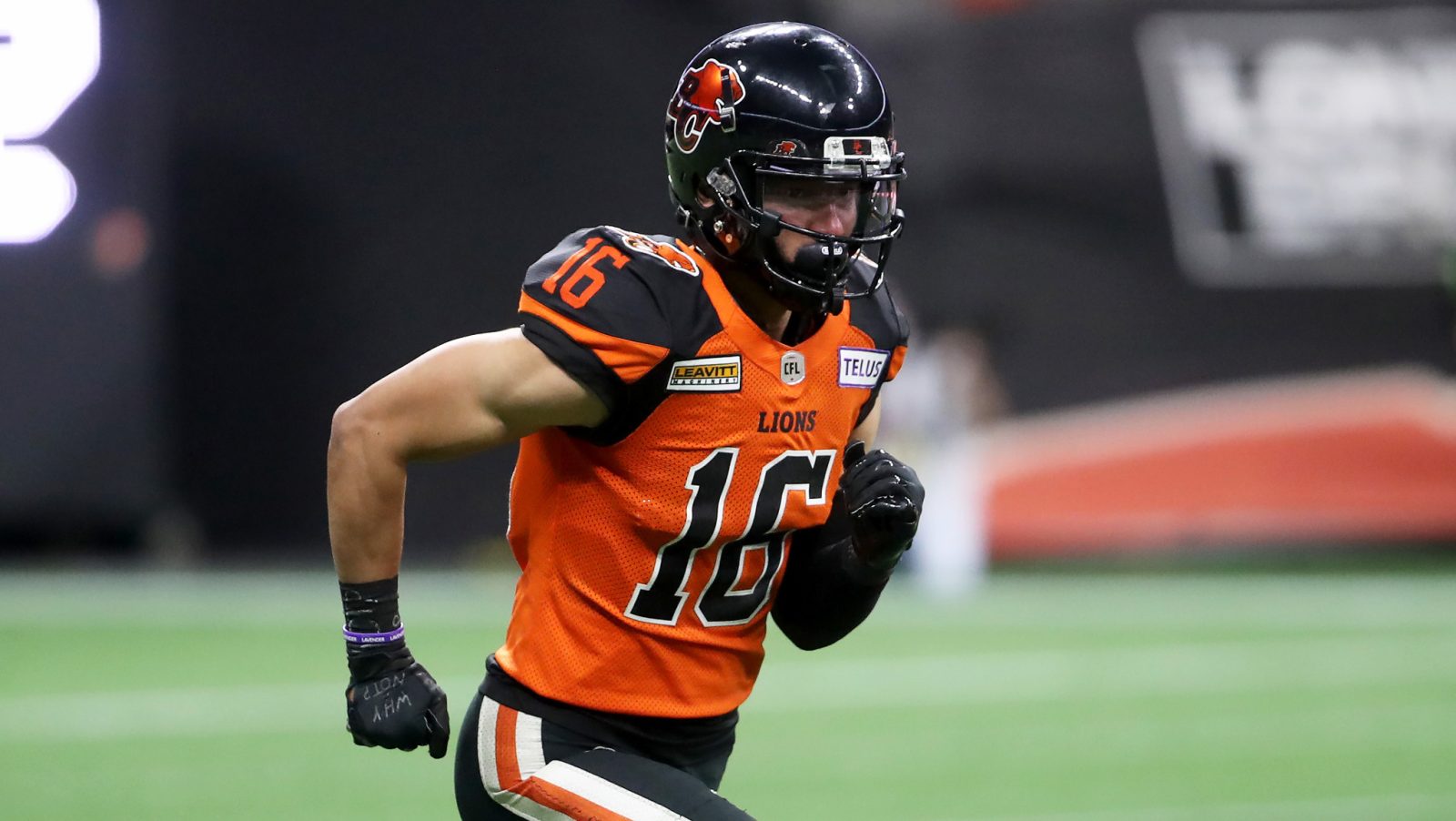 VANCOUVER — One of the BC Lions’ all-time greatest players and individuals is hanging up the cleats. Receiver Bryan Burnham announced his retirement on Tuesday morning after a remarkable eight-year career with the franchise that brought plenty of highlight-reel plays and clutch moments that Lions fans will cherish forever.

“It has been an honour to have spent my entire professional career with the BC Lions. This amazing franchise gave me the opportunity to continue my football journey. This is the product of hard work, sacrifice and love for the game,” said Burnham from his home in Tulsa, Oklahoma.

“I was always told to find my passion in life and chase it. Football was always my passion. I realize now that I have new passions: my wife and these kids are my passion. That’s what I’m going to chase now. I have so much love for the city of Surrey, city of Vancouver, province and British Columbia and for all of Canada. The CFL gave me an opportunity to truly live out my childhood dream of being a professional football player.”

Burnham’s Lion career was set in motion after an impressive performance at a Seattle free agent camp in May 2014 that led to a training camp invitation. The rest, as they say, is history.

After earning a practice roster spot while being assigned the non-traditional receiver number of 74, Burnham made his professional debut on September 19 of that 2014 campaign and would become a fixture in the lineup the following season.

“Bryan Burnham will go down as one of the best players and ultimate professionals to wear the Lion colours,” added co-GM and director of football operations Neil McEvoy.

“Watching him scrap and claw his way onto a roster that included plenty of great contributors at his position speaks to his overall character and commitment to the game of football. Both the BC Lions and Canadian Football League were better off for having him. His contributions both on the field and in the community were second to none.”

Added co-GM/head coach Rick Campbell: “I have coached many great players in my career and Bryan ranks up there with the best. It was an honour to work with him the past two seasons. Bryan’s commitment and approach to getting better each and every day was something that he passed onto many of his teammates and the young players who broke in after him.”

A four-time CFL All-Star, five-time West Division All-star selection and 2019 team finalist for CFL Most Outstanding Player, Burnham would go on to suit up in 105 regular season contests with the Lions and quickly established himself as one of the league’s top receivers and biggest highlight-reel machines.

Burnham is fourth on the Lions’ all-time list with 476 receptions and 7,212 receiving yards while his 42 touchdown receptions are good for sixth amongst all-time Lion receivers.