A look at the pending free agent defenders 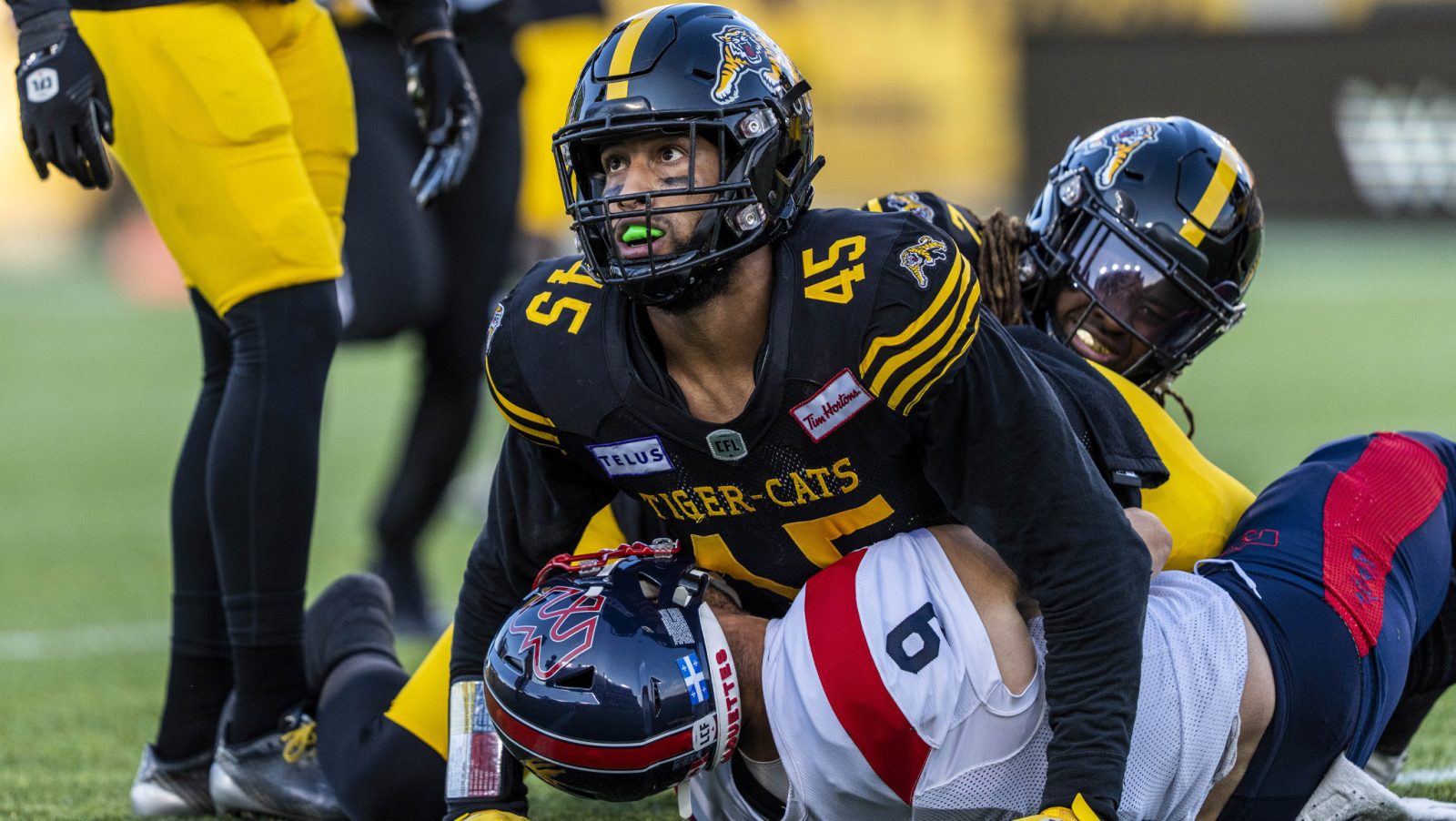 A look at the pending free agent defenders

Already this week, we’ve dug into receivers, running backs and quarterbacks to get a sense for what CFL free agency could look like come February. Now, we take a look at defenders across the CFL, with a slightly different twist.

There is plenty of time, and I’m working on new ways, to analyze defenders in a more specific and thorough way. For this article, I decided to do a top five at each level of the defence from lineman to defensive backs to linebackers.

There are 115 defenders still unsigned as of writing this piece, and I will be choosing just five from each positional group. This means leaving out All-Star caliber players like Julian Howsare, Ja’Gared Davis, Jameer Thurman, and many more.

Before attacking the positional top-five though, try piecing your own top five together. It’s an excellent exercise in appreciating the greatness of CFL defenders at all levels while also helping to narrow your focus as a fan on what matters to you and your football team ahead of the market opening.

From Obum Gwacham to Casey Sayles, Robbie Smith to Charleston Hughes, there is just about every body type and style of player you could ask for available in free agency this year on the D-line. Here are my top five.

Jake Ceresna
The Elks lone All-Star was a force through the middle all season long as Edmonton rotated, and occasionally traded away, solid pieces around Ceresna. All he did was come to Commonwealth and make plays each week that he put shoulder pads on. I don’t imagine the Elks will let him go anytime soon, but the NFL could come calling just as quickly.

Lorenzo Mauldin IV
The capital’s sack master, Lozo, exploded onto the scene after paying his dues in Hamilton – as fellow free agent Malik Carney is now. Once in Ottawa, the REDBLACKS pass rusher was special from start to finish, including playing through injury nearly every week down the stretch.

Micah Johnson
Does your team need a tackle who can anchor against the run game and somehow still find a way to make defensive plays despite being constantly double teamed? Look no further. If Hamilton is serious about another Grey Cup run while hosting in 2023, this extension is a must.

Pete Robertson
While the Riders offence gave up historic sack totals, Robertson was the trend setter for all defensive ends across the CFL when healthy in 2022. Should he test the free market, I bet he’ll like the offers that come rolling in.

Shawn Lemon
Last year I made a top-50 list for this article and Shawn Lemon wasn’t on it. I thought he was aging, didn’t have a great fit back in Calgary, and was just playing out the closing stages of his career. Was I ever wrong.

All-Star after All-Star after All.. well you get the idea. This group is, predictably, loaded with top end talent and usually becomes of the top end positional groups with more player movement. Here are some names that could hit the market and change your team’s defence immediately.

Cameron Judge
Leading the CFL with 11 big plays made (sacks, interceptions, forced fumbles, etc.) Judge confirmed his worth immediately for the Stampeders and should return as their Swiss Army Knife in 2023.

Darnell Sankey
With 120 total defensive plays made, no single player influenced the game on a snap to snap basis more than Darnell Sankey in 2022. He finished the season with a ridiculous 120 tackles made, 19 ahead of second place and teammate Larry Dean.

Larry Dean
A year after suffering a season ending Achilles injury in pre-season training, Larry Dean returned from two years away from football to finish second in the CFL with 108 total tackles despite having to compete with teammate Darnell Sankey for the stat every play. Stud.

Wynton McManis
Before injury, Wynton McManis epitomized leadership on and off the field by playing special teams and leading the league in many defensive categories, anchoring the weak side linebacker spot vacated by Cameron Judge in the Metchie trade. He’s absolutely one of the best playing our game right now and will likely hear offers pending his injured arm healing properly. It was a shame he wasn’t able to play in the Grey Cup, but he brings that championship essence anywhere he goes.

Jovan Santos-Knox
While Henoc Muamba rightfully owned the Grey Cup podium a few weeks ago, another Labour Day middle linebacker was consistently the best in the East Division this season. Santos-Knox took what felt like a career leap forward to star level play without Simoni Lawrence by his side for much of the season and finished third in the CFL with 105 tackles, one of only three players to break the 100-tackle mark.

Long corners, physical halfbacks, and rangy safeties make us this list of available names. Mike Jones might leave Montreal after a two interception Eastern Semi-Final, Royce Metchie could be sought after following a Grey Cup win as starting free safety for Toronto, while Brad Muhammad, Nick Taylor, Nafees Lyon, DaShaun Amos and T.J. Lee all have the right to stake their claim as best available.

Jonathan Moxey
With 23% per cent of all Calgary knock downs, Moxey is a long, athletic and talkative defender who matches up well with most receivers around the CFL and isn’t afraid to jump a route in zone.

Garry Peters
The best defensive back in a stellar BC Lions group, T.J. Lee made a lot of plays for the Lions but there is nobody who can touch Peters, who finished tied second in the CFL with five interceptions this season.

Jumal Rolle
When the Ticats said goodbye to Delvin Breaux, there was a belief around the league Jumal Rolle would seamlessly fit into the boundary corner. Over two seasons he has quickly become one of the better technically adept corners with a natural ability to play the ball. I think Rolle is a Tiger-Cat for a long time, unless someone comes calling with an aggressive offer.

Nick Marshall
Another season with a handful of interceptions, another trip to the end zone on defence, and another chance to re-up.. or test his interest level elsewhere. Marshall is often a hot topic this time of year, but there is no doubting he delivers production.

Wesley Sutton
In a defensive secondary that I often felt lacked identity this season, perhaps due to the coaching change and time needed adjusting to Noel Thorpe’s style, Sutton finished the year with a sneaky good nine pass knockdowns and 79 tackles, the highest of any non-linebacker.