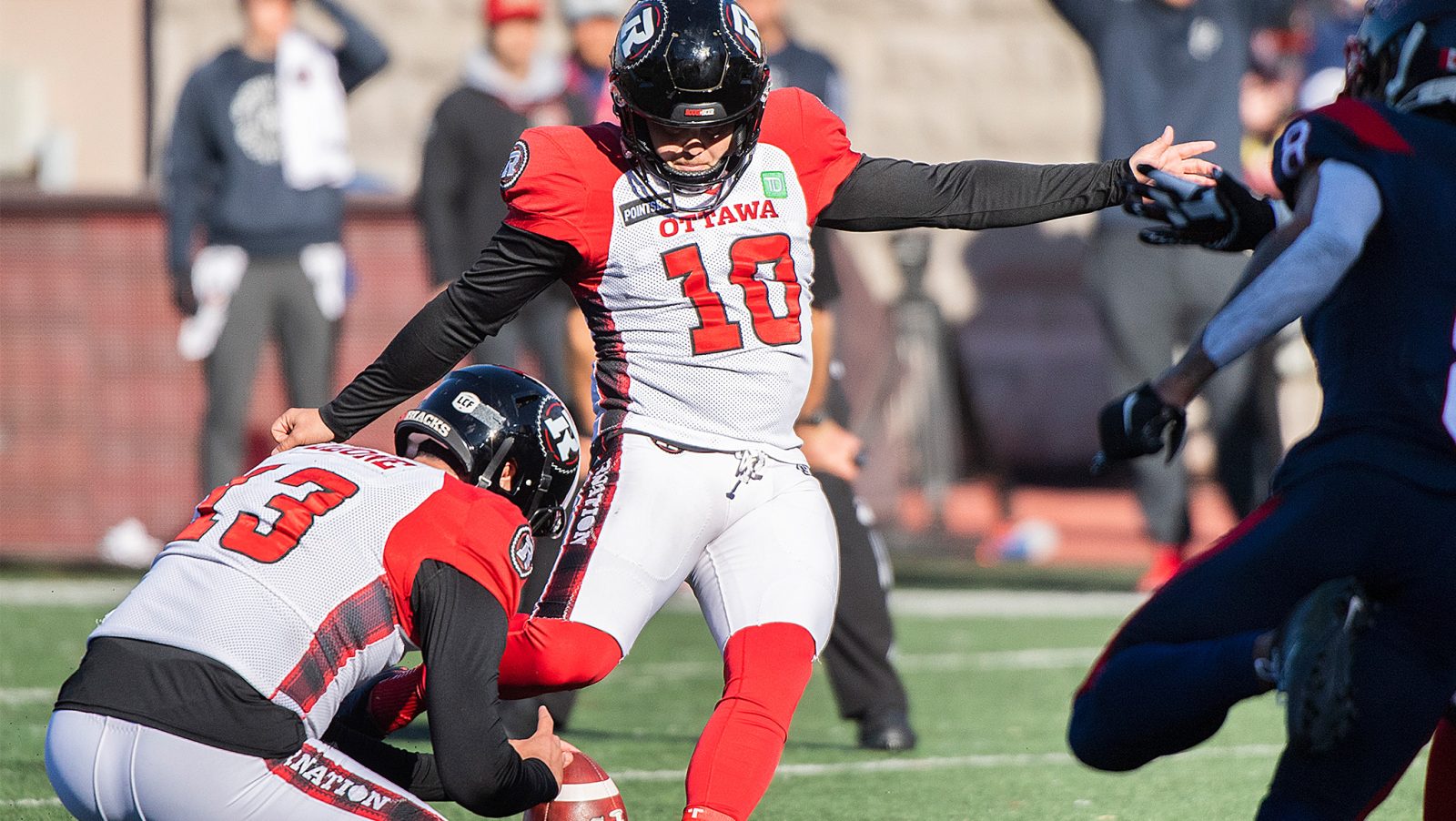 OTTAWA — The Ottawa REDBLACKS announced they have reached an agreement with Lewis Ward, keeping the record-setting kicker in the nation’s capital through the 2024 CFL season.

“I’m extremely excited to be back in Ottawa for another two years, to help us get back to the level that we expect,” said Ward. “We have great people in this building, we have a lot of talent here, and we have the leadership of Coach Dyce. I’ve been blessed to have him as my special teams coach, and I’m excited to be here for the next couple of years.”

Ward, 30, signed with the REDBLACKS on January 3, 2018, after going undrafted the year prior. Following a first season that saw him named the CFL’s Most Outstanding Rookie, Ward went on to set the professional football record for consecutive field goals made (69), and also holds the CFL single-season record with a 98.1 made field goal percentage in 2018.

Born in England, and raised in Kingston, Ontario, Ward matched the second-best field goal percentage of his career in 2022, converting 49 kicks on 57 attempts.