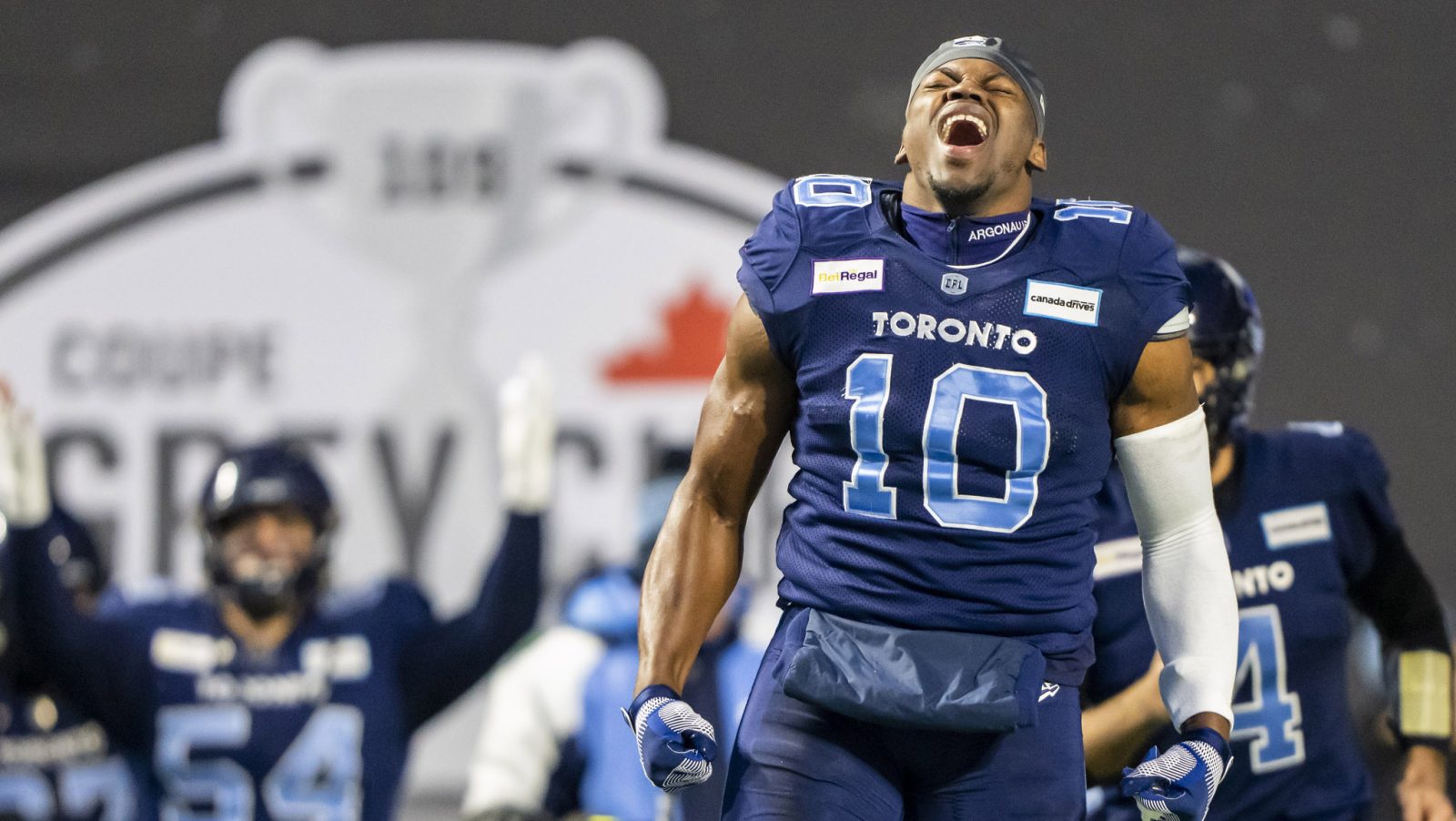 TORONTO — The Canadian Football League has released its full schedule for 2023.

“From the first regular season game next June to the 110th Grey Cup in November, it promises to be a season of big plays and big fun right across the country,” said Randy Ambrosie, the Commissioner of the CFL.

The season is packed with all the features fans love: warm summer nights at the stadium, crisp fall afternoons during the playoff push, and the iconic Grey Cup championship game, which is set for Sunday, November 19 at Tim Hortons Field in Hamilton.

But there are also some significant changes this year: the playoffs are moving from Sundays to Saturdays and there are 11 games on Sundays in the summer.

Plus, there are other improvements, including:

“This schedule reflects our best effort to engage all of our fans,” Ambrosie said.

“It’s a positive response to input we’ve had from our ticket-buying fans. But it also includes some different approaches designed with our broadcast audiences in mind.”

Season tickets for all nine CFL clubs are on sale now. The entirety of the 2023 season will be broadcast exclusively in Canada by Bell Media on TSN and RDS. The league’s US broadcast plans will be announced in the new year.

THE HAMMER AWAITS
​The East and West Division champions will meet in the 110th Grey Cup on Sunday, November 19. Kickoff is slated for 6 p.m. ET.

PLAYOFF SATURDAYS
​For the first time since 2008, divisional playoff games will be played on Saturdays. The Semi-Finals will take place on November 4, before the winners of the Finals are crowned on November 11.

KICK-OFF WEEKEND
​Following a slate of nine pre-season contests, the regular season begins June 8 with the BC Lions travelling to Calgary for a Thursday Night Football match-up with the Stampeders. The following evening, the 26th season of Friday Night Football gets underway with the Hamilton Tiger-Cats visiting the Winnipeg Blue Bombers. The action heads east on Saturday, June 10 with the Ottawa REDBLACKS facing the Alouettes in Montreal. Opening weekend wraps up on Sunday, June 11 with the Edmonton Elks hosting the Saskatchewan Roughriders.

ARGOOOOS
​The Toronto Argonauts will raise their 2022 Grey Cup Championship banner on Sunday, June 18 before opening their season against the visiting Tiger-Cats.

A LABOUR OF “NO LOVE LOST”
​The OK Tire Labour Day Weekend kicks off on Saturday, September 2 with BC in Montreal. All eyes turn to Mosaic Stadium on Sunday with the Blue Bombers in town. Holiday Monday features some of the league’s fiercest rivals: the Tiger-Cats welcome the Argos to Hamilton and the Elks host the Stampeders.

O CANADA
​The Red and White will fly freely over the CFL with a trio of Canada Day weekend matchups: the Elks will visit the nation’s capital to face the REDBLACKS on Friday, June 30 and Montreal will host Winnipeg on Saturday, July 1. The Lions will visit Toronto on Monday, July 3.

GIVING THANKS
​Thanksgiving Monday on October 9 features a matinee matchup between Montreal and Ottawa. The contest will cap CFL Thanksgiving Weekend presented by Purolator, which also includes a doubleheader on Friday, October 6 with the Elks in Toronto and the Blue Bombers travelling to Vancouver, as well as, the Tiger-Cats visiting Saskatchewan on Saturday, October 7.

THE CLASS OF ‘23
​The gates of the Canadian Football Hall of Fame and Museum in Hamilton open wide for the induction of the Class of 2023 on Friday, September 15. The annual Hall of Fame Game on Saturday, September 16 will feature the Tiger-Cats hosting the Blue Bombers, and a halftime tribute to the newest members of Canadian football’s most exclusive club.

The CFL – a proud part of Canada’s sporting and cultural fabric with millions of fans across the country – has been the home of elite-level, professional Canadian football since 1958. Teams have competed for Canadian football’s ultimate prize, the Grey Cup trophy, since 1909.