Ferguson: Exciting matchups for each team in 2023 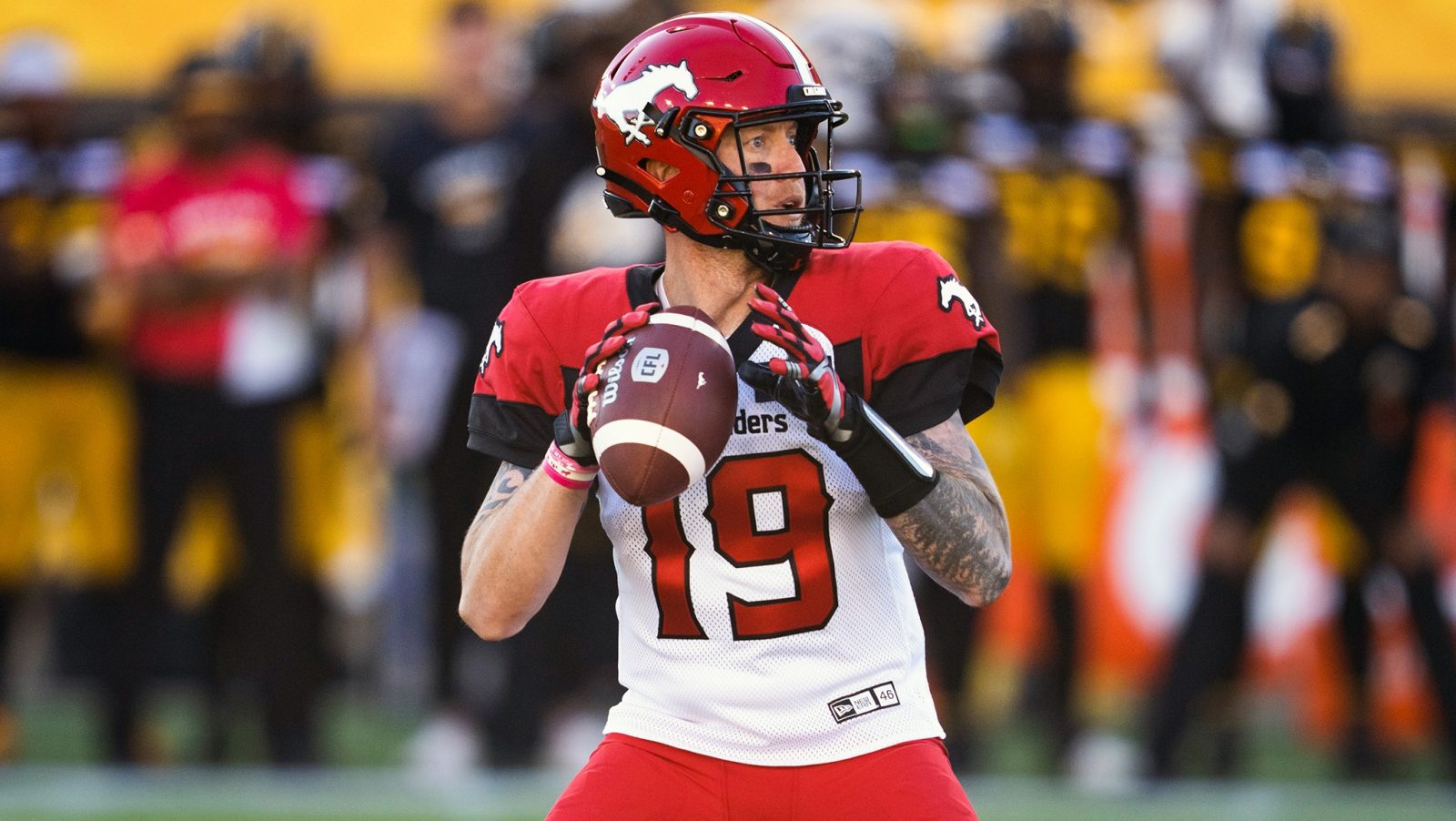 Ferguson: Exciting matchups for each team in 2023

Schedules are subjective. Interpretations of schedule successes and failures is clearly influenced by personal feelings, tastes, or opinions on what should be. The reality is that much more goes into schedule creation than any one of our wants or needs, resulting in schedules that habitually frustrate some while exciting others.

When the CFL schedule came out Tuesday I had questions based on my own personal leanings. I wished for a Bo Levi Mitchell return to Calgary, and that the Toronto Argonauts would host the Winnipeg Blue Bombers for Week 1 in a Grey Cup rematch. But those are my personal preferences, and not always possible based on the pile of other logistics and guidelines the league must live by.

There is no need to focus on the ‘what ifs,’ though, the schedule as always will deliver plenty of excitement and provide opportunity for you, your friends and family to make memories in person next year. And let’s be honest, sometimes the most memorable games are the matchups you would least expect, like the Montreal Alouettes’ 20-17 overtime win in Winnipeg or Nathan Rourke’s BC Lions storming back to a 34-31 road win against the Ottawa REDBLACKS.

With that in mind, I’ve picked one game for each team that has my attention, traditional or not.

Week 1 – BC Lions at Calgary Stampeders

Last season the Lions were 2-0 against the Calgary Stampeders with two different quarterbacks. The first was a transcendent performance from Rourke as Bryan Burnham gave us one of his last great shows before recently announcing his decision to retire. The second was a scrappy effort from the freshly acquired Vernon Adams Jr. that went down to the wire.

Come Week 1 of 2023 the Lions could potentially find themselves without Rourke, and maybe even Adams Jr. The matchup is a mystery, but the product should be sensational.

The one that got away. The Edmonton Elks were in control last year at home against Montreal before the Alouettes got two late game stops, one which resulted in a 100-yard return touchdown by Tyrice Beverette.

This game will give me deja vu from kickoff to final whistle, will the Elks – or what’s left of their 2022 roster – harness that same energy? 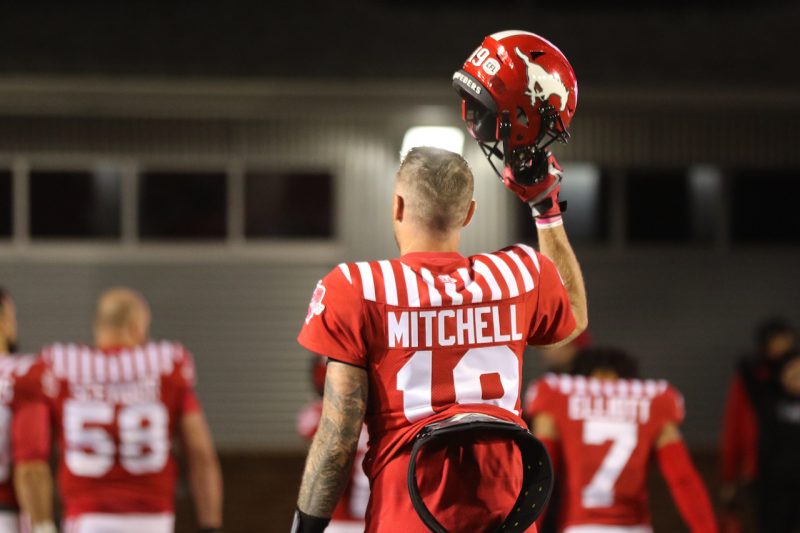 The Stamps only matchup with Bo Levi Mitchell, should he sign with the Hamilton Tiger-Cats, will come on the road at Tim Horton’s Field in what will be a head shaking night for fans who will potentially be seeing someone not wearing No.19 playing quarterback on the other side.

Tom Brady still looks strange to me in a Tampa Bay Buccaneers uniform, Joe Montana will never be remembered as a Kansas City Chief, and Mitchell will always resonate with the Red and White, no matter where he ends up this offseason.

With their offensive coordinator secured, the quarterback situation is very much in limbo at this time for the Saskatchewan Roughriders. Whoever gets entrusted with the lead role in Saskatchewan will have a chance in just Week 2 to send a major message against their Labour Day foes well before the national celebration comes.

In their lone meeting against Toronto, Winnipeg will host the team who beat them in what was an iconic 109th Grey Cup game. IG Field is always charged up, if the Bombers and Argos are in healthy playoff positioning late in the season this will once again be a memorable matchup with plenty of hype on the same weekend of Bo Levi Mitchell’s potential reunion with Calgary.

If Mitchell does sign in Hamilton this is the date.

Legends are made in Grey Cups, but generations of Southern Ontario families have memories made on Labour Day. No.19 leading the Ticats on Labour Day against the defending Grey Cup champion Argonauts? Imagine that environment.

The Argos won’t get a chance to play Week 1 as they have a bye to start the season for the third time in four years, but the 2023 version of the Double Blue will welcome Hamilton to town for a Sunday night showdown as the sun rises on their title defence while setting over BMO Field. 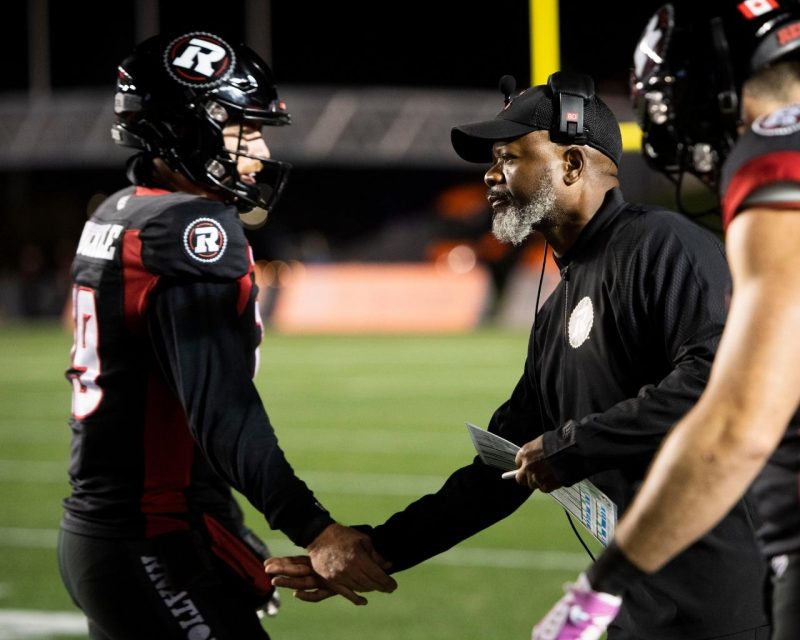 After serving as the Ottawa REDBLACKS interim head coach to end the 2022 CFL season, Dyce was hired as the third head coach in REDBLACKS franchise history in early December (Patrick Doyle/CFL.ca).

One of several games that Ottawa could and should have won in 2022 to end their unthinkable home losing streak. The REDBLACKS will once again welcome Calgary to town in Week 2 with their first chance to end the drought and reward their loyal fans.

If a win doesn’t come, this game is followed by a bye and do Bob Dyce and the Ottawa coaching staff really want an extra week of early season questioning? Ottawa fans have been incredibly patient and supportive, but a win here would do wonders for fan base and team morale alike.

The Als play Ottawa four times in 2023 with the final regular season tilt coming in Week 18 as the backend of a home-at-home. A solid rivalry has been growing between the two in recent years as the odd teams out in the East Division over the Labour Day weekend. I have a feeling this one might be for playoff positioning in a charged up Percival Molson Stadium.