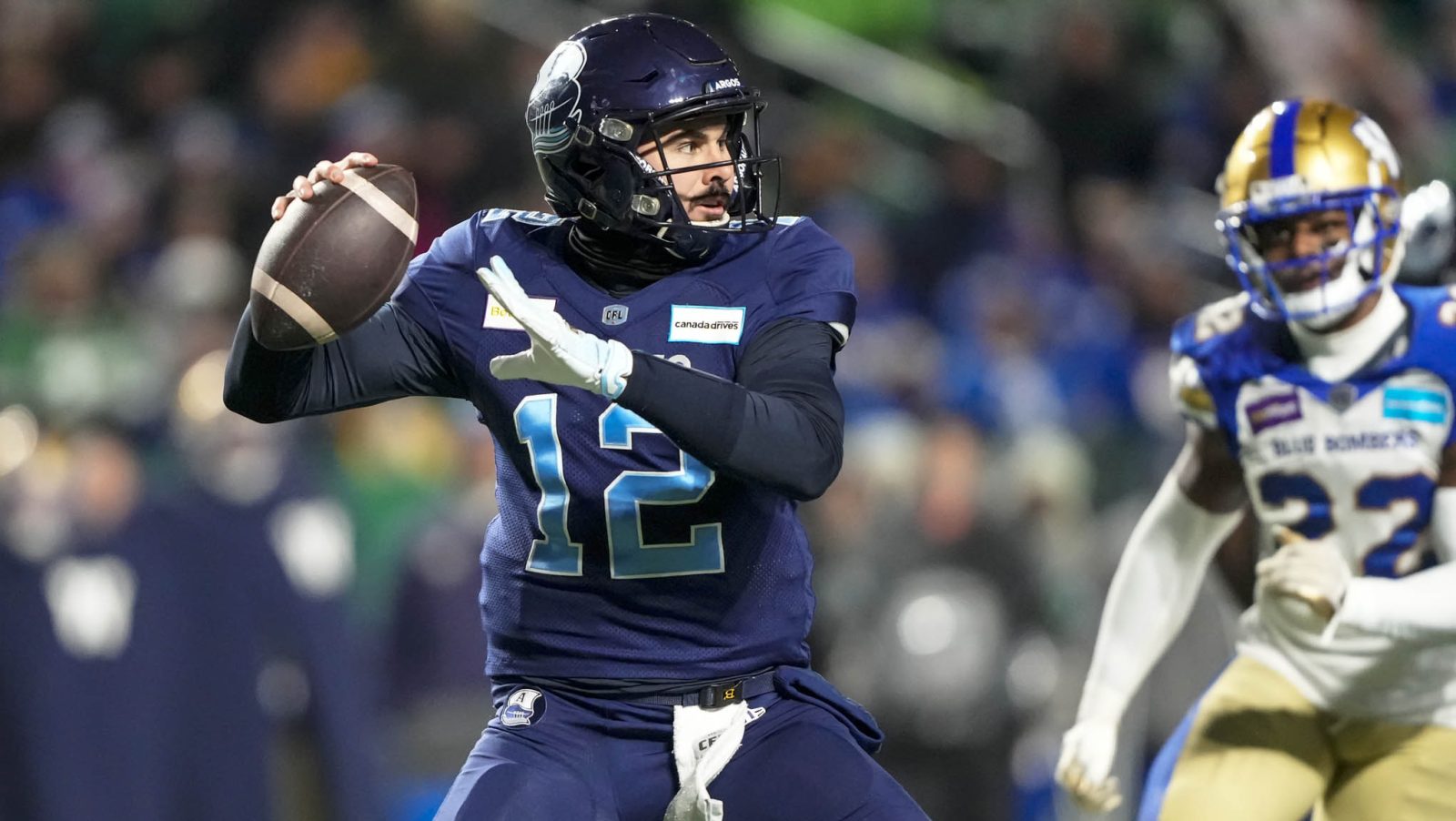 I’d like to thank the CFL.ca editorial staff for assigning me the painstaking task of paring down the best games of 2022 to just this list of 10 games. I jest, of course, because putting this list together was a lot of fun. In saying that, though, there are multiple games I feel bad about not including.

But we had to get this thing down to 10, so decisions had to be made! Can you guess what No. 1 is going to be?

This installment of the Battle of Ontario will always be remembered for Jamal Peters and his three interceptions, including a game-sealing pick-six in the fourth quarter.

Smack dab in the middle of a stretch where these two rivals played four times in five weeks, the Argonauts scratched and clawed to erase a 16-10 halftime deficit. Toronto eventually triumphed by a score that looks far more lopsided than the game actually was.

Touchdown Atlantic was an absolute hit in Wolfville, N.S., thanks to this thriller that came right down to the wire. In front of 10,886 fans at Acadia’s Raymond Field, the Argos once again needed defensive heroics to ensure a victory. That shouldn’t be a surprise coming from the team that lead the CFL in turnovers in 2022.

This time, it was linebacker Wynton McManis’s turn to be the gamebreaker. Trailing 24-22 with less than three minutes to go, McManis picked off Cody Fajardo for a 50-yard touchdown return on what was a great afternoon on the east coast.

Elks fans look away! Leading 18-17 in the fourth quarter, Edmonton was SO close to their first home win since 2019 and were at the Montreal four-yard line with a chance to move into the driver’s seat. And then everything changed.

Defensive back Adarius Pickett knocked down a Taylor Cornelius pass right into the arms of linebacker Tyrice Beverette in a stunning turn of events. Beverette then put together an incredible 100-yard return to keep the Elks winless at Commonwealth Stadium.

In what felt like a heavyweight showdown at IG Field, the Bombers and Stampeders went back and forth all night. Dakota Prukop’s fourth quarter quarterback sneak ended up being the difference on an evening full of fireworks.

Greg McCrae opened the scoring for Winnipeg with an incredible catch with Brad Muhammad draped all over him. On the other side, Calgary got 122 receiving yards and three touchdowns from Malik Henry.

The Alouettes clinched a playoff spot on the road thanks to a great second half comeback at TD Place. Montreal trailed 24-17 at the half and 30-27 in the fourth quarter but found a way, thanks in large part to a Chandler Worthy punt return with just over seven minutes to go.

Starting at the Ottawa 23, Dominique Davis finished off a game winning drive with a quarterback sneak to punch Montreal’s post-season ticket. Also notable in this game was running back William Stanback’s first touchdown after missing most of the season with an ankle injury.

The Blue Bombers earned their shot at a date with destiny and a Grey Cup threepeat in a tense playoff win over Nathan Rourke and the Lions. Despite leading for the majority, this one never felt truly comfortable for Winnipeg. But as they had done all season, the Bombers figured it out.

Of note, Janarion Grant returned his first of two playoff special teams touchdowns as part of the win. Grant redeemed himself after fumbling in the first quarter, which allowed BC to take its only lead of the game.

The Als handed Winnipeg their first loss of the season, and denied them going 10-0, in a great Thursday night affair. Trailing 17-10 in the fourth quarter, Trevor Harris led Montreal on an 11-play drive that culminated with another Davis quarterback sneak touchdown. And then things went nuts.

The Bombers responded by moving into field goal range late in regulation before Marc Liegghio shanked it and missed wide left. After David Cote booted one through for the Alouettes on their first overtime possession, Liegghio clanked his response off the upright to draw things to a conclusion.

The Argos never trailed in their first playoff game of 2022, but things got far too close a couple times. Toronto held a 21-3 edge in the second quarter, but Montreal closed to within three on two separate occasions in the third. In the end, though, a Kurleigh Gittens Jr. 31-yard touchdown catch from McLeod Bethel-Thompson was enough for the Argonauts.

The Lions trailed 30-18 at the half, 33-21 after three quarters, and 40-31 with less than seven minutes remaining…and yet, they still found a way to pull this one out. BC’s Nathan Rourke was spectacular in the second half and led the team on multiple scoring drives, including a game winning march finished by a 25-yard Sean Whyte field goal.

Rourke finished the affair with 488 passing yards and four total touchdowns, two through the air and two on the ground. The Lions comeback spoiled Bo Levi Mitchell’s historic night, as he passed Henry Burris in the first quarter as Calgary’s all-time leader in passing yards.

Was there really any other choice? Heck, the final two minutes and nine seconds of this epic championship showdown gave us not one but two blocked field goals. Robbie Smith’s block for the Argos ended up being the last meaningful play of the game to prevent Winnipeg from winning a third straight Grey Cup.

Honestly, though, what didn’t this game have? Janarion Grant returned a punt 102 yards for a touchdown to set a Grey Cup record. McLeod Bethel-Thompson’s injury made way for Chad Kelly at quarterback, which ended up being crucial in Toronto’s comeback. A.J. Ouellette busted off two bruising touchdowns runs. Andrew Harris won his third straight title.

I think I covered everything in what was one of the most thrilling and eventful Grey Cup games I’ve ever seen.