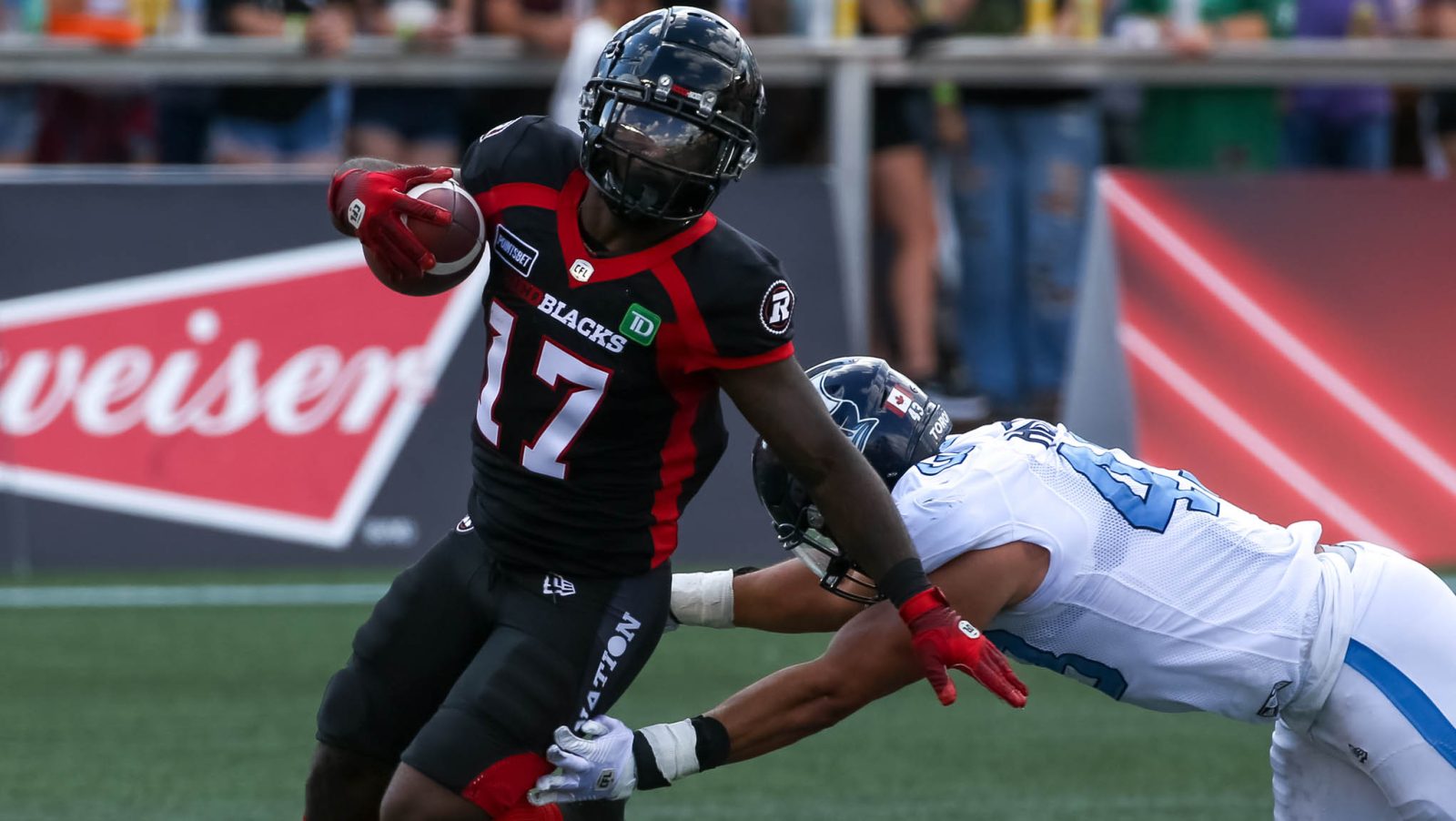 OTTAWA — The Ottawa REDBLACKS are bringing back receiver and return specialist DeVonte Dedmon for two more years, the club announced Tuesday. He was set to become a free agent in February.

“There’s nowhere else I’d rather be. This is home,” said Dedmon. “I’m excited to be back with my teammates and to have the opportunity to learn from this great coaching staff. I believe in this group. This is my family.”

Dedmon, 26, broke out with Ottawa during the 2021 season, following a standout rookie campaign in 2019. He totalled 2,841 return yards, and with three touchdowns, became the fastest player in CFL history to record five return touchdowns in his career. For his efforts, Dedmon was named the CFL’s Most Outstanding Special Teams Player, along with earning CFL All-Star honours. He rejoined the REDBLACKS during the 2022 season after pursuing an NFL opportunity with the Miami Dolphins.