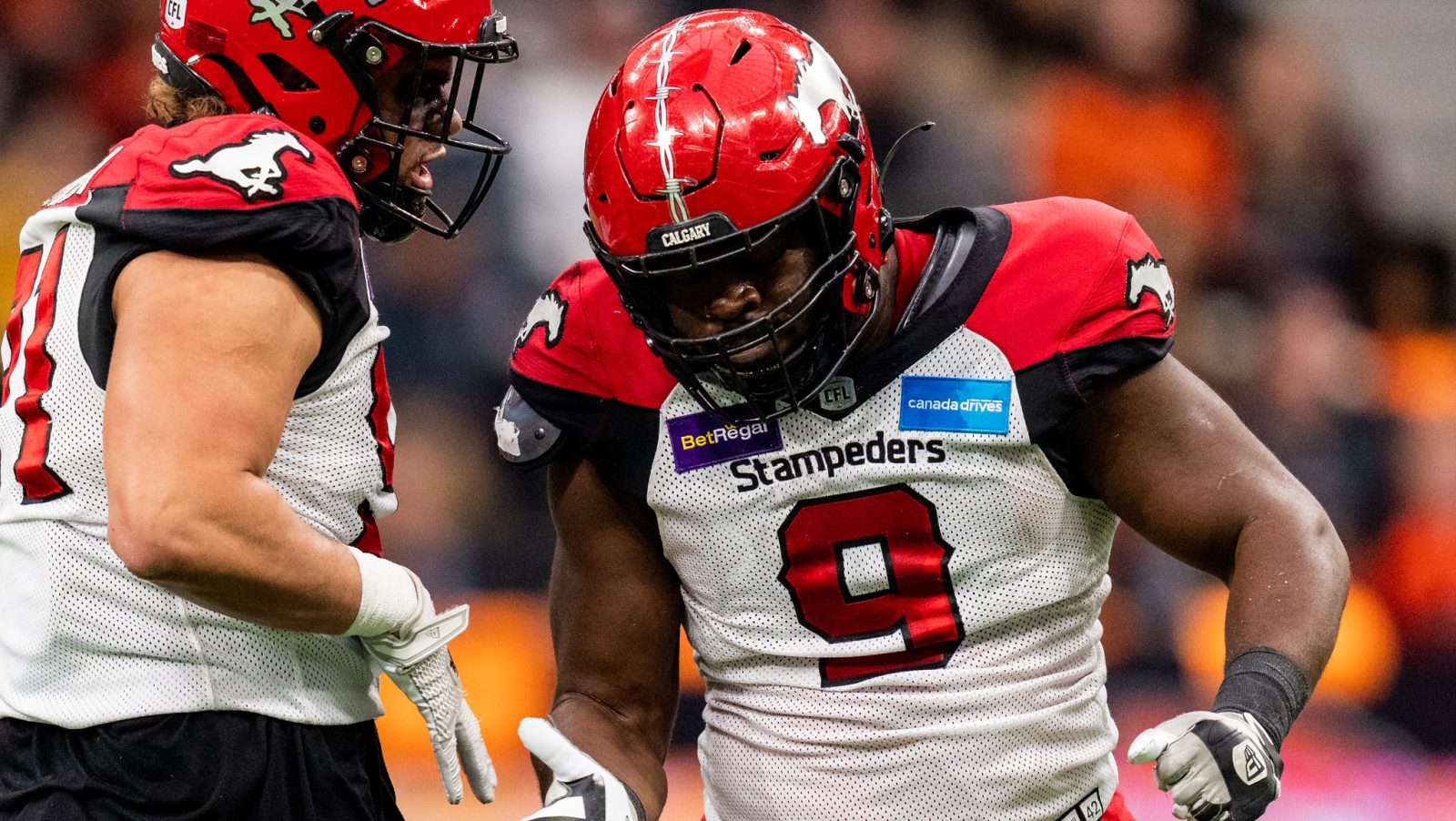 With a ton of players due to become free agents on February 14, the next few weeks will be a busy time for general managers across the league.

There are plenty of stars that hold expiring contracts, so there’s bound to be a few that will hit the open market as front offices decide who to make a priority this off-season.

As the calendar flipped to 2023, a few new contracts have already been signed, but who else should be at the top of every team’s list to keep around? This was, unsurprisingly, a difficult list to put together. I did my best to play arm-chair general manager, but struggled to choose just one player from every squad.

Here’s a pending free agent that every team should try and keep.

When Andrew Harris went down with an injury mid-way through the season, A.J. Ouellette carried the rock admirably in the veteran back’s absence. And when Harris returned for the Eastern Final, the pair worked nicely in tandem together.

The five-foot-nine, 208-pound Ouellette showed off his ability to not go down after first contact, or sometimes even second or third, and his skills as a pass-catcher (of Ouellette’s 350 receiving yards, 293 were after the catch) and blocker, giving Toronto options with their offence with him on the field.

But what really solidified for me that the Argos should keep him around was his performance in the Grey Cup. The hard-nosed runner didn’t shy away from the magnitude of the biggest game of his career, scoring two touchdowns, helping Toronto to capture the 109th Grey Cup.

Last season’s East Division’s Most Outstanding Player? Yeah, I think he’s pretty important to get back under contract. Eugene Lewis enjoyed the best season of his career in 2022, hauling in a career-high 1,303 yards on a career-high 91 catches. He also caught the most touchdowns of his five-year CFL tenure, with 10 on the campaign.

Highlight reel catches became routine for Lewis in 2022, the kind of catches that left everyone in awe saying, ‘how did he do that?’ Danny Maciocia and co. will surely want his production, and wow-factor, back in the only colours Lewis has ever known in the CFL.

It wasn’t until Lorenzo Mauldin IV left the Hamilton Tiger-Cats and joined the Ottawa REDBLACKS that the 30-year-old was able to show just what kind of pass rusher he really is in his breakout season.

He wreaked havoc on opposing offences in 2022, helping to anchor an Ottawa defence that recorded 47 sacks on the year (second-most by any team). Of those 47 quarterback takedowns, 17 were courtesy of Mauldin, who led the league in the category. He also tallied 43 tackles and forced two fumbles, with a three-sack outing in Week 17 against the BC Lions.

With that kind of skill on the edge of the defensive line, and a Most Outstanding Defensive Player award to show for it, there’s no doubt that general manager Shawn Burke will hope Mauldin is back in red and black this upcoming campaign.

Yes, there is a quarterback by the name of Bo Levi Mitchell that the Ticats currently own the rights to but, hear me out here. Steven Dunbar should be one of the top priorities to get signed to a new deal. Dunbar had an excellent second season in the CFL, quickly solidifying himself as one of the elite pass-catchers in the league.

With a number of different pivots throwing his way in 2022, the 27-year-old still managed to haul in 72 passes for 1,000 yards and six major scores, averaging 13.9 yards per catch. He’s a big body receiver at six-foot-three and 202 pounds that any quarterback behind centre in Hamilton would be thrilled to throw to.

Plus, I’m sure the Ticats would welcome many more one-handed grabs courtesy of Dunbar in the 2023 campaign.

Rasheed Bailey had the best season of his CFL career in 2022. He hauled in 63 passes for 729 yards, 238 of those after the catch, and nine touchdowns, averaging 11.6 yards per reception.

But it’s his ability and willingness to block that sets him apart from the crowd. If you watch any offensive play that the Bombers run, you’ll likely see Bailey running at a defender and not shying away from trying to bulldoze his way through him. He’s physical and has the skillset to haul in the tough catches and touchdowns (we all remember how he stretched out for the major score against the Riders?)

How could the 2022 tackle leader not be one of the top priorities for general manager Jeremy O’Day to sign to a new contract? Sankey has led the league in tackles for the last two seasons, tallying 120 in 2022 and 97 in 2021. The 28-year-old also collected three sacks, two forced fumbles, and his first CFL interception in Saskatchewan last season.

After just two seasons in the league, you could argue that Sankey is now one of the top linebackers that has a nose for getting to the football. Keeping him around just makes sense.

There was plenty of love for Shawn Lemon, who is also a pending free agent, in Calgary in 2022, and for good reason. But I’d like to focus on one of his defensive line mates in Folarin Orimolade.

Orimolade was part of one of the best front sevens in the league last season, amassing 37 tackles, six sacks, a pick-six, and a forced fumble. He was also excellent in the Western Semi-Final against the BC Lions with his forced fumble, six tackle, and two sack performance.

The 27-years-old defensive end should be sought after by newly named general manager Dave Dickenson to get signed to a new deal before he hits the open market in February.

In a season that many Edmonton Elks fans would like to forget, there was one person that everyone could rely on for some excitement and he goes by the name of Kenny Lawler.

In just 12 games, the 28-year-old reeled in 894 yards – if he played a whole season, he was on pace for 1,341 yards. He averaged 15.4 yards per catch and caught five touchdowns in his first year in Edmonton. Chris Jones and co. may want to make some changes to their roster this off-season but keeping this kind of receiver around should be a no-brainer.

There were three running backs that went over the 1,000 yard mark in 2022 and one was James Butler. Butler was an excellent compliment to the BC Lions aerial attack, rushing for 1,060 yards, averaging 5.0 yards per carry, and seven major scores. He also got in on the receiving game himself, hauling in 53 passes for 384 yards, 344 of those coming after the catch, and four touchdowns through the air.

He also was a major part of the Lions Western Semi-Final win against the Stampeders, carrying the rock 20 times for 95 yards. There should be no question that Rick Campbell and Neil McEvoy would want to try to keep the 27-year-old in the Lions Den in 2023.