Cauz: Impactful pending free agents you may not think of 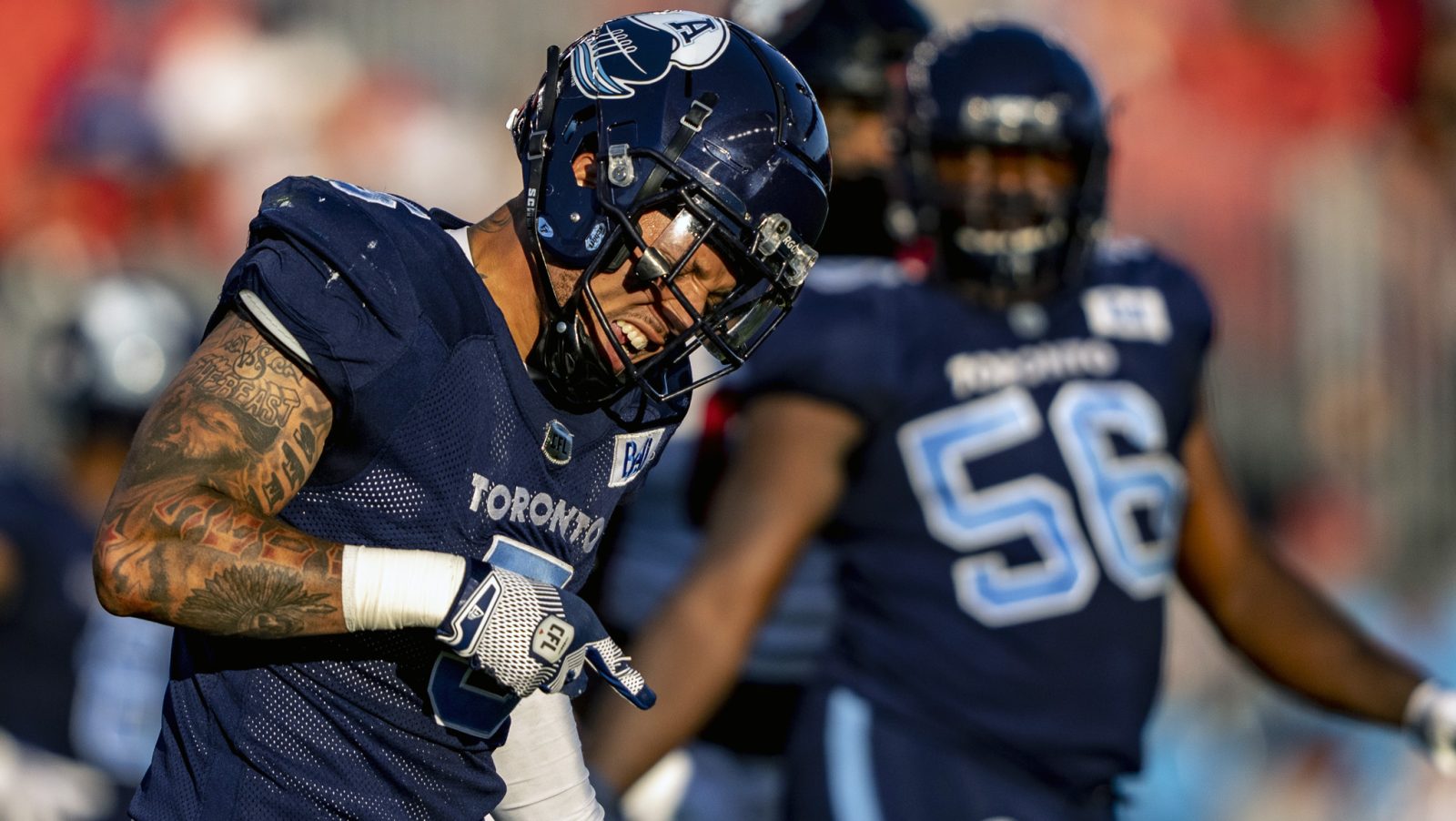 Cauz: Impactful pending free agents you may not think of

Last week I put together a dream roster made up entirely of pending free agents, some of whom are no longer on the market. That list included plenty of big names and All-Stars, the kind of players who make headlines the moment the ink is dry on that new contract.

But on any active 45-man roster not every player is going to be highly decorated. The salary cap and basic human ego makes that impossible. The foundation of a Grey Cup-winning team is of course high-end talent, but the bricks and mortar are made up of solid contributors who aren’t stars but can still make a tangible difference week in and week out.

There is an excellent chance your favourite team will sign a guy that won’t make front page news and their addition will soon be forgotten. But by Labour Day, this same player will be indispensable to your team, and you can’t imagine a world where Player X isn’t starting.

There are so many of these individuals out there and many of them will actually hit the open market unless nine general managers have made it their mission to make my life as difficult as possible.

I have put together a list of your classic under-the-radar players who may not move the needle when the transaction is official but will make an impact down the road. There is one main rule that I have self-imposed; not one of these players has ever made an All-Star team. This list is about finding value, players who have not yet hit the pinnacle of their professional careers.

I know what you’re thinking, how could you include a quarterback with only a handful of starts in his two-year career who has served up seven more interceptions than touchdowns?

Let me take you back to October 3, 2017. On that date the Hamilton Tiger-Cats added an unknown quarterback named Dane Evans to their practice roster. Don’t worry I also didn’t remember when this occurred. Yes, Evans has had an up and down career with Hamilton, but he has also won a bunch of playoff games and started two Grey Cups. Not bad production from a player who made the team in such an unassuming way.

In this “other” Evans you get a quarterback still too young (24) to rent a car in the United States with nearly 400 pass attempts under his belt. Last season Evans was named one of the top performers for Week 8 leading the Ottawa REDBLACKS to a 23-13 win over the Toronto Argonauts.

Right now, he is an unspectacular but raw quarterback, an excellent short yardage option and in a league where quarterback health is never guaranteed, he could be a more than useful back-up with the potential for more. 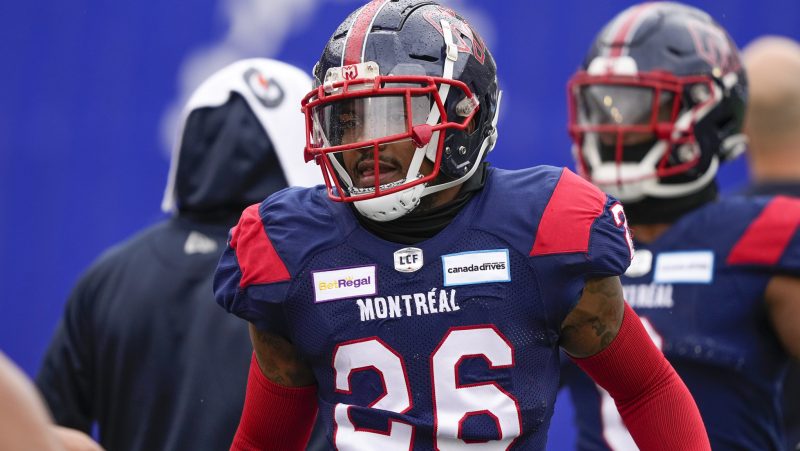 Tyrice Beverette tallied 56 tackles on defence and 21 on special teams to go along with an interception, a touchdown, and a forced fumble (Kevin Sousa/CFL.ca)

Don’t take my word for it, listen to fellow CFL.ca employee Don Landry in his New Year’s Eve column when he gave this advice to the Montreal Alouettes: “Don’t even think about breaking up with: Tyrice Beverette.”

The 27-year-old linebacker, like Evans, had his own moment in the sun with a 100-yard interception return touchdown helping Montreal in their Week 17 win over Edmonton that got him a Top Performer of the Week nod.

Beverette is your classic ‘jack of all trades, master of none’ player and I mean this in the best possible way. Beyond his usual role as linebacker Tyrice was used as a safety for parts of the 2022 season and was the only player to surpass 50 tackles while contributing over 20 special teams tackles. Thanks to the Alouettes website for supplying me with that nugget!

Similar to Beverette, this list embraces players with positional versatility. During his days in Hamilton, Ciraco has played both guard and in 2021 he started 12 games at centre. It’s always handy to have that line flexibility when injuries occur. 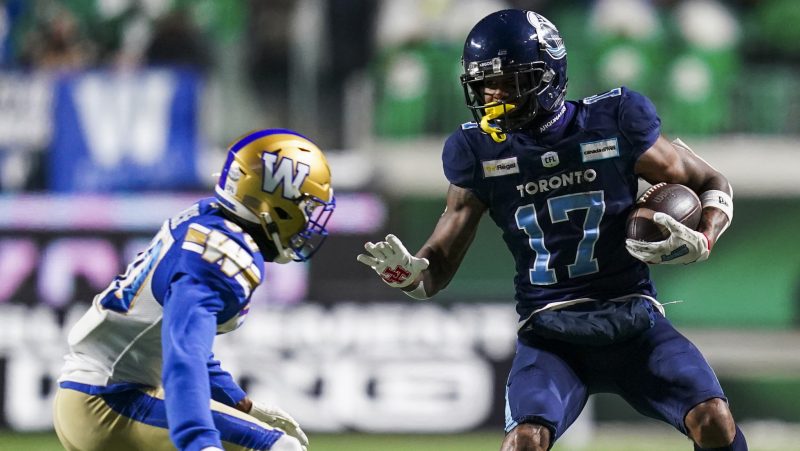 Markeith Ambles had the best season of his career in his first year in Toronto with the Argonauts (Thomas Skrlj/CFL.ca)

The four-year CFL veteran is coming off a career-high season in receptions (72), yards (737), and touchdown catches (5).

I’m not signing him to be my number one target, but he is more than capable of filling in as the second option and I pity any secondary if Ambles is his quarterback’s third choice.

Shane’s 2022 season came to an unfortunate end in Week 17 after tearing his left bicep in a 29-2 loss to the Calgary Stampeders.

Ray’s season will get lost as he missed the playoffs and Toronto’s defence was filled with playmakers, but Ray was leading the team in sacks when he went down. Ray has all the physical tools, there is a reason he was drafted in the first round by the Denver Broncos in 2015, to be a difference maker on the edge for years to come.

Every year Trumaine comes up with several big plays. In his four years, he’s picked off 12 passes, forced two fumbles, and has scored three touchdowns. In 2021, he was tied for the league-lead in interceptions, but I bet you don’t remember him achieving this feat as he was a part of 3-11 Edmonton Elks.

His first three years were filled with losing as the team’s he was on finished with a dismal 11-39 record. Washington started 12 games for a Calgary defence that finished the year allowing the second fewest points in the CFL. 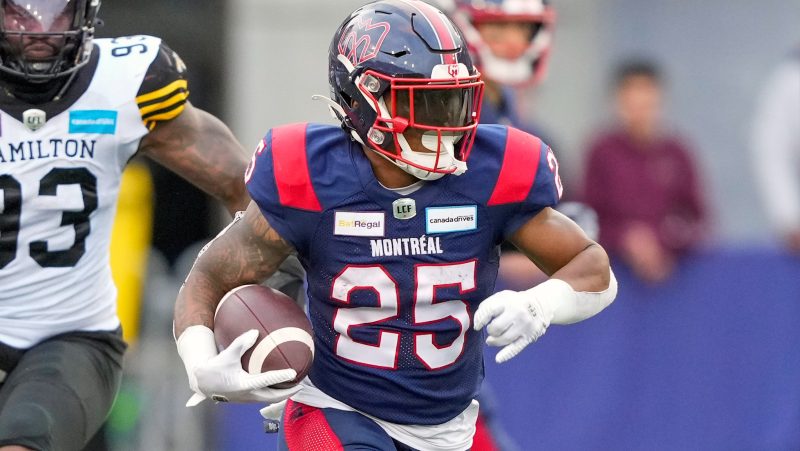 Walter Fletcher rushed for 486 yards and a touchdown on 85 carries in his first season with Montreal (Kevin Sousa/CFL.ca)

Walter finished tenth in rushing despite sharing duties in Montreal with Jeshrun Antwi and (albeit briefly) William Stanback. Fletcher averaged 5.7 per rush and was just as dangerous as a receiver ranking second in yards after the catch. (Tip of the cap to Don Landry for that stat)

Let’s find Walter a team looking for a lead back and see just how much of a work load the 26-year-old running back can handle.