The Great Debate: Who is the No. 1 pending FA? 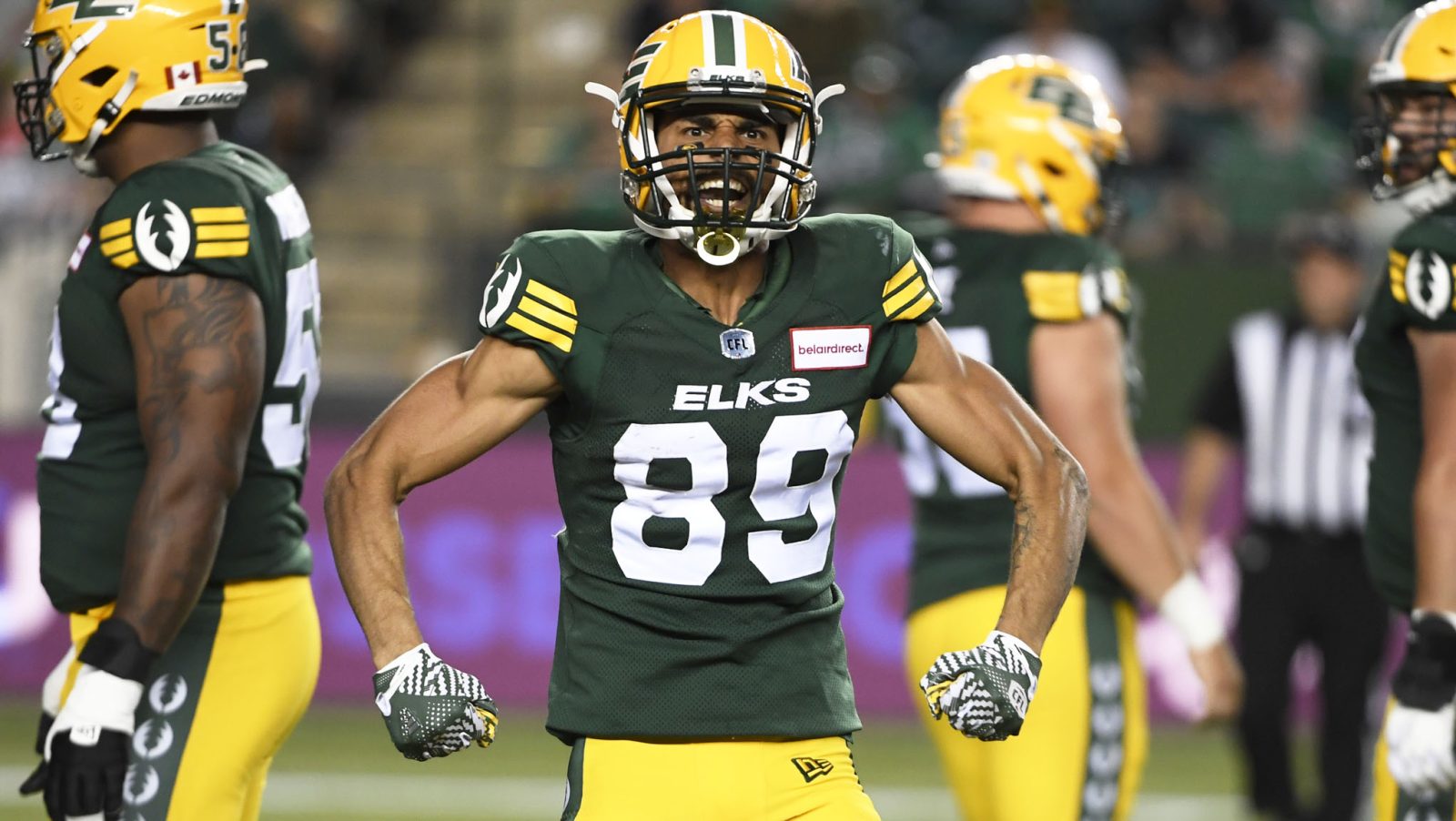 The Great Debate: Who is the No. 1 pending FA?

TORONTO — As we inch past the less-than-one-month-out mark this week, the short, quick and easy answer to the top free agent question might be an obvious one.

Yes, Bo Levi Mitchell may still stand as the top pending free agent in the class of 2023, even with the dwindling days on his contract now in the hands of the Hamilton Tiger-Cats. He has the (well-earned) pedigree of being a two-time Grey Cup champion and a two-time Most Outstanding Player, along with that absurd winning record of 90-25-2 through his 10 seasons with the Stamps.

Whether he ever suits up for the Ticats or not, he’s destined to be in Hamilton as a Hall of Famer when his career ends.

However, every team in the league isn’t looking for a quarterback. Mitchell will have his choice of a few Canadian destinations, should he make it to free agency on noon ET on Feb. 14, but there are players in the pending free agent pool that every team in the league would happily make a pitch to with the hopes of them getting them over the Grey Cup hump, or at least firmly in the hunt for it this year.

With Mitchell getting his due respect here, this is how CFL.ca’s writers assessed the 2023 free agent class and its top player. 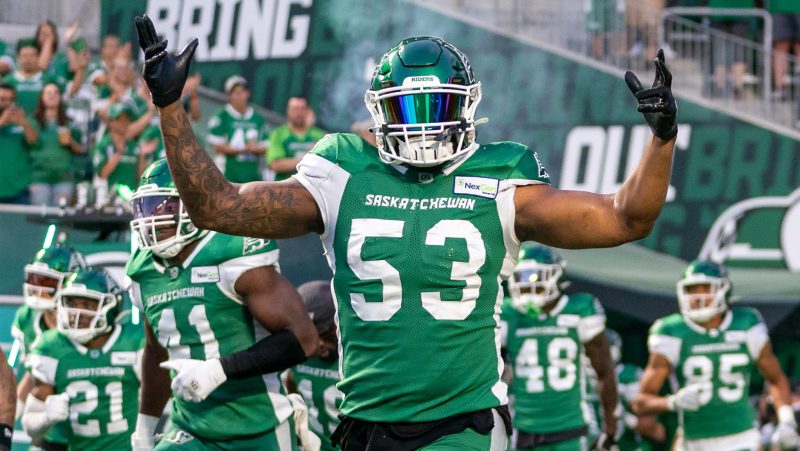 A disruptor on the field and a community builder off of it, Darnell Sankey is a huge boost to whichever team he may sign with in 2023 (The Canadian Press)

Don Landry: I will choose a disruptor extraordinaire to top my list and there wasn’t a more insistent player in that regard in 2022 than Saskatchewan linebacker Darnell Sankey.

Sankey can elevate any defence he happens to be part of in 2023 and he can elevate it in a big, loud, sky’s-the-limit way. I do need an asterisk here, though. Because if he hadn’t been injured two-thirds of the way through the season, Toronto linebacker Wynton McManis would have had numbers as good as — if not better than — Sankey’s.

It’s close, but give me one of those two guys in free agency and I’d be a pretty happy head coach. Oh my God; can you imagine if they somehow ended up on the same team together?

Jim Morris: Defensive tackle Jake Ceresna was a very good player on a bad team last year. He was third in the league with 10 sacks and had four forced fumbles. The six-foot-five, 295-pound lineman would make Saskatchewan, Toronto or Montreal better. At 28, he’s also younger than Lorenzo Mauldin and Jackson Jeffcoat.

Matt Cauz: As I wrote recently when looking at this year’s free agent class, one player jumps to the top of my list and that’s Toronto’s Justin Lawrence. The 26-year-old centre started in every game for the Argos in 2022 and was named an East Division All-Star, anchoring the offensive line of the Grey Cup champs. It occurred to me as I was winning yet another push-ups contest that Justin was the right choice. 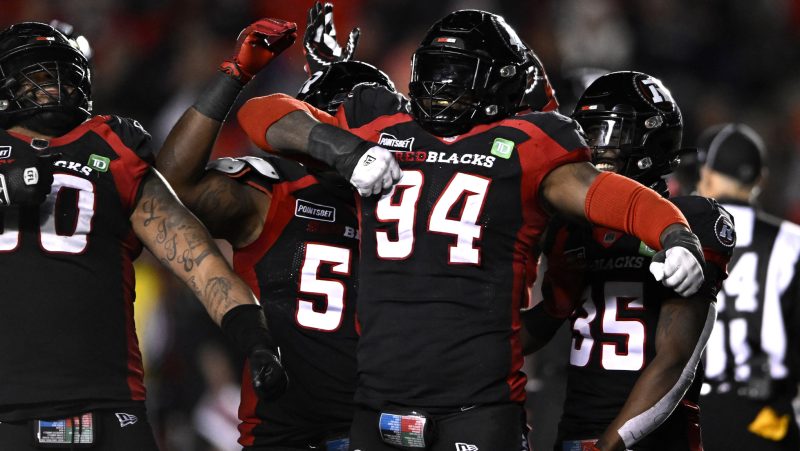 Lorenzo Mauldin IV put together a monstrous season in Ottawa, picking up Defensive Player of the Year honours along the way (The Canadian Press)

Kristina Costabile: Quarterbacks will likely top the list of pending free agents, and for good reason, but having a playmaking defender is just as important to a team’s success. No player on the defensive side of the ball was more impactful in 2022 than Lorenzo Mauldin IV (he has a Most Outstanding Defensive Player award to show for it) and he should be highly sought after if he does indeed hit the open market in February.

Mauldin racked up a league-leading 17 sacks last season, helping the REDBLACKS to a 47-sack season (second in the league). He also tallied 43 tackles and two forced fumbles in his first year in the nation’s capital and will immediately add to any defence looking to upgrade its pass rush.

Jamie Nye: The top pending free agent to me is Darnell Sankey. He’s coming off of back-to-back years leading the league in tackles and has been a fantastic person off the field in both Calgary and Saskatchewan. I feel he could be an Adam Bighill-type addition for a team looking to add great talent and great character to improve their defence.

Chris O’Leary: My gut reaction to this all along has been to think of Bo Levi Mitchell, but in terms of across-the-board demand, Kenny Lawler comes to mind. 630 CHED’s Dave Campbell doused some of the room for speculation on what the superstar receiver might do as a free agent when he wrote on Monday that Lawler is in Edmonton year-round and that a new deal with the Elks is a 50-50 probability. Lawler’s highlight reel-heavy body of work speaks volumes for what he can bring to a team.

He was the only receiver to top the 1,000-yard mark in the shortened 2021 season, helping the Blue Bombers to the 108th Grey Cup. Injuries limited him last season but Lawler still managed 894 yards and five touchdowns in 12 games in his first season with the Elks. Consider the hardships that team went through at QB until it zeroed in on Taylor Cornelius and Lawler’s production becomes that much more impressive. Lawler is that rare high end plug-and-play guy that can put your team in a position to win every week.