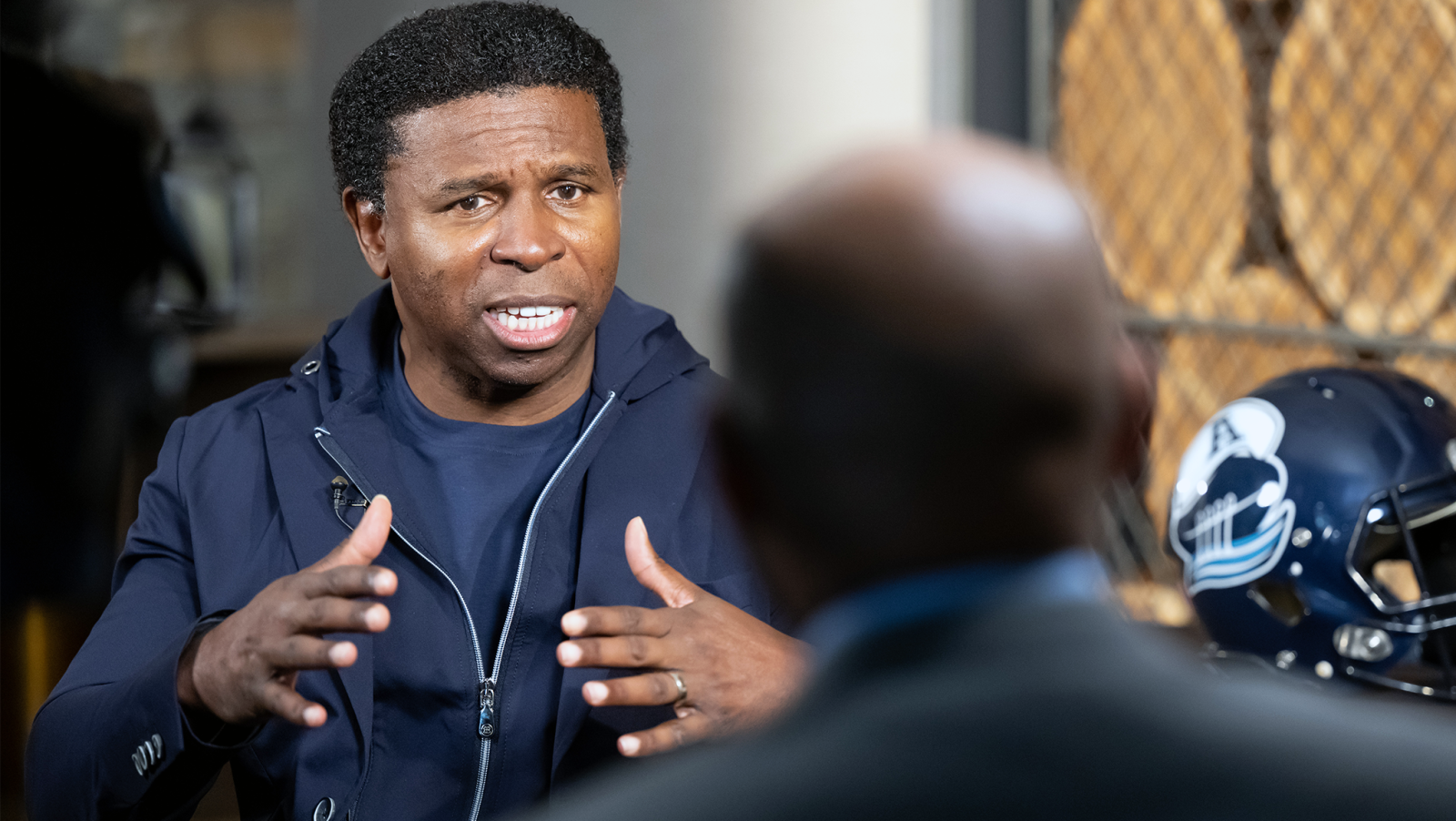 I remember having a conversation about free agency with Michael Clemons, a year ago. It was a conversation where the Toronto Argonauts’ general manager talked about the challenges facing his team, which had been quickly built into challenger through a dizzying display of raiding other team’s free agent cupboards during the previous off-season.

“It’s more difficult to go from good to great than it is from bad to good,” Clemons had said of his task last off-season, with the much-improved Argonauts coming off a 9-5 campaign and an Eastern Final appearance in 2021.

RELATED
» Market Ready: The 2023 CFL Free Agent Tracker
» Cauz: Impactful pending free agents you may not think of
» The Great Debate: Who is the No.1 pending FA?

Entering the 2022 off-season, I wondered what he thought of the job he has in front of him, which is again, different from the year previous. As defending Grey Cup champions, the Argonauts are not looking to go from bad to good, nor are they tasked with going from good to great.

What about the challenge of staying great?

“Harder still,” answered Clemons, over the phone, from the CFL winter meetings in Kananaskis, Alberta. “It does, in professional sport, get more difficult as you move forward. It becomes more difficult to play at that same level of consistency, so that’s the challenge we embrace.”

The Argonauts – like most every single other team in the CFL – have a big list of potential free agents, with stars aplenty looking for raises, looking for security, looking for the right fit. The advantage for the Argos, when it comes to retention of some of their core stars, is that those players have already found the right fit, and they have pictures of themselves with the Grey Cup to prove it.

Clemons is on a mission to retain key players, with that intent forming the bullseye of Toronto’s off-season strategy. The rest will flare out from that centre.

“Before,” said Clemons, referring to the Argos’ quick re-build, “we knew that there were people that we had to bring in. Now, we’re trying to solidify our core and work outward to those opportunities that might avail themselves in free agency.”

The position of quarterback still has some murkiness to it. The Argos obviously feel that they have readiness at the position with second-year man Chad Kelly under contract and poised to assume the starting duties after a year of understudy work and a successful relief appearance during the Grey Cup game.

However, there is still the question of whether 2022 starter McLeod Bethel-Thompson will be back, or whether he’ll play football at all, anywhere.

Bethel-Thompson led the Argos into the Grey Cup game, turning in his best ever CFL season along the way. The thumb that he injured during the Grey Cup – leading Kelly to be pressed into emergency duty – has been surgically repaired and it seems the quarterback will have the green light to begin throwing again at the end of this month. But will he? 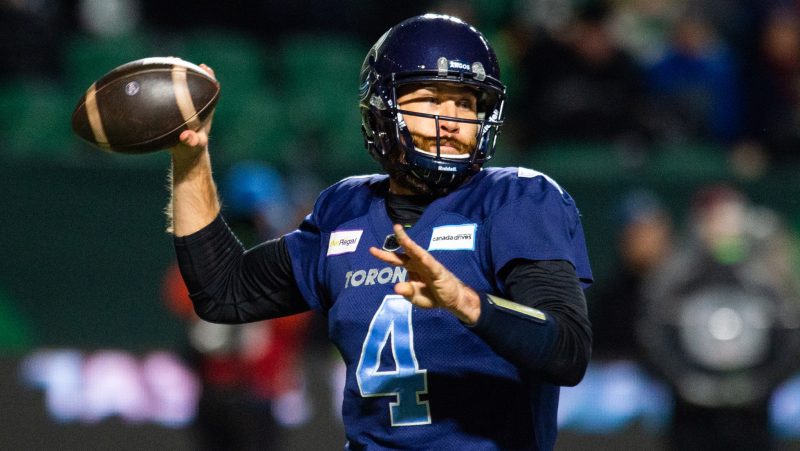 “When he tells me (that he’s begun to throw), you know, that’s some indication,” said Clemons with an uncertain laugh. “But we will allow that that situation to mature.” Bethel-Thompson, Clemons said, has opportunities outside of football that might lead the 34-year-old to leave the game behind, even if that thumb feels fine.

“We do have to keep our options open because we don’t know what’s going to happen,” said Clemons, indicating that the Argos have contingencies in place, scenarios that they would investigate should Bethel-Thompson bid adieu.

When it comes to linebacker Henoc Muamba, who will turn 34 nine days after free agency opens on February 14th, Clemons has a gut feeling. “I expect him to play,” he said of Toronto’s Grey Cup MVP. “I do.”

“We’ve had some unspoken moments that suggest that there’s a better chance than not that he’ll return,” Clemons added. “But of course, I’ll have that real conversation with him in the coming week.”

As far as running back Andrew Harris goes, Clemons is less certain.

“Andrew has not made a decision,” said the general manager. “We’ve had several conversations and he is definitively in limbo.”

“He has opportunities that might see him be able to transition from football,” Clemons went on. “Those same opportunities might not be there a year from now, but that doesn’t mean that he’s closed the door just yet.”

Not only is Harris a question mark for that Argonaut offensive backfield, so is A.J. Ouellette. The breakout star who replaced Harris when the latter was injured, and remained a vital offensive weapon for the Boatmen even when Harris returned to the line-up. Ouellette, who scored two touchdowns in Toronto’s Grey Cup win over Winnipeg, is also a pending free agent.

All key areas and key players in Toronto’s championship season. Clemons, no doubt, has an eye on all of them. The general manager is also focused on two more units, saying the Argos are determined to continue the improvement that the team has shown along the line of scrimmage over the last two seasons.

“Security on offensive and defensive line,” was Clemons’ answer when asked about any areas he was targeting when it comes to retention and addition. There are linemen like Ja’Gared Davis and Robbie Smith on defence, centre Justin Lawrence and veteran Philip Blake on offence, all possibly heading to free agency next month.

Clemons has gotten two others, offensive linemen Isiah Cage and Trevon Tate, to forego free agency, each of them signing extensions this off-season. “We’ve gotten better, we’ve gotten some great depth there,” said Clemons. “But you can never have too many.”

In all of the moves to be made during this off-season, Clemons has one encompassing goal for his team and that is to put it on firm, consistently competitive ground from year to year. It is something he’d talked about even in the first days of his tenure as Toronto’s general manager and he continues to talk about it now, hard on the heels of a Grey Cup win.

“We had a great moment,” said Clemons of last November. “Now, as we move forward, we can try to move towards being a great team. But right now, we’d be a very good team, with a great moment.”

“If we can continue on this path we can potentially reach that ever elusive idea of greatness.”