Landry: Ticats are tight-lipped ahead of free agency 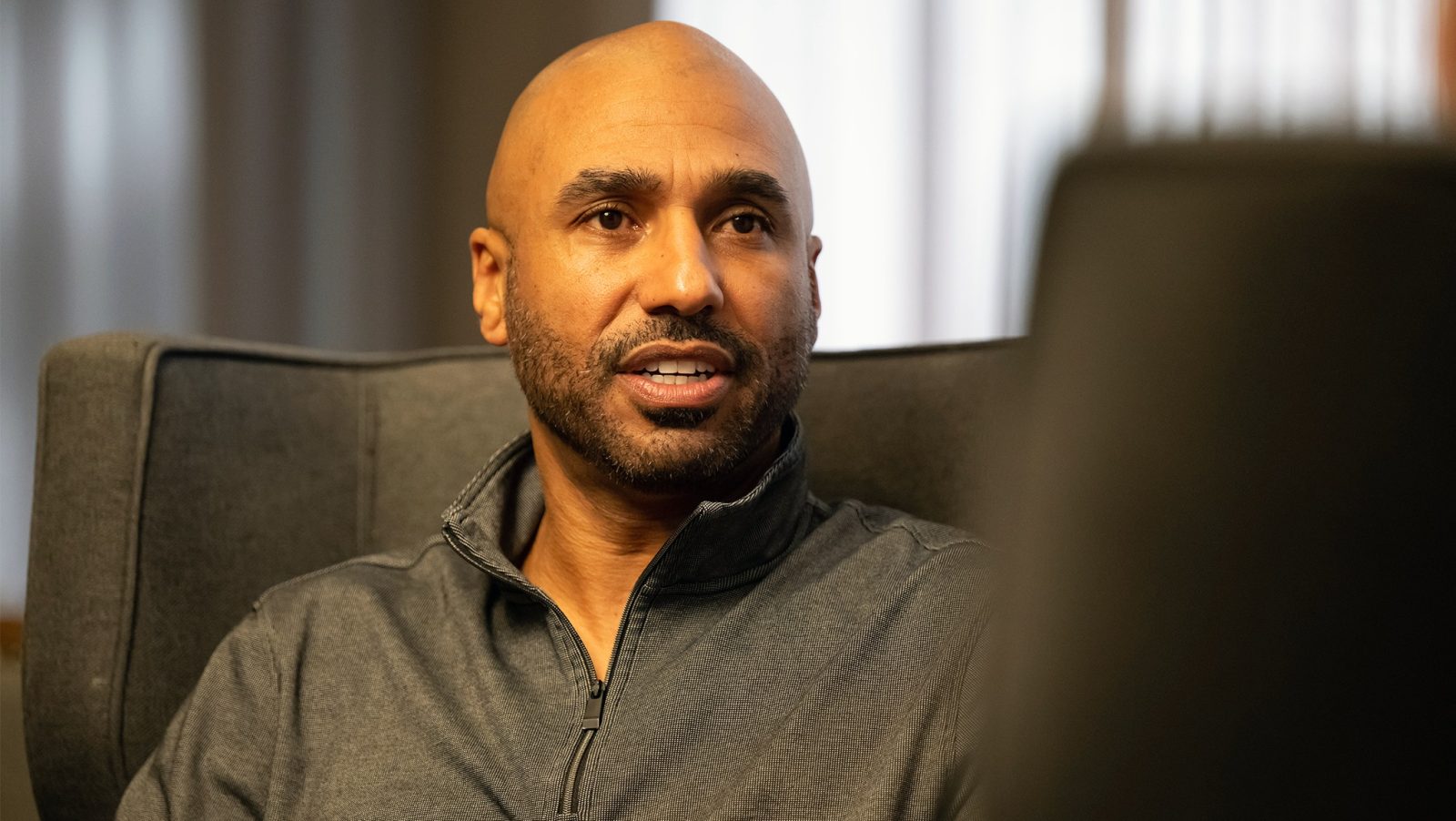 Landry: Ticats are tight-lipped ahead of free agency

“I think, for entertainment value, people don’t mind speculation,” says Hamilton Tiger-Cats president of football operations and head coach Orlondo Steinauer, after being pressed for some juicy tidbits on how contract negotiations are going with the team’s potential free agents.

“There’s ongoing negotiations, for sure. I’m not going to talk about which way they’re going.”

RELATED
» Market Ready: The 2023 CFL Free Agent Tracker
» CFL.ca’s top 30 pending free agents
» Cauz: Impactful pending FAs you may not think of
» The great debate: Who is the No. 1 pending free agent?
» Through the Lens: 2023 CFL winter meetings

That’s Steinauer. Disciplined and stingy as a defensive back during his twelve-year playing career in the CFL, he remains that as a coach and executive. At least, that is, when it comes to the inner workings of the Ticats’ front office and the progress – or even lack of – in contract negotiations with players who are scheduled to become free agents on February 14th.

If that might be frustrating for some football fans, hungry for every scrap of news they can get about their team during the long, cold winter, desperate for any hint that their favourite player is putting his signature on an extension, Steinauer can understand that. But he’s not about to offer up anything that could possibly throw a wrench into any given negotiation and since one can’t really know what might be problematic, he’ll say nothing at all.

He’s polite about that, and at times he’s even apologetic, but he has his reasons and you’ve got to respect that.

If Steinauer is cautious about giving away details about the Ticats’ plans for this off-season and particularly in free agency, it doesn’t mean he won’t indulge you with an overview, or at least with some philosophical angles to give you a sense of where his mind is at.

The comings and goings of stars, key players and of foot soldiers with any CFL team during the off-season has become a complicated labyrinth, so perhaps Steinauer knows it’s futile to try and spell out anything in detail anyway.

“Yeah, we have a plan,” he says. “But I have not been around where (things) went exactly according to plan.”

The Hamilton plan for 2023 spins out from a vortex known as Bo Levi Mitchell. As the Ticats wait for word from the veteran quarterback on whether he’ll sign the contract extension offered to him after the team traded for his rights back in November, they are proceeding with caution, it seems, when it comes to getting some other deals done. With salary cap math in mind, the team would like to know how much of their budget will be taken up by dollars being spent at the quarterback position.

“We’re in the midst of still working on that,” says Steinauer. “Trying to come to a deal there with (Mitchell). And so obviously, that’s going to have implications on our free agency.”

Waiting on the quarterback, though, does not necessarily mean putting everything and everyone else on complete pause. Things are simmering on a back-burner. They’d have to be. 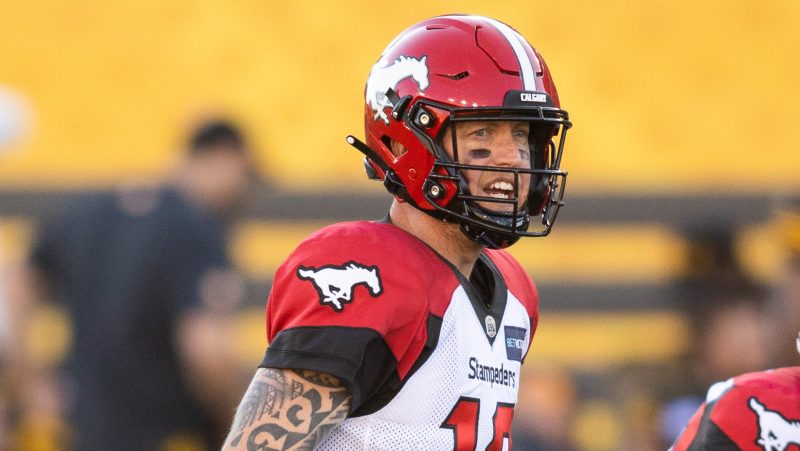 The Hamilton Tiger-Cats acquired the rights to quarterback Bo Levi Mitchell in a trade with the Calgary Stampeders in November. Mitchell has spent his career with the Stamps since entering the league in 2012 and became the team’s all-time passing yards leader in 2022 (The Canadian Press).

The Ticats have – just as every other team does – a list of terrific players who can potentially become free agents when the gate lifts on Valentine’s Day. Receiver Tim White, the team’s Most Outstanding Player in 2022, heads that group. Another talented receiver, Steven Dunbar Jr., is currently without an extension. Linebackers Jovan Santos-Knox and Kameron Kelly are potential free agents as are defensive backs Ciante Evans and Jumal Rolle.

All of them, with the exception of Evans, were named CFL East All-Stars last season, and White and Kelly were on the final, league-wide all-star list. There are long-serving veterans who might become free agents, too, like linebacker Simoni Lawrence and defensive tackle Ted Laurent.

Steinauer won’t bite when asked if there’s any particular area of the Ticat roster that he’d like to improve upon, that he sees as weak and in need of upgrading this off-season.

“I’m sorry to sound like everybody else, but I think we’re always looking,” says Steinauer. “We’re always looking to upgrade because at the end of the day when you don’t do that you are one ankle sprain away from ‘uh-oh.’ So that’s my ‘why’ as to why you’re always looking to get better. I don’t know if everybody really explains the ‘why,’ but that’s the ‘why’. You can only control the controllable and what you can control is getting better everywhere.”

Steinauer did indulge in a broad overview of where some might perceive the Ticats to be weak. It doesn’t have to do with talent, ability or performance, but rather volume of signed players at the present time.

“For example,” he explains, “on our O-line, we’re pretty solid as to people under contract. Where, if you flipped it, and you’d say, D-line, we don’t have as many under contract. So it just depends on one’s definition of weakness. If we’re able to retain some people, it’s not a weakness. If we can’t, then it could become one quickly.”

Like all football coaches, Steinauer likes consistency, especially when it comes to high performance players who are known commodities to the brass, valuable team members both on the field and off. If he would like to keep all of his stars in black and gold, he seems resigned to the fact that he cannot.

“You hope that that’s how it works,” he says. “But the challenge with that is it’s unknown. Change is inevitable in free agency.”

Just what kind of change, and how much the Ticats will undergo remains a mystery, one that can be partially unlocked once Mitchell makes his decision. So, I circle back to the pivot spot, seeing if Steinauer will open the door a crack. When I ask Steinauer if he’d even tell me if he’s spoken to Mitchell in the last few days, there is a pause. I get my hopes up.

“I can just say that our stance hasn’t changed,” he adds. “We’re working to get something done. It’s ongoing. That’s the most honest and probably the most you’d get out of me. I’m just going to respect the process and respect (Mitchell) and his agent.”