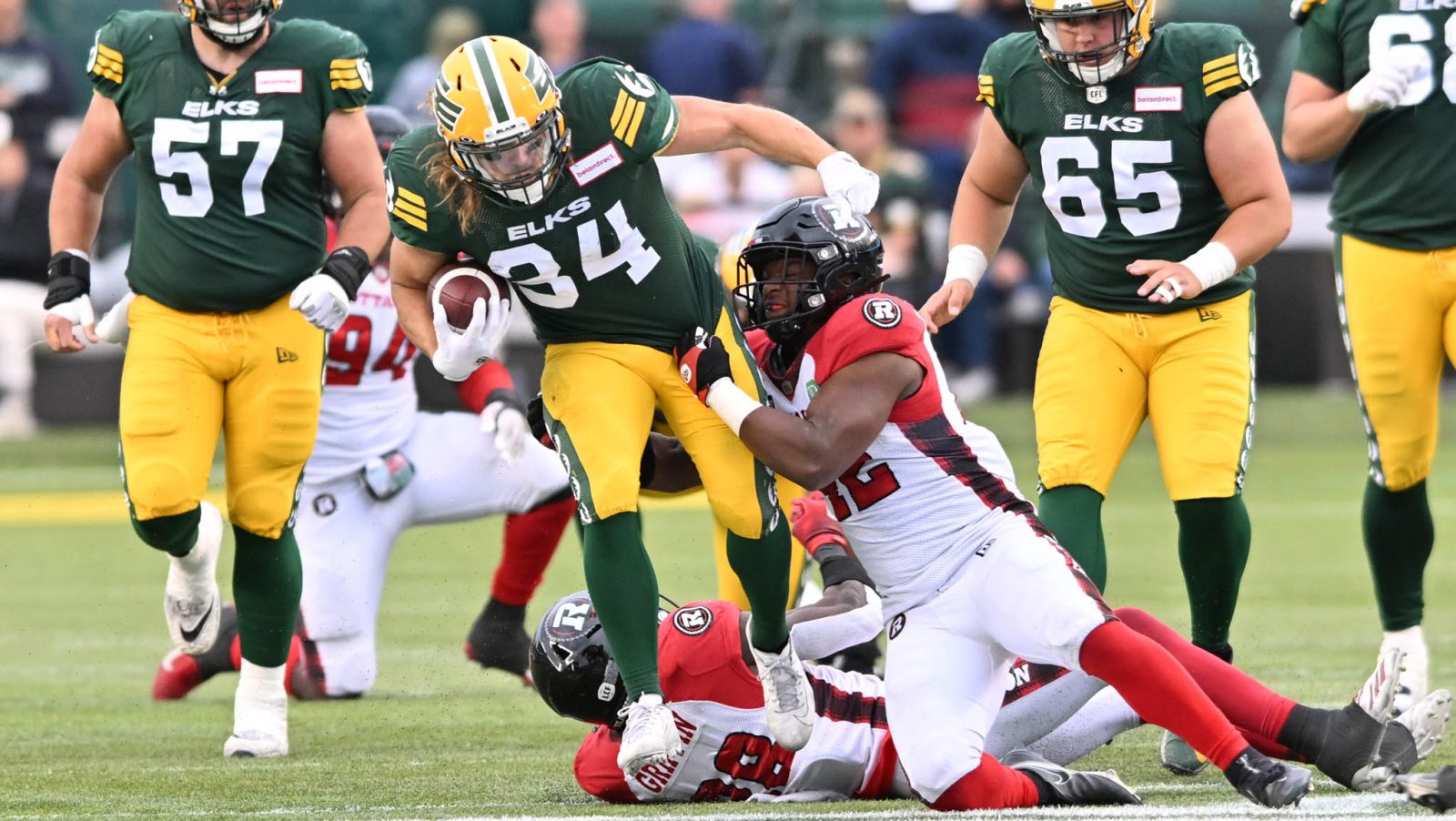 EDMONTON — The Edmonton Elks have extended Canadian running back Ante Litre through the 2023 season. Litre, 28, returns for a second year with the Green and Gold after suiting up for all 18 games in the 2022 CFL campaign.

“I’m coming back because we have a lot of unfinished business from last year,” Litre said. “I believe in my teammates, I believe in the coaches, I’ve got a lot of faith in this team. I think we can make a good run at the Grey Cup this year, so I’m excited to get back to work with everybody.”

A veteran of five CFL seasons, Litre had a career-high 241 yards rushing on 54 carries and ran for a touchdown in 2022. He also caught 16 passes for 89 yards and ranked third on the Elks with seven special teams tackles last season.

“I imagine building off the role I had last year, whether that’s being the starter or a special teams guy, whatever duties I’m asked to do, I’ll do it for this team,” says Litre, who was voted Unsung Hero in the 2022 Elks Fan Awards. “Whatever it takes to win, I’m going to do it.”

Before joining the Elks as a free-agent last February, Litre spent four seasons with the Calgary Stampeders, who drafted the Vancouver native out of Simon Fraser University with the 28th overall pick in 2017.

In 73 career regular season CFL games, Litre has 41 receptions for 319 yards, and 147 rushes for 519 yards with three touchdowns. Litre has also appeared in six postseason games and was a member of the 2018 Grey Cup champion Stampeders.

“Edmonton is going to get the best version of Ante Litre,” said the six-foot, 229-pound back. “I’m going to come in the best shape I’ve ever been. There’s not going to be any gas spared in the tank for this run this year.” ​