FA Most Wanted: The QB in need of a fresh start 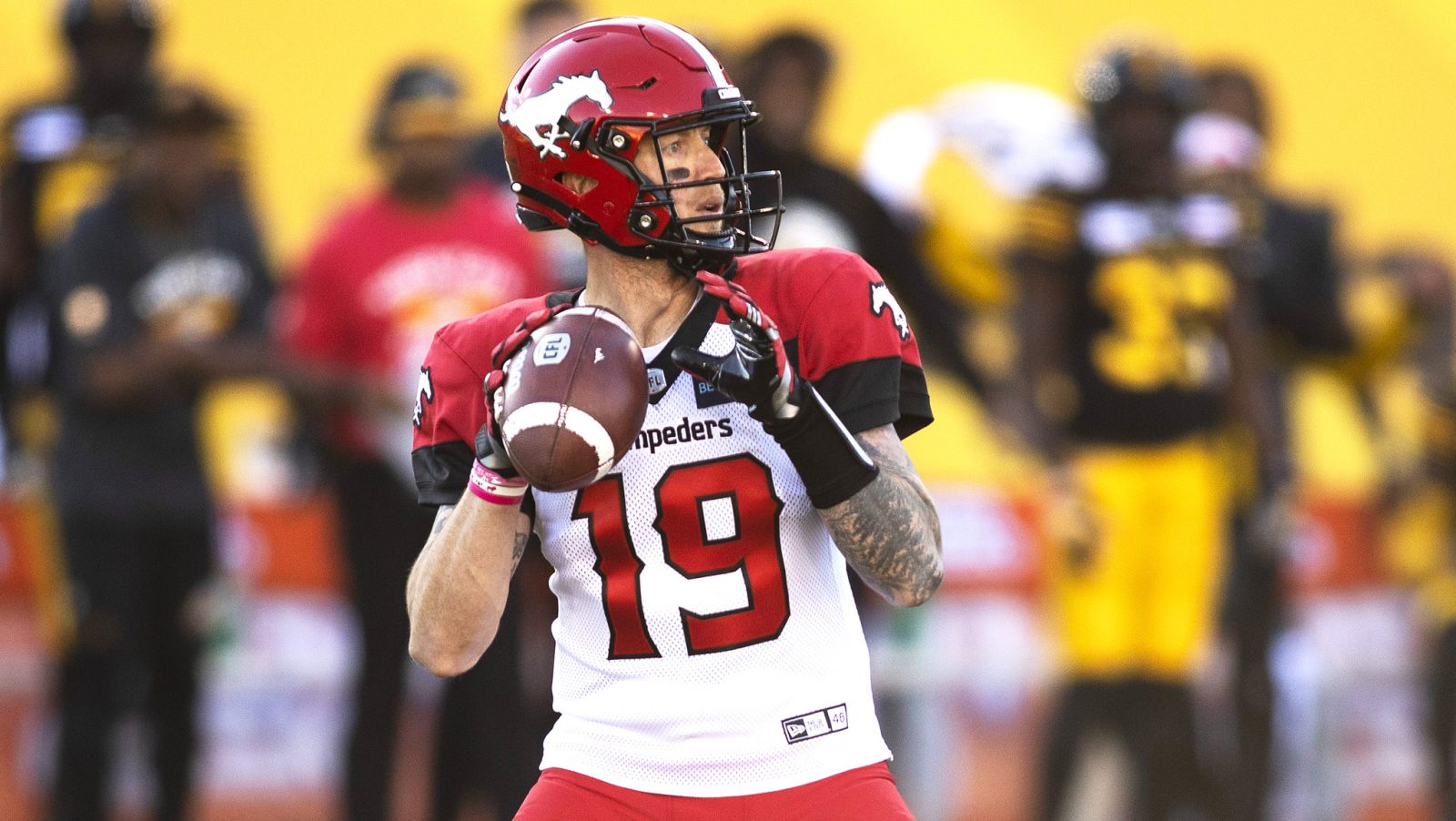 FA Most Wanted: The QB in need of a fresh start

TORONTO — For the first time in his 10-year CFL career Bo Levi Mitchell will be wearing a different set of colours when the 2023 CFL season kicks off in June.

The Hamilton Tiger-Cats acquired the rights to the 32-year-old quarterback in a trade with Calgary late last year, but that doesn’t mean Mitchell is guaranteed to be suiting up in the Black and Gold this spring. Mitchell holds an expiring contract and if he doesn’t sign an extension with the Tabbies before the market officially opens on February 14, he’ll become a free agent.

Ticats president of football operations and head coach Orlondo Steinauer remained tight-lipped at this year’s CFL winter meetings on the status of Mitchell, but did acknowledge that the team is trying to get a deal done with the quarterback.

Should Mitchell make it to free agency, he will undoubtedly draw interest from teams seeking to employ the skillset of the veteran passer.

When speaking with the Sports Cage on CKRM radio in Regina at the conclusion of the 2022 season, Mitchell was very clear about the fact that he wanted to play in a city that was passionate about football and that he believes he should be valued as a starting quarterback in the league.

The love for the Ticats and a passion for football are undeniably woven into the fabric of the city of Hamilton. There is an apparent buzz as June nears that explodes into a city-wide roar by OK Tire Labour Day Weekend seemingly every year. If a devoted and passionate fanbase is a priority for Mitchell, Hamilton certainly checks that box.

Despite a less than desirable situation in 2022 that involved splitting time with, and ultimately backing up Jake Maier in Calgary, Mitchell reminded fans why he should still be considered one of the league’s premier passers at the end of the season.

In Calgary’s 30-16 loss to the BC Lions in the Western Semi-Final, Mitchell was called on in the fourth quarter to relieve Maier. With just two offensive possessions in the game, Mitchell completed eight of his 11 passing attempts, threw for a team-leading 147 yards and constructed back-to-back scoring drives with elite poise and an air of veteran confidence.

Mitchell has enjoyed a storied career with the Stampeders and whichever team signs will surely find comfort in his impressive resume.

The former Stampeder holds the CFL record for the most consecutive wins (14) and the fastest quarterback to 60 wins, doing so in just 72 starts. During his time in Calgary, Mitchell put together an impressive win-loss record of 90-25-2, while leading his team to Grey Cup victories in 2014 and 2018. In each of his two Grey Cup wins, Mitchell was award the game’s Most Valuable Player award.

In addition to being a two-time Grey Cup champion and MVP, Mitchell was the CFL passing touchdown leader in 2016 and 2018 and was selected as the league’s Most Outstanding Player during each of those seasons. The pivot has also earned nods as a CFL All-Star during those years and is a three-time West Division All-Star.

As one of the most prolific passers of his generation, Mitchell concluded his time in Calgary by etching his name into the Stampeders’ history books. During the team’s thrilling Week 10 matchup against BC, Mitchell surpassed Henry Burris (32,191) to become the all-time passing yards leader in Calgary. His 188 career touchdown passes place him second in franchise history behind only Burris, while his 2,496 completions also set a franchise record.

With less than a month remaining until the free agency period officially opens, the CFL world eagerly and impatiently awaits for a Mitchell-sized domino to fall, a domino that could impact the trajectory of the 2023 CFL off-season.