Steinberg’s MMQB: What do you say, Big Play VA? 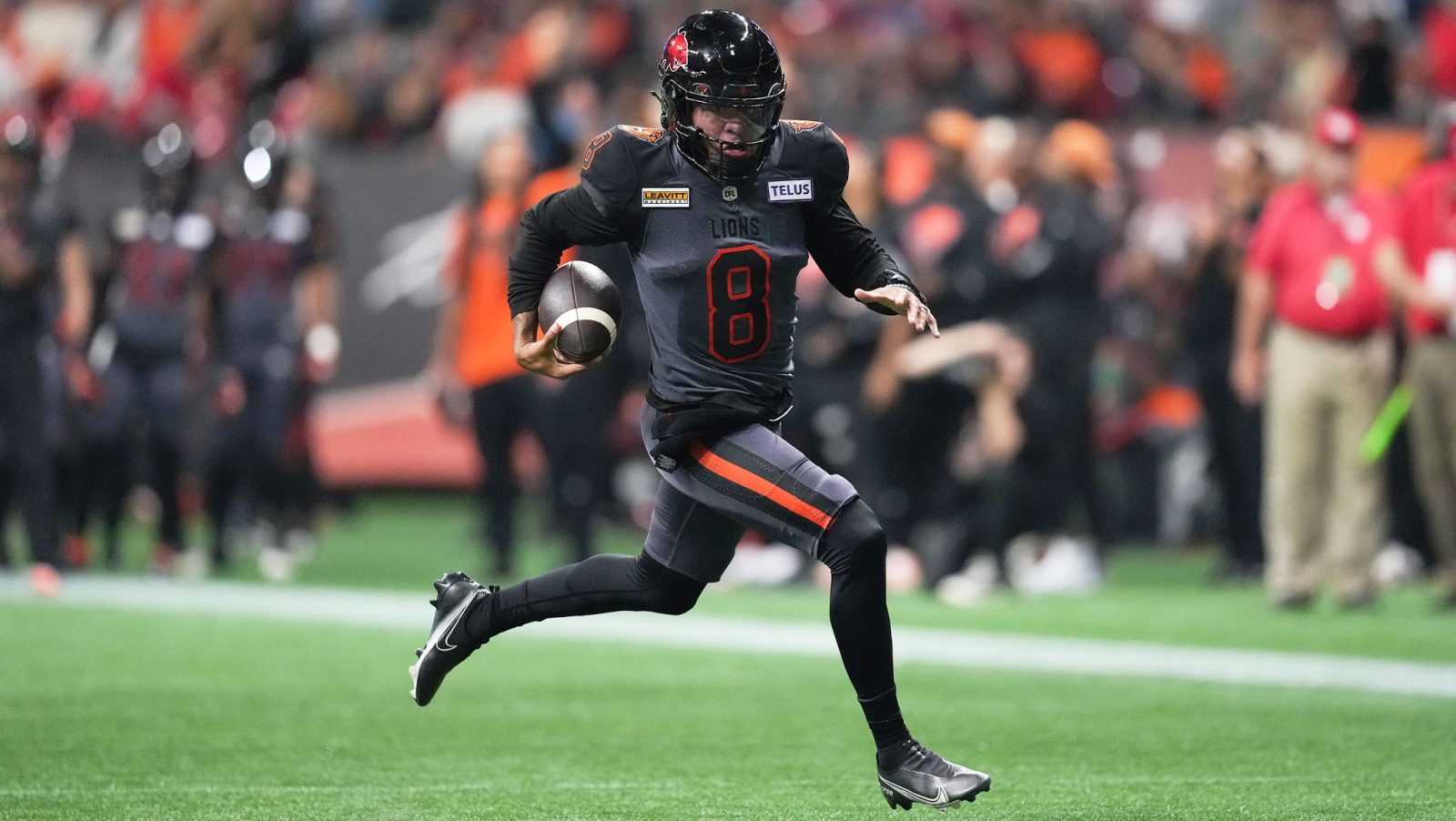 Steinberg’s MMQB: What do you say, Big Play VA?

Nathan Rourke has made his decision. The superstar Canadian quarterback announced Sunday he was signing with the NFL’s Jacksonville Jaguars after two seasons with the BC Lions. That means the ball will be in the hands of Vernon Adams Jr. for the 2023 season. There’s a lot of reason to be excited about that if I’m a Lions fan.

First of all, congratulations to Rourke. As he said in his Sunday statement, signing in the NFL has been a dream of Rourke’s since his youth and he’s earned an opportunity to compete as Jacksonville’s backup next season. Rourke’s time in the CFL was a lot of fun, helped reinvigorate passion for the Lions in Vancouver, and culminated with a 2022 Most Outstanding Canadian award.

And while Rourke’s departure will leave a void, the fact BC has Big Play VA under contract for 2023 is a huge piece of business already taken care of. Adams has plenty of successful CFL starting experience and has paid his dues. He’ll also almost certainly enter 2023 with a chip on his shoulder, which is always something that intrigues me.

RELATED
» Market Ready: The 2023 CFL Free Agent Tracker
» Cauz: Impactful pending FAs you may not think of
» Lions confident on QB spot, whatever 2023 may hold
» Nathan Rourke to sign with NFL’s Jacksonville Jaguars 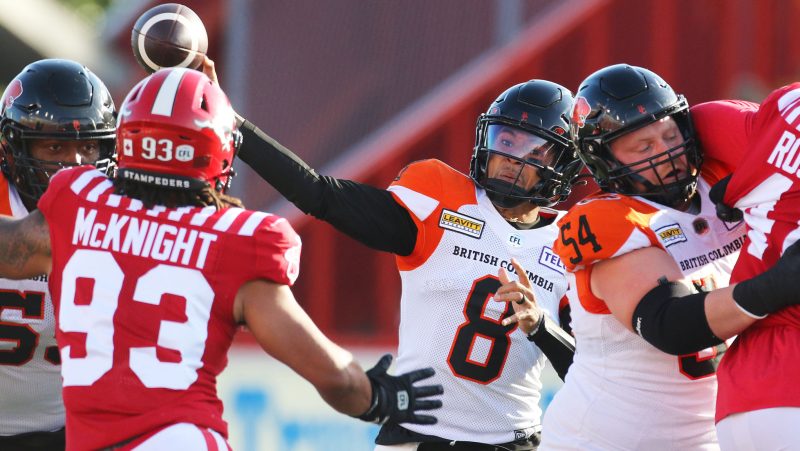 Vernon Adams Jr. steps into a great opportunity with the Lions in 2023 (Dave Chidley/CFL.ca)

2022 was a strange calendar year for Adams and was trending towards being extremely frustrating. With a freshly signed contract extension in his back pocket, the beginning of 2022 was full of possibility for Adams. After being unable to finish Montreal’s 2021 campaign due to a shoulder injury, the turning of the calendar seemed to bring with it plenty of positivity.

But the first clue to what may lie ahead came in February when the Alouettes opted to bring back quarterback Trevor Harris. Acquired from Edmonton late in 2021, Harris finished out that season, but the prevailing thought was a healthy Adams remained the desired option for the Als. Adams did indeed start 2022 on top of the depth chart before being permanently replaced by Harris after one quarter of Montreal’s second game.

And then opportunity came calling. After Rourke’s foot injury sidelined the Most Outstanding Player frontrunner for essentially the rest of the regular season, the Lions made their move. In late August, BC sent a 2023 first-round pick to the Alouettes for Adams and, despite less than two weeks with a new team, he stepped in as starting quarterback for a huge week 15 win over Calgary.

Adams went 4-2 as a starter with the Lions, which was crucial in locking up the No. 2 seed in the West Division and a home playoff date. While still getting up to speed with a brand-new playbook, Adams was efficient and showed flashes of the big plays that gave him his outstanding nickname.

And I’m expecting a lot more of that in 2023 with a full training camp and a very talented offence surrounding him. Even with Bryan Burnham’s retirement, we’re talking about a Lions offence boasting three of 2022’s top ten receivers already under contract. Dominique Rhymes, Keon Hatcher, and Lucky Whitehead are all back for another year and give Adams elite options in the passing game.

Adams had a strong case for MOP in 2019 when he truly arrived as a CFL starter. Since then, circumstances beyond his control haven’t been favourable. COVID knocked out the 2020 season before the aforementioned shoulder mentioned ended a promising 2021. But after enduring this most recent season, Adams now has a great opportunity with BC.

I’m excited for it. 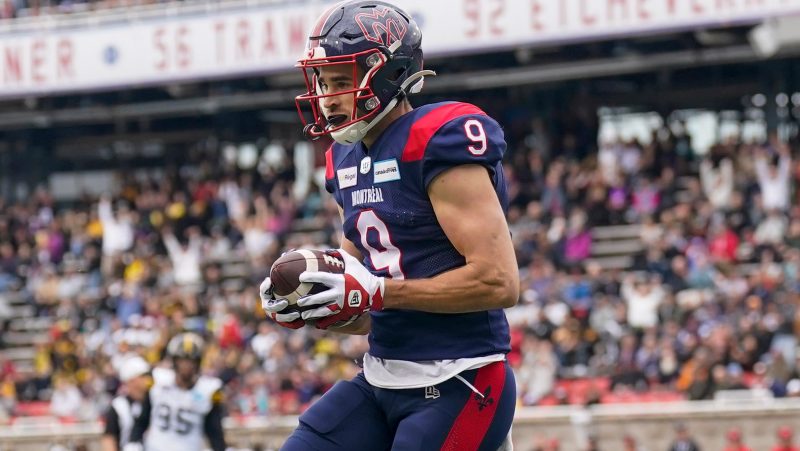 Jake Wieneke could be headed to free agency with no shortage of options in front of him (Kevin Sousa/CFL.ca)

One of the best parts of the off-season calendar has arrived: the CFL.ca top 30 pending free agents. Our crew did a great job of compiling this year’s countdown, but here are a few names that just missed the cut.

Jake Wieneke, receiver: After a breakout 2021 where Wieneke caught 11 touchdown passes, his numbers dipped last year with Montreal. Still just 28, I believe last season was a blip on the radar for the talented pass catcher. Wieneke is surehanded and at six-foot-four, brings great size as a slot receiver. If he doesn’t agree to terms for a fourth year with the Alouettes, he’ll have no problem finding a fit in another offence.

Avery Williams, linebacker: Things have been difficult in Ottawa over the last few seasons, but Williams has consistently been a bright spot. 2022 was a fourth CFL season for Williams, all with the REDBLACKS, and it was also his fourth straight year posting career numbers for defensive tackles. Williams finished last season with 92 tackles, which was good for fourth in the league. Having turned 28 in September, it feels like there’s a good chance this upward trend for Williams continues.

Jumal Rolle, defensive back: Excelling at the boundary cornerback position in this league doesn’t always translate to monster statistics. The nature of being a lockdown DB doesn’t feed high totals for interceptions or defensive tackles. But players like Rolle help shape defensive schemes, which is why he’ll be in high demand if a fifth CFL season in Hamilton isn’t in the cards. Knowing Rolle also performs at a high level when slotted at field corner, you know he’ll have no problem finding work in 2023.