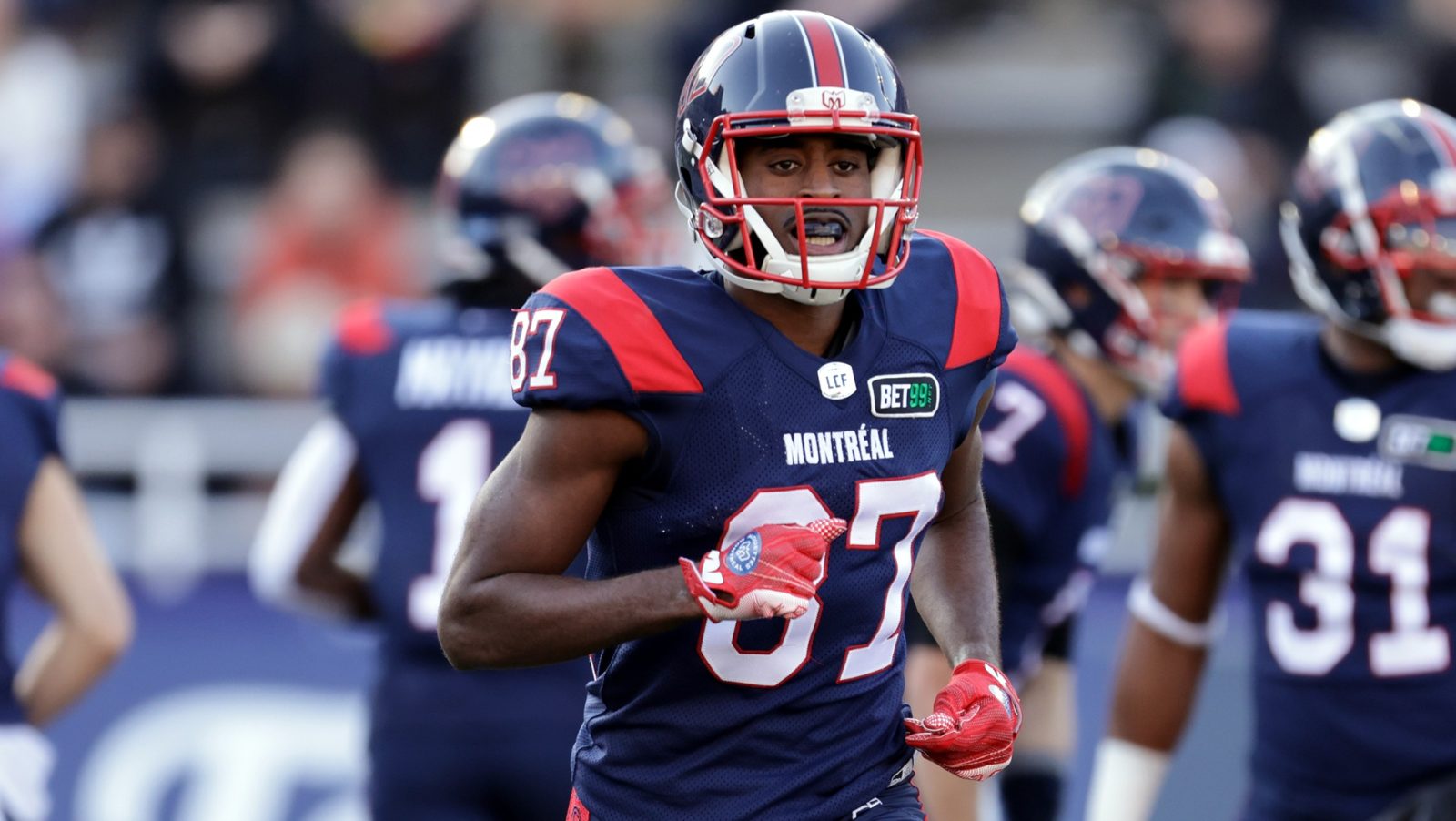 TORONTO — Widely regarded as one of the league’s most electrifying playmakers, Eugene Lewis faces a pivotal decision with CFL Free Agency less than month away.

Ranked as the No. 2 player on CFL.ca’s top 30 pending free agents list, Lewis is likely to have plenty of options in front of him should he hit the open market on February 14.

During this year’s CFL winter meetings, Montreal Alouettes general manager Danny Maciocia stated that he believes there is a mutual desire between both parties to see Lewis return to Montreal for the 2023 season and that the club is working hard to come to an agreement with the star receiver.

Montreal recently announced the hiring of Jason Maas as team’s next head coach, speaking to MontrealAlouettes.com Maas expressed his excitement to potentially work with a player of Lewis’ caliber. The head coach praised Lewis’ athletic ability and noted that within his offensive scheme he would want to maximize the pass-catchers offensive output by using him in multiple receiver positions.

Excited as he may be, Maas may not get the opportunity to work with Lewis if the Alouettes playmaker decides to test the open market. Should he let his contract expire, Lewis would be a highly sought after commodity and would provide an immediate offensive boost to whichever team may sign him.

During the 2022 season, Lewis set career-highs in receptions (91), targets (144), receiving yards (1,303) and touchdown receptions (10). In addition to what was an immaculate season from Lewis, he was also the East Division nominee and eventual runner-up for the league’s Most Outstanding Player award.

Averaging an impressive 77-yards per game throughout the regular season, Lewis built upon his offensive output during Montreal’s playoff run. In the team’s Eastern Semi-Final bout with the Hamilton Tiger-Cats, Lewis reeled in 98 yards on seven receptions before hauling in additional 83 yards in an eventual loss to the Toronto Argonauts during the Eastern Final.

Throughout each of his five seasons in the CFL, Lewis has demonstrated the ability to continually improve and has grown into one of the league’s most threatening downfield pass-catchers. For his efforts Lewis has been named an East-Division All-Star for the last three consecutive seasons and earned nods as a league All-Star in 2019 and 2022.

Lewis has surpassed the 1,000 yard mark twice in his career, doing so during the 2019 season and again this past season. He came close to notching a second consecutive 1,000-yard season during a shortened 2021 league year, but missed the mark by just 36 yards. Playing in 13 games during that year, Lewis totalled 964 receiving yards and scored nine touchdowns.

The 29-year-old wideout has become a human highlight reel over the last few seasons and is the type of playmaker that would ignite excitement within any of the league’s quarterbacks.

With Free Agency on the horizon the only remaining question surrounding Lewis is whether or not he will remain in La Belle Province.