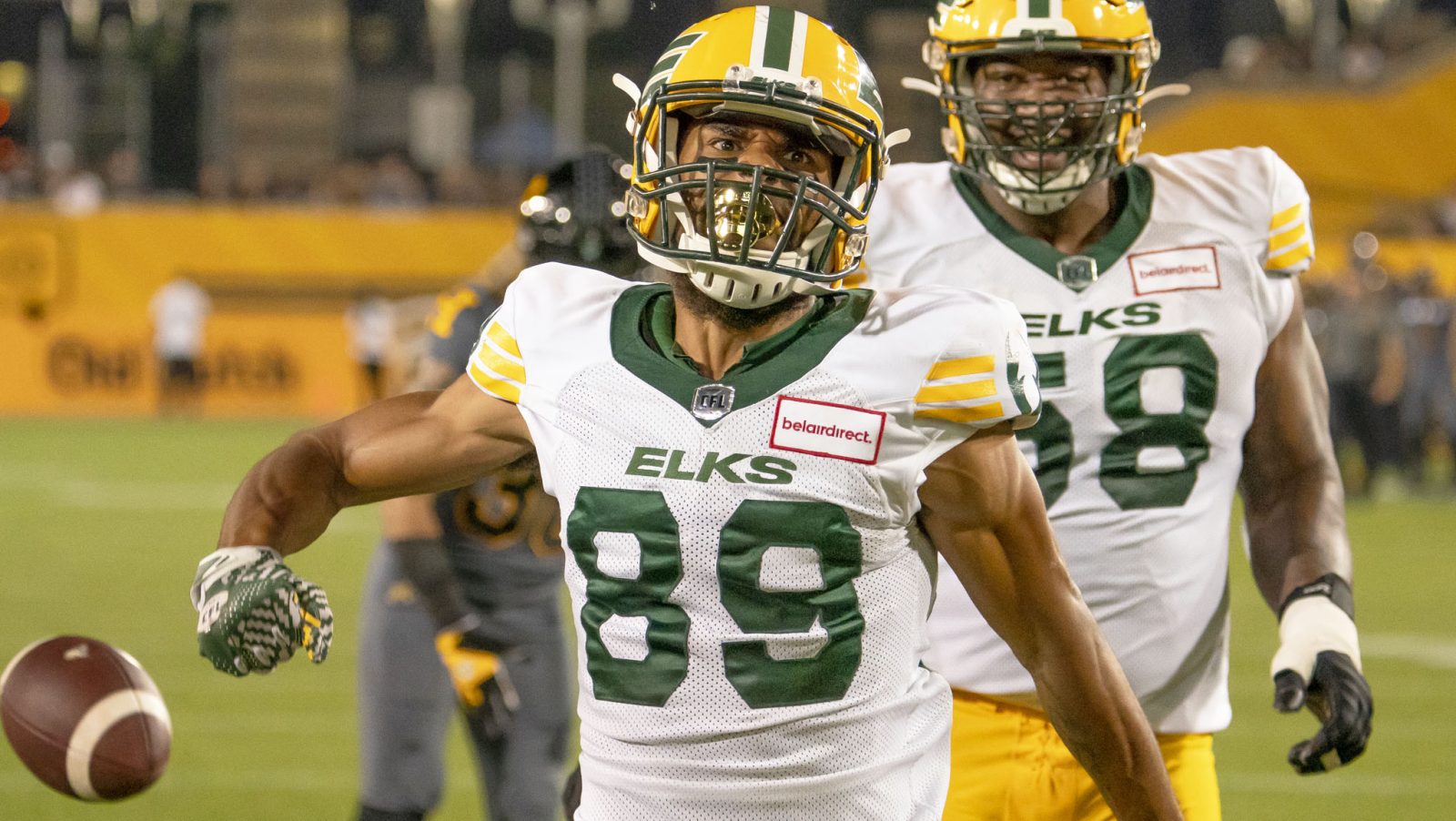 TORONTO — If there were any questions about what Kenny Lawler could do with a new team and in a new system in 2022, the star receiver answered them right away.

In helping the Winnipeg Blue Bombers to Grey Cup wins in 2019 and 2021, Lawler showed himself to be an elite receiver by his second year in the CFL. His 1,014 yards in 2021 led the league and Lawler was the only player to break the 1,000-yard receiving mark in the shortened 14-game regular season.

Free agency led him to Edmonton last year, where he became one of the brightest spots in what turned out to be an overall dim season for the Elks. With Free Agency nearing, Lawler was pegged as the No. 4 player in CFL.ca’s top 30 pending free agents list. If you need any reason to validate that placing, check the video below.

As the Elks worked to find the right fit at quarterback in 2022, going from Nick Arbuckle to rookie Tre Ford and then setting their sights on Taylor Cornelius, Lawler tried to make life simple for whoever was throwing the ball. If you got it to him, he made things happen.

The 28-year-old posted 72 yards in Edmonton’s season-opening loss to the BC Lions. He followed up that lopsided loss with an inspired 12-catch, 149-yard, one-touchdown performance in Week 2, in what turned out to be a loss to the Saskatchewan Roughriders.

While the losses piled up and the quarterbacks changed often early in the season, Lawler found chemistry with Cornelius and provided big games and big plays for his team. His play from Weeks 6 through 12 of the season were consistently great, with a 105-yard game in a loss to the Riders on Aug. 13 and an incredible 146-yard showing in an Aug. 27 loss to the REDBLACKS highlighting his work.

The only thing that slowed Lawler down in 2022 was injury. After dealing with an ankle injury, he went down with a shoulder/collarbone issue on Oct. 1, making another spectacular catch in a game against the Alouettes. The two catches for 45 yards that he had in that game proved to be his final bit of work for the year, as he underwent season-ending surgery shortly after.

Lawler finished the season with 58 receptions for 894 yards and five touchdowns through 12 games. At mid-season he was in the thick of the race for the receiving yards lead. Missing the last six games of the year dropped him to 14th in the league.

Having signed on for a year with the Elks, Lawler’s free agent fate is in his hands this winter, though it seems like he may be set on staying in Green and Gold. 630 CHED’s Dave Campbell reported recently that Lawler had moved his family to Edmonton and that there was optimism about a new contract.

#Elks AGM Geroy Simon offers a little more clarity on the negotiations with pending free-agent REC Kenny Lawler: "It's an on-going conversation and we'll get it resolved sooner rather than later." #CFL

If he does make it to the free agent market Lawler will no doubt hear from a number of teams across the league. His price tag was reportedly very high in last year’s market, but when he was healthy he showed what he could do, finding success in a situation that’s very difficult for a receiver to thrive in.

Lawler has the hardware — he’s a two-time Grey Cup winner, a 2021 CFL All-Star and was a West Division All-Star in 2022 — the experience and the talent to bring instant high-level productivity to any team in the league. At 28, he’s in position to do that for the next few years, at least.

Wherever Lawler signs his name to play this season, that team will get an instant boost to its offence.