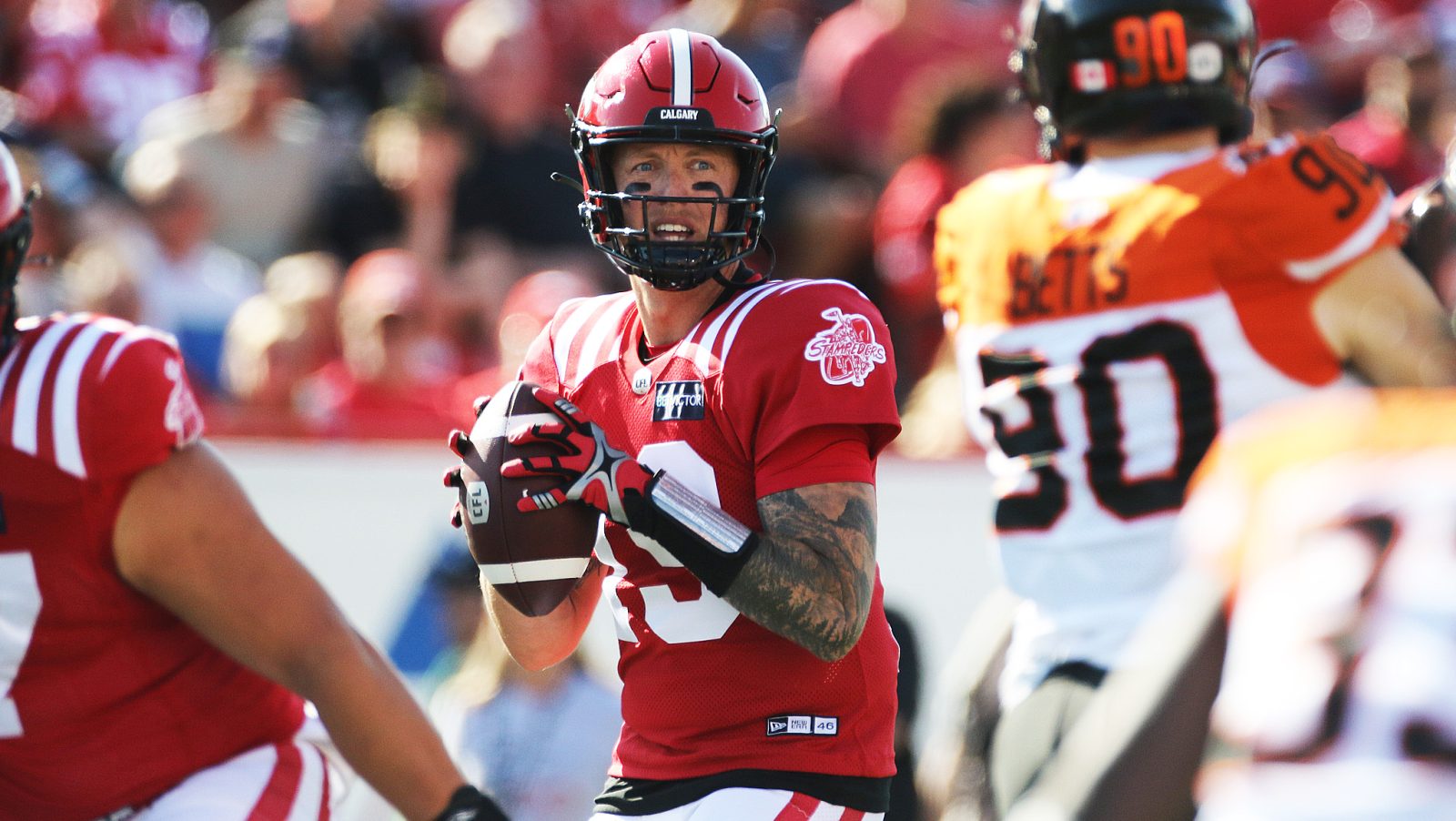 HAMILTON – The Hamilton Tiger-Cats rolled the dice and they got their man.

Bo Levi Mitchell has signed a three-year contract with the Ticats, ensuring the two-time Grey Cup champion and two-time CFL Most Outstanding Player will stay in Steeltown through 2025.

The Tiger-Cats traded for Mitchell’s expiring contract on Nov. 14, 2022, hoping to use the final 90 days ahead of the Feb. 14 kickoff of free agency as an exclusive negotiating window. Despite numerous reports that the 32-year-old would test the open market before making a decision on his next CFL home, the Tiger-Cats were able to secure his services.

“Bo Levi has an incredible record of achievements in the Canadian Football League and is a proven champion,” said Orlondo Steinauer, the Tiger-Cats’ president of football operations and head coach.

“Throughout the process, it became clear that Bo, both as a person and as a player, would be an excellent fit for our organization and we are excited to welcome Bo Levi, Madison, and their two children to the city of Hamilton and the Hamilton Tiger-Cats Football Club.”

The moment he made it official ✍️

“I am excited and honoured for the opportunity to help deliver a championship to the incredible fans in Hamilton,” said Mitchell.

“This is an excellent organization that goes above and beyond to ensure that everyone has what they need to be successful and I have the utmost faith in Coach O, his staff and all the elite players on the roster. I look forward to earning my place in the locker room and being a part of something that I believe can be very special. I can’t wait to get to work.”

The Stampeders made a mid-season switch at quarterback in 2022, opting to go with Jake Maier, who had started the season as Mitchell’s backup. The team extended Maier’s contract on Sept. 27, cementing his status as the team’s No. 1 pivot going forward. With the writing officially on the wall, Tiger-Cats’ president of football operations and head coach Orlondo Steinauer moved quickly to make the deal at the conclusion of his team’s season.

He is the CFL’s active leader with 32,541 passing yards and currently ranks 15th all-time in the category.

Mitchell’s signing with the Ticats marks the team’s roaring entrance into the off-season. Aside from trading for and now signing Mitchell, the organization had stayed relatively quiet in the wake of its Eastern Semi-Final loss to the Montreal Alouettes.

In that loss, the Ticats started Dane Evans at quarterback and went to backup Matthew Shiltz in the game. With Evans under contract as a starter and Shiltz a pending free agent, the Ticats could have a very different looking quarterback room by the time training camp opens this season.

Mitchell’s official arrival in Hamilton should be the first of several off-season dominoes to fall, as Steinauer and his staff will build toward the 2023 season knowing that it will all culminate at Tim Hortons Field on Sunday, Nov. 19, with the 110th Grey Cup.