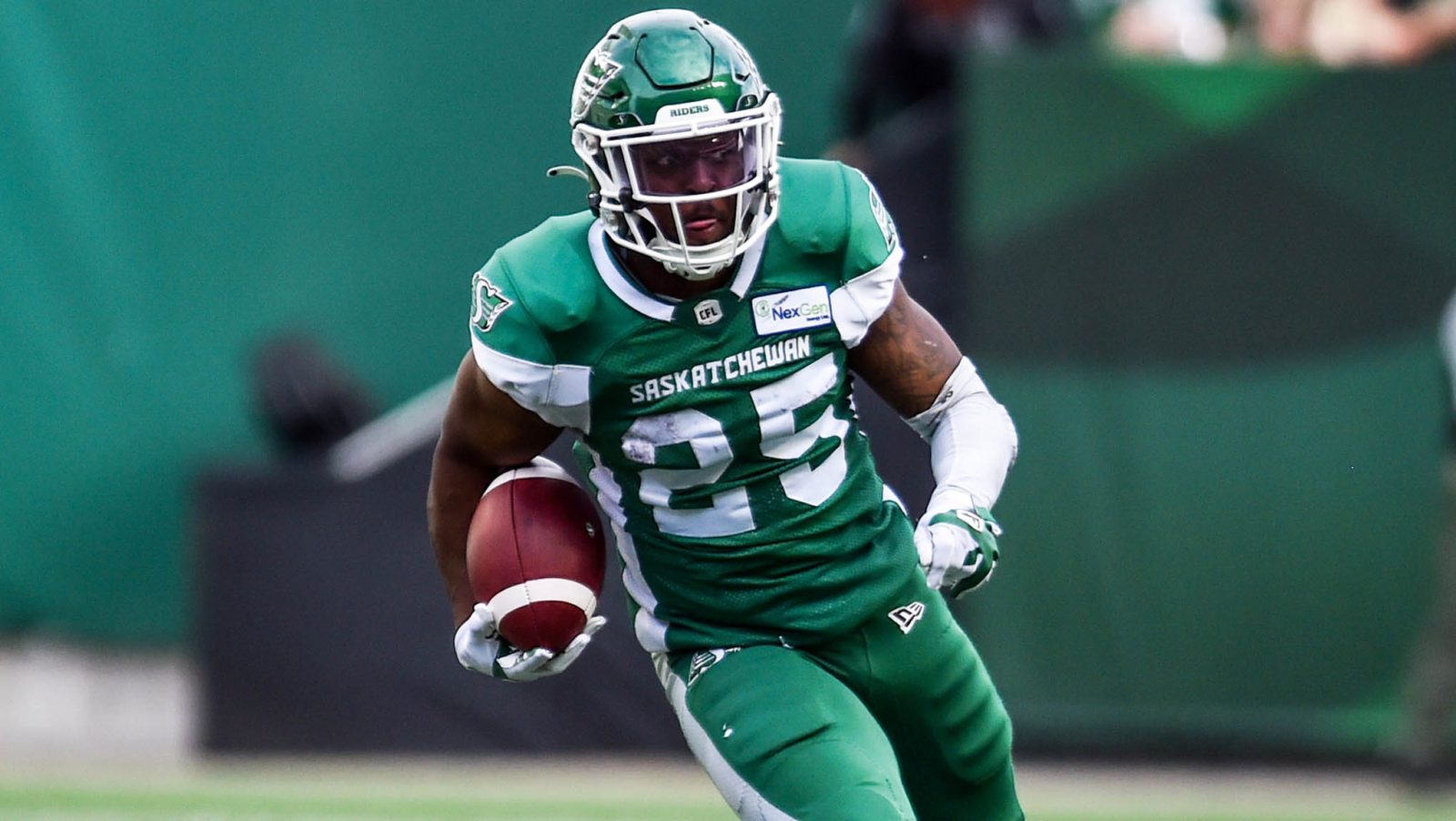 Week 2 of Grey Expectations will not lament too much on what we saw during the opening weekend of play. No one expects that Jamal Morrow will continue his pace to have 450 combined touches or that Nick Arbuckle’s path to 54 interceptions will go unabated. Yes, Week 1 offered some trends to take note of, but don’t buy too much into believing Edmonton’s defence will allow 1,062 points.

On the flip side, there are some trends I am liking here. 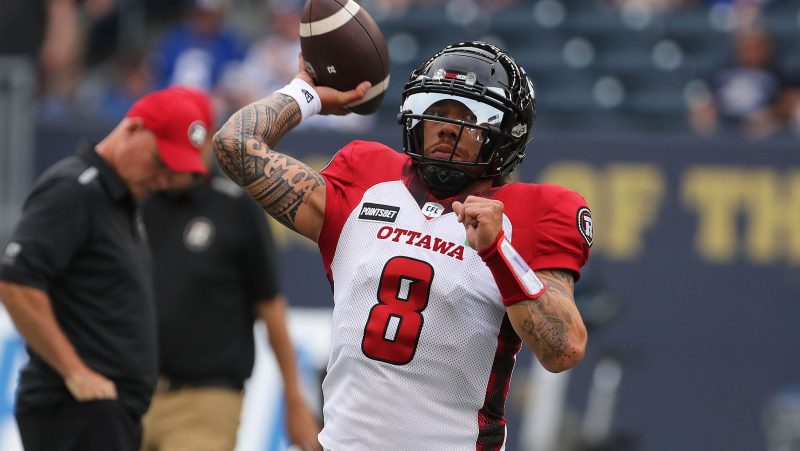 Jeremiah Masoli put on a show in Week 1, against a very tough Bombers’ defence. If he can do it in back-to-back weeks against them, consider it a big statement for his 2022 intentions (Jason Halstead/CFL.ca)

Cody Fajardo, Saskatchewan ($12,090) — The Elks allowed 8.1 yards per play last week and that was against a pivot making only his third start. What can the more experienced Fajardo, who put up 26.2 fantasy points in Week 1, do with a diverse Roughriders’ offence that averaged 6.6 yards per snap? Answer: a lot, so start him.

Bo Levi Mitchell, Calgary ($8,405) — Subscribe to Marshall Ferguson’s belief the Stampeders’ passing game will be productive once Mitchell and his receivers develop a rhythm. Things could get groovy at Tim Horton’s on Saturday if Calgary’s in-tune with stretching out the Ticats’ secondary similar to the aforementioned Fajardo in Week 1.

Jeremiah Masoli, Ottawa ($12,090) — The onus is on the Blue Bombers’ secondary to prove the 380 yards they allowed to Masoli last week was simply an off-night for the champs. Buy into him firing multiple majors in front of the home crowd.

Vernon Adams Jr., Montreal ($12,557) — That’s a lot of long green to invest in 18.2 fantasy points. Without William Stanback, though, expect Adams’ pass attempts to head north of 35 in what will be a matchup against the Argos that has a good chance of going over the point spread. Another two-interception game, though, will see plenty of fantasy users scurrying into panic mode.

McLeod Bethel-Thompson, Toronto ($9,441) — The Alouettes did not allow a completion of better than 30 yards in Week 1. That should change, especially since I’d love to see how aggressive Bethel-Thompson can be with a talented receiving corps that now features Brandon Banks with a chip on his shoulder. 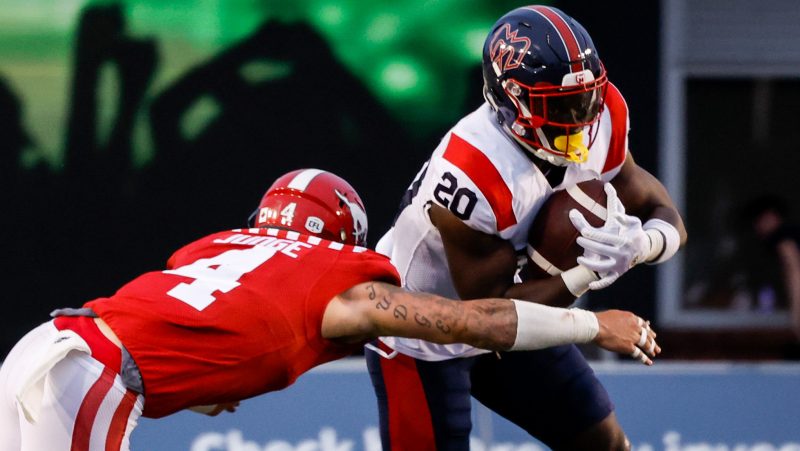 Jeshrun Antwi stepped in and produced in the absence of William Stanback last week. Now the National running back will get a chance to be the Als’ de facto starter while Stanback heals up (The Canadian Press)

Jamal Morrow, Saskatchewan ($5,313) — He’s still a value. Check that: he’s a steal when you consider he’s still returning punts and kicks. Whatever the prop is on Morrow scoring a major this week, the advice here is invest generously. You’re welcome. A 250 all-purpose yard, two-TD game is not unreasonable to expect.

Jeshrun Antwi, Montreal ($4,000) — You can grab both Morrow and Antwi for less than a quarter of your salary. Don’t bank on another 70-yard run from Antwi, yet do count on him to average around six yards per carry while seeing more than the seven attempts he had in Week 1. A solid outing here will quash any Walter Fletcher speculation.

Ka’Deem Carey, Calgary ($9,646) — While Carey may not have huge yardage totals, you’re starting him because he knows where the end zone is. He quietly had five targets in Week 1, so feel confident that he’s going to provide at least 18-23 touches. An improved passing game will only enhance his value.

Andrew Harris, Toronto ($10,931) — Whoa, Nelly, there’s some sticker shock here. Fantasy users are justified in asking if they’re paying for expected production or name value. The Alouettes allowed 5.4 yards per carry and gave up two majors on the ground in Week 1, so there’s that. Still, that’s a lot of long green to invest in a veteran back playing his first game with his new team.

James Wilder Jr., Edmonton ($6,905) — Wilder cannot be Wilder if the Elks are quickly into catch-up mode. Edmonton’s depth at receiver also neutralizes Wilder’s ability to help his fantasy users with catches and YAC coming out of the backfield.

Johnny Augustine, Winnipeg ($4,084) — A slow start from Brady Oliveira opens the door for Augustine to give the Bombers’ backfield a needed jolt. Oliveira is much better than his 10-carry, 17-yard Week 1 performance, but Augustine is the quick strike presence the Winnipeg offence needs.

Don Jackson, Hamilton ($7,011) — Jackson, like the rest of the Tiger-Cats’ offence, is much better than what we saw in Week 1. However, be wise and wait for much better rather than be disappointed a second straight week.

Brady Oliveira, Winnipeg ($4,710) — See Augustine. Only Jackson has more fantasy heat on him at the position going into Week 2. 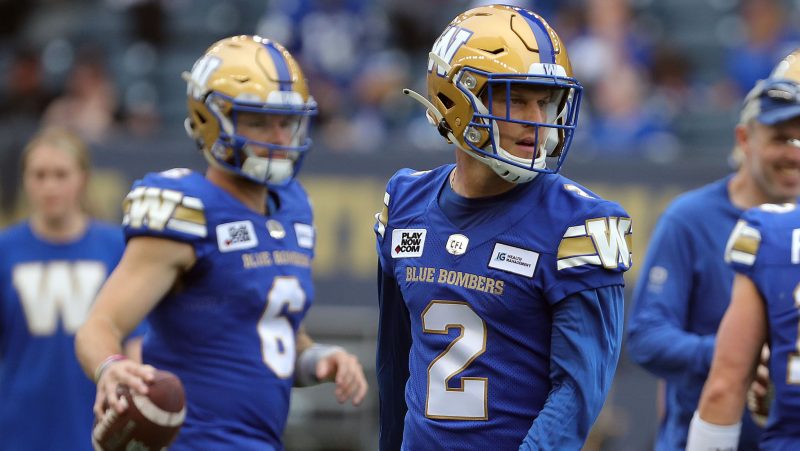 Greg Ellingson got off to a great start in Week 1 with the Bombers, doing everything he could to put a down season in Edmonton far behind him (Jason Halstead/CFL.ca)

Eugene Lewis, Montreal ($10,675) — Lewis’ 11.6 depth yards per target in Week 1 feels like an off-week. You know you’re elite when four catches and 112 yards on seven targets seems a “letdown” in the eyes of some fantasy users.

Reggie Begelton, Calgary ($10,873) — He and Bo Levi Mitchell’s timing was evidently off in Week 1, resulting in just two catches for 23 yards on six targets. Begelton will be a lock for double-digit targets, so while the price is stiff, the production will be rewarding.

Duke Williams, Saskatchewan ($9,553) — Williams is primed for a huge Week 2, evidenced by the 13.6 depth yards per target. He and Cody Fajardo’s timing on the deep ball will be present when Williams gets to face his former Edmonton employers.

Jaelon Acklin, REDBLACKS ($6,981) — His Week 2 salary would have been at least $600 higher had he not dropped a Jeremiah Masoli deep ball early in last week’s loss. He still made up for it with a league-best 143 yards while establishing himself as Ottawa’s WR1.

Greg Ellingson, Blue Bombers ($8,982) — Speaking of establishing themselves as his team’s top wideout, Ellingson looked refreshed teaming with Zach Collaros. Four quarters into the new season and Ellingson is one major away from topping his 2021 total.

Shaq Evans, Saskatchewan ($6,108) — The Week 1 leader in depth yards per target, Evans was also one of only two players with at least 10 targets in Week 1. Expect that trend to continue.

Kenny Lawler, Elks ($8,606) — Expect more usage from Lawler in Week 2. Edmonton didn’t sign him to just get six targets. Fantasy users should root for a blowout since it only means the Elks (and whoever is throwing the ball) will be in level 1 pass mode.

Saskatchewan ($3,785) — The Roughriders hosted Sack Party ‘22 last Saturday, recording eight QB takedowns along with forcing five turnovers against the Ticats. While an obvious pick here, there’s also a sense of lament for Edmonton’s quarterbacks, who were sacked four times while coughing up four turnovers in Week 1. It’s could be a long, long, night for Nick Arbuckle and friends.

Calgary ($3,200) — Value play here as the Stamps take on a Hamilton offence that managed just 4.4 yards per play versus the Riders. Calgary got to Vernon Adams three times and also created extra opportunities for the O with three forced turnovers. Dane Evans must attempt to rebound against a Stamps secondary that had a league-best 65.9 pass efficiency rate against the Als in Week 1.

Winnipeg ($4,159) — Count on a Blue Bombers bounceback defensively, but why spend high when the aforementioned teams are less expensive, especially the Stampeders, who are nearly $1,000 cheaper? Even in CFL fantasy, it’s good to watch your wallet.