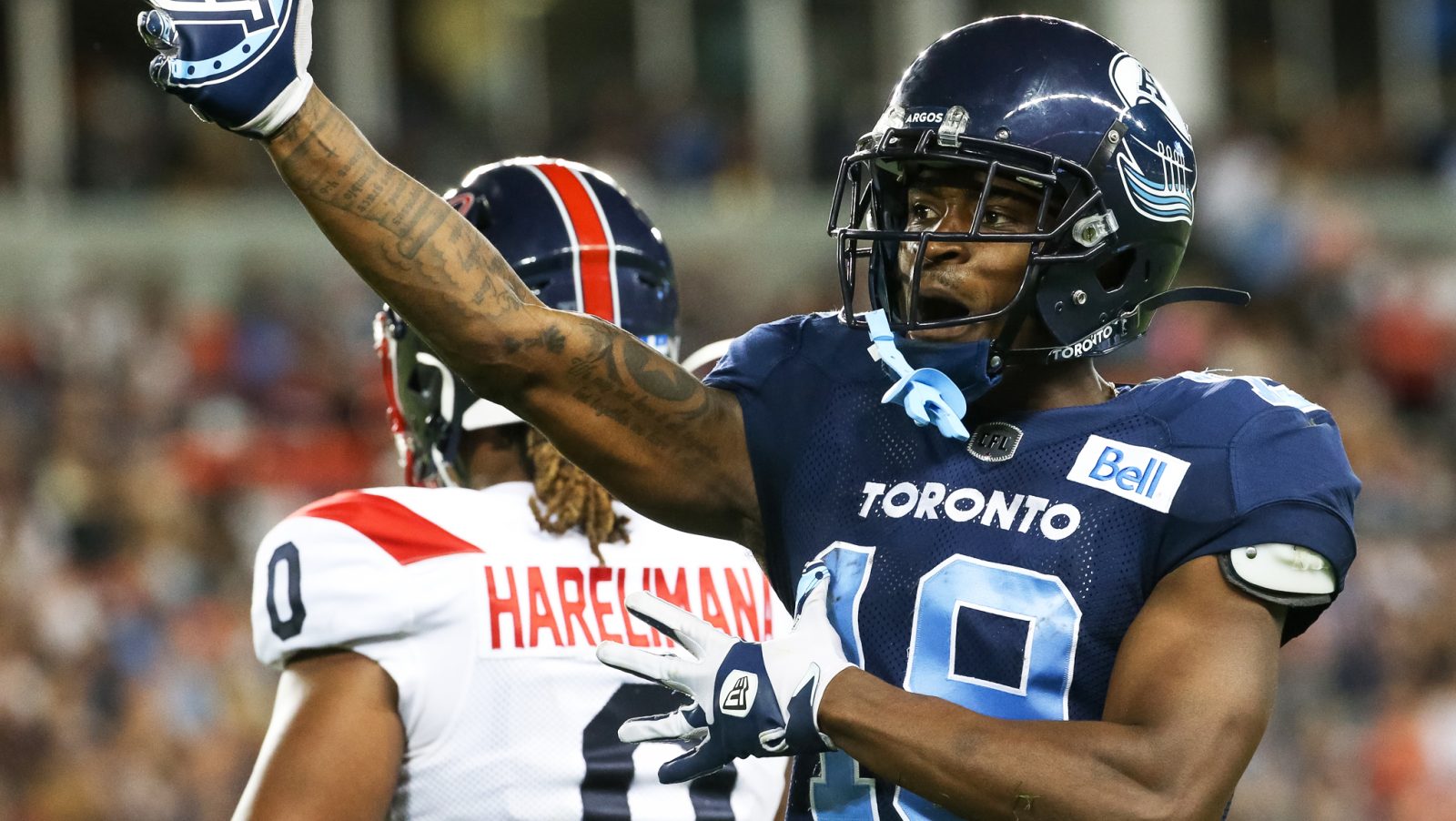 Hello, Toronto Argonauts. My question is: How? That’s all. That’s it. Just… how?

Here are this week’s… Hang on. But seriously. HOW?

Here are this week’s… And, you know, I’m not just talking about avoiding a loss on a 21-yard field goal, either. I’d like to know the ‘how’ of that, sure. Your division mates are 0-6, collectively. How’ve you done this?

Here are this week’s… It’s just that this seems so very weird, eh? So, how? And don’t give me some B.S. answer like “Haha, it’s just clean living, bud.”

Here are… Honestly, do you have a pentagram in the middle of your locker room floor or something? Where do you get your eye of newt? ‘Cause that sure is some top-grade, Walter White level eye of newt you’re using in your spells.

THE STAMPEDERS BEG TO DIFFER

I cannot tell a lie. Well, that’s a lie, I certainly can. But I will not. I’ll admit freely to thinking about turning off the Hamilton/Calgary game part way through the third quarter, and browsing to see if there was anything on Netflix that could keep me company until the late game started. I felt safe in the knowledge that I’d be writing a takeaway about how the Ticats had obviously enjoyed the benefits of a good mani-pedi, flashing those claws like sharpened scythes gleaming in the sun at harvest time.

I almost clicked on “Stranger Things” to see what all the fuss is about. But I stayed with the game, or at least I think I did. Maybe Calgary’s rise from a 24-3 halftime deficit to overtime victory was a stand-alone episode of the show, I don’t know. All I do know is that I’m craving a highlights pack of the Stampeders’ comeback accompanied by Kate Bush’s ‘Running Up That Hill’ for some reason.

IF AT FIRST YOU DON’T SUCCEED, MAYBE DO NOT TRY, TRY AGAIN

I know the old adage is to keep on keepin’ on and it is probably true in most cases. Most football cases, even.

But it does occur to me that Hamilton quarterback Dane Evans was punished rather than rewarded for his dogged determination on a fateful third and short during the fourth quarter. Battling hard for every inch he could get, Evans knew he was denied the necessary forward progress needed to move the sticks. So he kept his legs churning, churning, ever churning.

How was he supposed to know that Calgary safety Titus Wall had the ability to take advantage of any glitches in the matrix? Wall’s smooth-as-silk grab, spin and dash for a touchdown had him sweeping in and out like a chinook before anyone was really aware what was happening. Somewhere, Keanu Reeves leaned forward and softly whispered “whoa” as he sensed the vibration. Somewhere else, a screenwriter began working on Titus Wall’s way-cool origin story.

BONUS TAKEAWAY: That’s what Wall’s touchdown was. A bonus takeaway. Don’t get much more bonus-ier or takeaway-ier than that.

In Week 1, it was flipping the switch in the team’s passing game. In Week 2, it was all systems go in the ground game, with running back Jamal Morrow darting, dashing and just plain ol’ lowering his pads and drilling straight ahead for 126 yards in an industrious win over the Edmonton Elks. On Morrow’s touchdown run the Roughriders used not one but two fullbacks to dynamite the defence ahead of him, with Morrow coming through the loosened bedrock like a human auger.

So then if I describe the Saskatchewan running game as ‘boring,’ you’ll understand that’s high praise and not an insult.

BONUS TAKEAWAY: You gonna make me mention you every week, Larry Dean?

With quarterback Trevor Harris coming off the bench for the Montreal Alouettes and really doing all that was necessary to have the Als leave Toronto with a win it might look like Montreal has a quarterback controversy after the team’s named starter, Vernon Adams, proved ineffective in the early going.

But maybe a closer look tells us it’s not a controversy so much as a clear path forward. Harris’ well-known modus operandi might be just the methodical quarterbacking ticket the Alouettes’ offence needs to run on a consistent basis. And then, you inject a healthy dose of Adams during each game so he can scramble, escape and hurdle his way into messing with the opponents’ minds.

BONUS TAKEAWAY: All those who consider themselves contenders please take one step forward. Not so fast, Toronto Argonauts. Still got a few things to prove after that one. Nothing personal. Please don’t hit me with some kind of curse conjured up on that locker room floor pentagram of yours.

Half-empty? The Ottawa REDBLACKS are making too many errors to be considered a rising contender, despite what they look like on paper. Half-full? The REDBLACKS just went toe-to-toe with the CFL’s gold standard team, the defending champions. And they damn well coulda knocked ‘em off twice.

The takeaway? The takeaway is that I still do not know whether Ottawa’s glass is half-full or half-empty. I’ll just keep staring at that glass. I know the answer will come. With a bye week coming up – giving the team a chance to decompress and then work on eliminating the things they need to eliminate, I think we’ll better be able to size up that glass and its relative fullness or emptiness when the REDBLACKS host BC in Week 4.

AND FINALLY… If you’re a receiver of any age, in any league, anywhere, you should go to lunch with Kenny Lawler. Wait for him to order. Then, just say to the waiter “I’ll have what he’s having.”