Berg vs. Ferg: Which ‘no lead is safe’ moment was better? 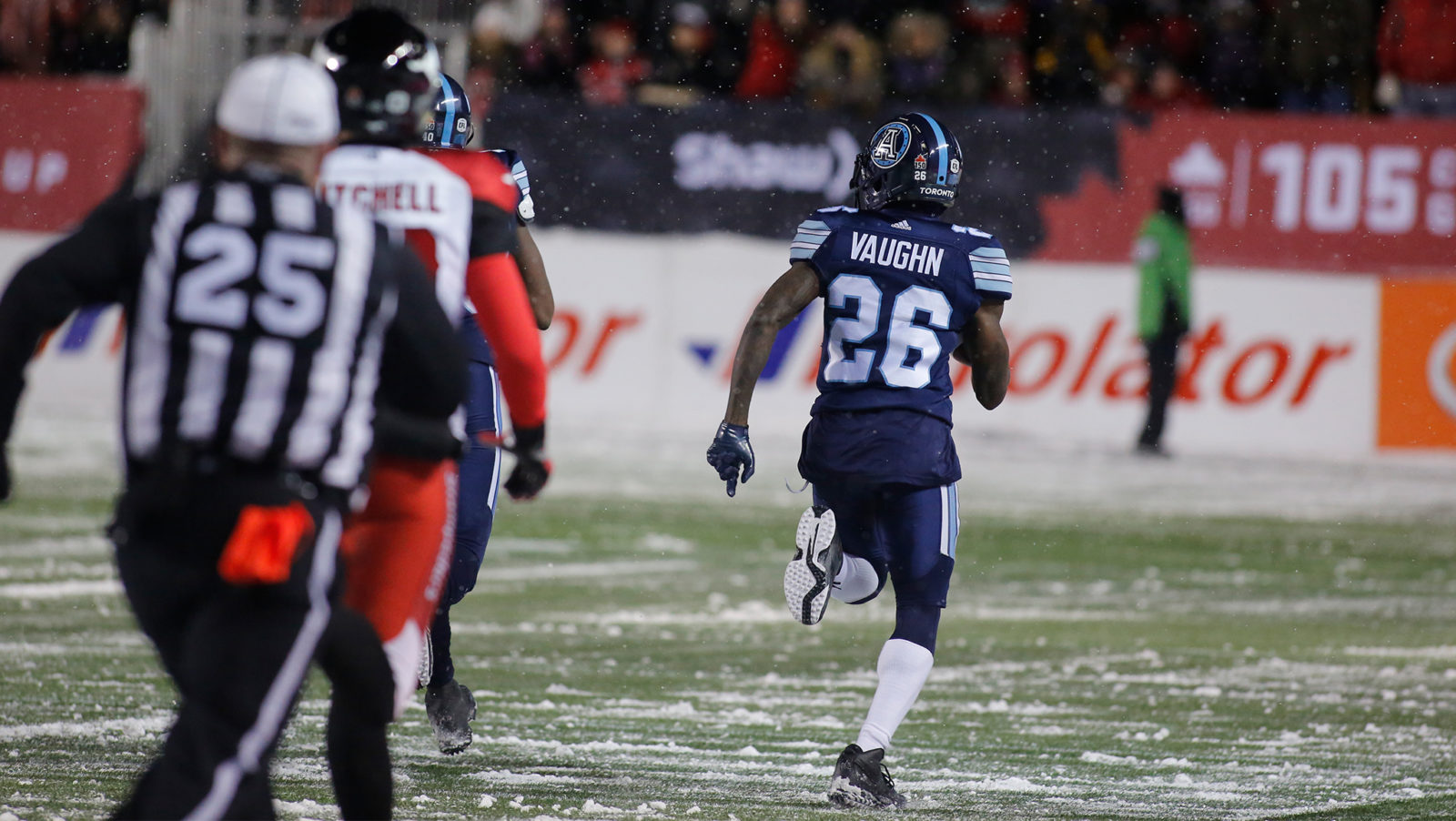 Berg vs. Ferg: Which ‘no lead is safe’ moment was better?

Berg vs. Ferg is back for 2019 as columnists Pat Steinberg and Marshall Ferguson debate over some of the league’s most contentious storylines. This week’s question: Which late-game comeback was most memorable?

TORONTO — With three downs and a 20-second play clock, every now and then we’re reminded that no lead is safe in the CFL.

Week 10 brought another one of those moments when Montreal Alouettes quarterback Vernon Adams Jr. tied together two scoring drives with an onside kick in the span of 1:40, overcoming an 11-point deficit to force overtime.

From the game-tying points to the ensuing flurry in overtime, Saturday’s 40-34 final was a thing of beauty and one of the most thrilling finishes to a game in recent memory. On the other hand, it was hardly the first dramatic come-from-behind finish we’ve seen in recent memory.

Argos quarterback McLeod Bethel-Thompson has rallied the Argos back to victory from 20- and 24-point deficits over the last two seasons.

Two years ago Andrew Harris scored against Montreal on the game’s final play, capping off a furious two-minute comeback that also required an onside kick.

In 2016, Jeremiah Masoli set a new consecutive completions record, making good on 23 straight attempts to lead Hamilton back from a 31-6 victory vs. the Eskimos.

And who could forget the 105th Grey Cup, which saw the Argos change their fate late in the game thanks to a 109-yard fumble return touchdown by Cassius Vaughn.

Which no lead is safe moment was better? Steinberg and Ferguson debate in the latest Berg vs. Ferg.

BERG (5-10): A REMARKABLE SEQUENCE OF EVENTS

Members of the 2017 Calgary Stampeders are likely still trying to figure out what happened in the 105th Grey Cup. What seemed like a game totally in their control turned into a devastating 27-24 loss for the Stamps at the hands of the Toronto Argonauts. Simultaneously, however, it was one of the most stunning comebacks in recent CFL memory.

The game had already featured some memorable moments, led by DeVier Posey’s Grey Cup record 100-yard touchdown reception early in the second quarter. We had seen multiple two-point convert attempts and a generally back-and-forth game en route to a 24-16 Calgary lead in the game’s final stages. That’s when things turned on a dime.

Up by a possession, the Stampeders had played a picture perfect first 10 minutes of the fourth quarter. They were controlling possession and allowing their defence a chance to dictate the pace. With Calgary driving deep into Argos’ territory late in the fourth, a Kamar Jorden fumble returned 109 yards by Cassius Vaughn (another GC record) followed by a two-point convert tied things 24-24. Toronto’s momentum snowball was going downhill fast.

While Vaughn’s shock fumble return was the most memorable moment of Toronto’s comeback, let’s not forget what else had to transpire. The Argos had to put together one more scoring drive, which they completed with less than a minute remaining on a Liram Hajrullahu field goal. And before they could close out a 27-24 win, Toronto needed one more heroic moment: a Matt Black end zone interception to seal things with the Stamps driving.

The 105th Grey Cup was chock full of incredible moments. Ricky Ray winning another title, Posey’s touchdown reception, Vaughn’s fumble return, and the shock of a second straight stunning championship game loss for Calgary. In the end, though, we’ll look back at that November night in 2017 as one of the most memorable comebacks in recent memory.

Comebacks are awesome, assuming you’re on the winning side. While I don’t have any interest in cheering for a team and love good football over any logo or jersey colour, Hamilton’s Jeremiah Masoli has the most memorable recent comeback in my memory.

Why was it so memorable? It happened in 2016 against Edmonton. Hamilton was on the road, playing against Mike Reilly at the height of his Eskimos powers with a quarterback in Masoli still trying to find his footing in replacement of Zach Collaros.

All of a sudden in a game that went down in the history books, Masoli completed a CFL record 23 straight passes as his Ticats snagged a 37-31 win away from the Eskimos

All of this is impressive but the thing that stood out to me as someone who saw the performance live was the routine nature of it. At no point did it feel as though Masoli had just hit a third straight shot from beyond the arc in NBA Jam and set the mesh on fire to the pleasure of everyone in the crowd.

He just went about his business in a unique rhythm that has rarely been seen before and even rarer since. For Masoli it was a marquee night to hang his hat on. For Ticats fans and those like myself who love to see the game played at the highest level it will forever be remembered as the night Masoli shocked us all and led his team back from a previously assumed insurmountable deficit.