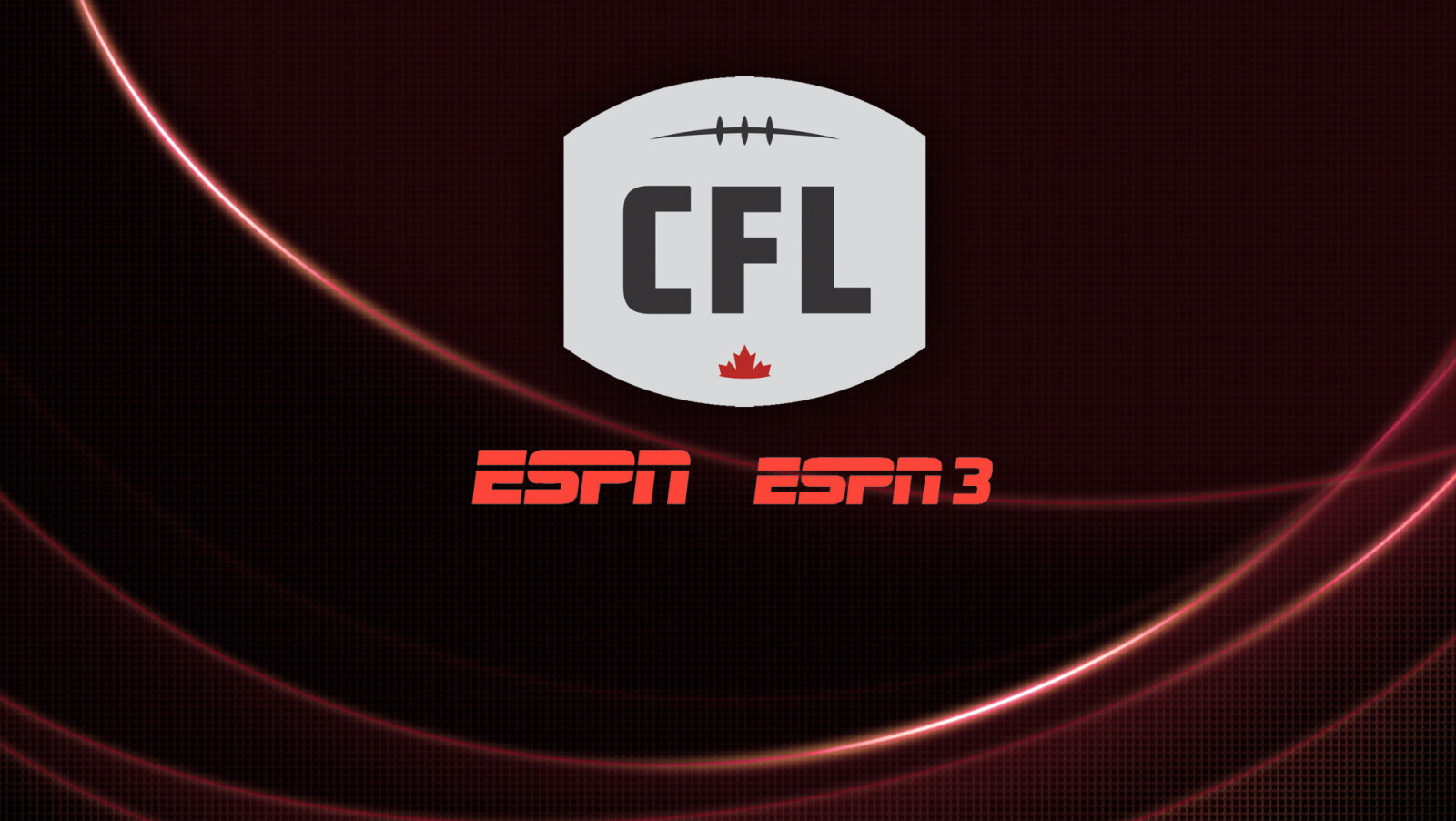 TORONTO — ESPN kicks off the 2016 Canadian Football League (CFL) regular season when the Toronto Argonauts host their fierce rivals, the Hamilton Tiger-Cats at the newly renovated BMO Field on Thursday, June 23, at 7:30 p.m. ET on ESPNEWS. Opening weekend continues with two contests on ESPN2: the Winnipeg Blue Bombers host the Montreal Alouettes on Friday, June 24, at 8:30 p.m. and the BC Lions host the Calgary Stampeders on Saturday, June 25, at 10 p.m. Additionally, the defending Grey Cup Champion Edmonton Eskimos host the Ottawa REDBLACKS in a Grey Cup rematch on Saturday at 7 p.m. on ESPN3.

Through a multi-year agreement with the CFL, ESPN television networks and ESPN3 have exclusive rights to present all regular season and postseason CFL games in the United States, including the Eastern and Western Semi-Finals and Finals and the 104th Grey Cup presented by Shaw. ESPN telecasts feature production and commentator teams from TSN, Canada’s Sports Leader.

The first CFL game on ESPN was televised in 1980. ESPN presented a total of 86 regular season and postseason games in 2015.

* All ESPN networks are available to stream live on WatchESPN and the ESPN app. Schedule subject to change.

ESPN3 is ESPN’s live multi-screen sports network, a destination that delivers thousands of exclusive sports events annually. It is accessible on computers, smartphones, tablets and connected devices through WatchESPN. The network is currently available nationwide at no additional cost to fans who receive their high-speed Internet connection or video subscription from an affiliated service provider. It is also available at no cost to U.S. college students and U.S.-based military personnel via computers, smartphones and tablets connected to on-campus educational and on-base military broadband and Wi-Fi networks.