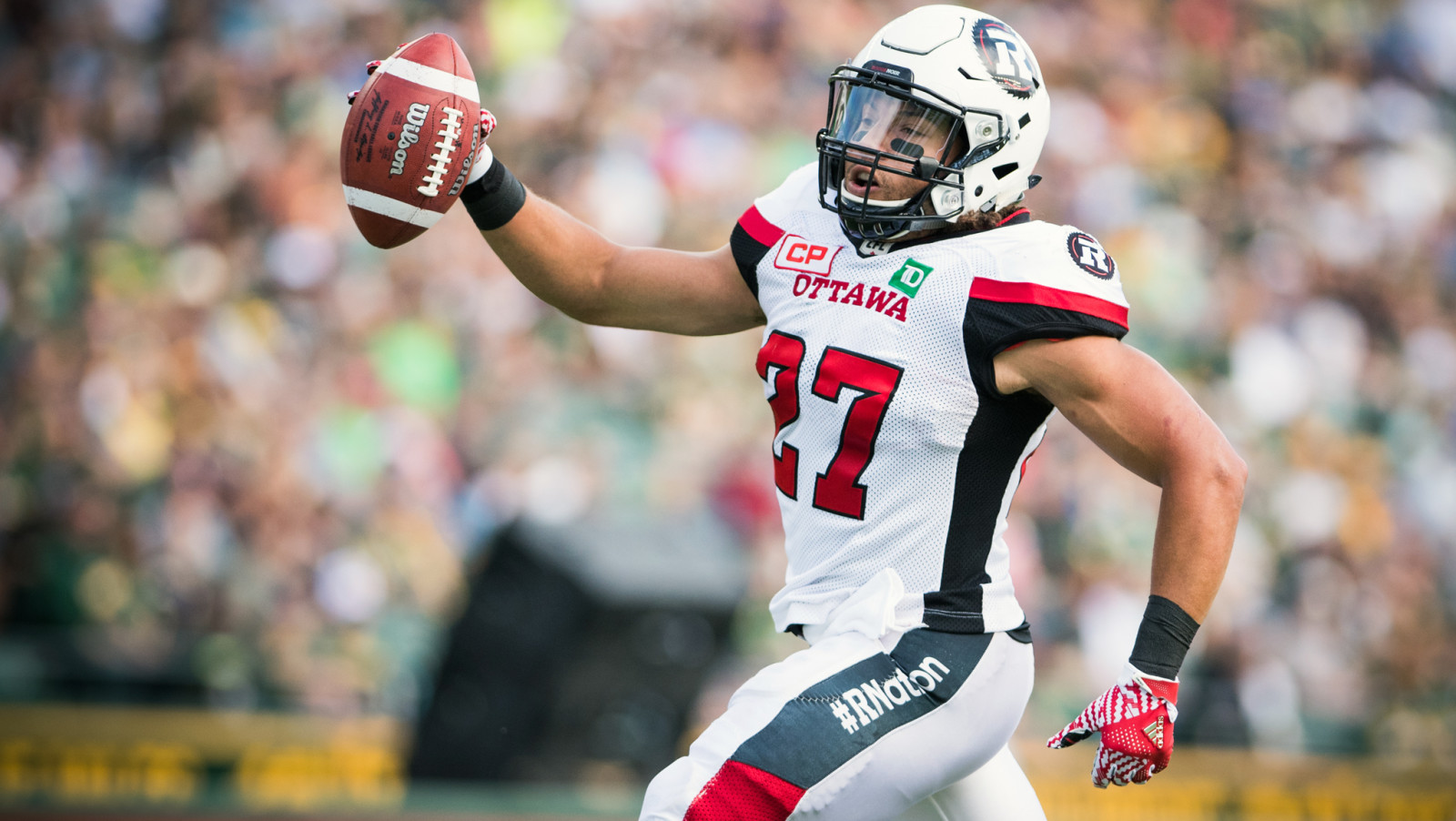 TORONTO — Week 1 of the regular season is in the books and the Nissan Titan Power Rankings are in. The Ottawa REDBLACKS made a bold statement in a tough road match in Edmonton to open the season, winning a Grey Cup rematch with the Eskimos in overtime.

The Ticats, Lions and Alouettes are also on the rise after impressive Week 1 victories, but what does that mean for those that came up short?

No Henry Burris? No problem. Trevor Harris stepped in in the third quarter for the injured Burris and impressed everyone leading the REDBLACKS to a thrilling overtime victory against the reigning Grey Cup Champion Edmonton Eskimos. Harris, in his first game in the nation’s capital, completed 17 of 19 passes for 292 yards and threw three touchdowns in the 45-37 victory.

Even though the Edmonton Eskimos fell to the Ottawa REDBLACKS in Week 1, they still have a very dangerous offence to take into next week. Grey Cup MVP Mike Reilly is leading that offence, which includes last year’s second-leading receiver in Adarius Bowman and Most Outstanding Rookie Derel Walker. Reilly, Bowman and the rest of the Eskimos will work hard to try to find the win column next week.

If questions surrounding Jeremiah Masoli starting the season as quarterback were circulating before, they sure won’t be now. Masoli proved worthy of the start, leading his Tiger-Cats to a 42-20 victory over the Toronto Argonauts in the first ever game at BMO Field. Hamilton’s defence, led by Simoni Lawrence who had seven tackles including two sacks, went to work early and frustrated Ricky Ray and his offence all night long.

Calgary’s Bo Levi Mitchell completed 16 of 27 passes, throwing for 248 yards and one touchdown in his team’s 20-18 loss against the BC Lions. The Stamps defence started out on the right page – only allowing three points in the first half – but Calgary’s special teams had no answer for Chris Rainey.

Chris Rainey. Rain Man. Whatever you want to call him, everyone should know his name now. In the BC Lions’ 20-18 victory over the Calgary Stampeders, Rainey scored two touchdowns, including the go-ahead touchdown on a 73-yard punt return in the fourth quarter. The Lions now sit alone at the top of the West Division and move two spots up the Power Rankings.

The Montreal Alouettes defeated the Winnipeg Blue Bombers 22-14 to move up three spots in the Power Rankings this week. Quarterback Kevin Glenn looked comfortable at the helm of Montreal’s new looking offence coached by Anthony Calvillo, connecting on 30 of 42 passes for 332 yards and one touchdown.

Ricky Ray and his Toronto Argonauts just couldn’t find their rhythm against the Tiger-Cats in Week 1. Hamilton’s dominant defence and Toronto’s less than stellar offensive performance caused the Argos to fall three spots in the Power Rankings. Ray finished with 282 passing yards and two touchdowns but was sacked five times, fumbled once and threw an interception.

With the Saskatchewan Roughriders starting their season on a bye, we have yet to see this year’s club in action. Saskatchewan’s faithful are hoping for a better result than the 3-15 season they endured last year, and Chris Jones is trying his best to make that happen. We’ll see starting next week if Jones’ changes will be enough to turn things around in Riderville.

The Bombers’ inability to recover from a slow start against Montreal caused them to fall three spots in the Power Rankings. Justin Medlock and Andrew Harris both made their Bomber debuts in Week 1. Harris had a good outing, rushing for 80 yards on 13 carries and grabbing six catches for 40 yards. Medlock kicked a 58-yard field goal in the loss, tying the longest field goal in Bomber history.