TORONTO — The debate surrounding Bo Levi Mitchell continues to intrigue, as all the Calgary Stampeders pivot does is win football games — even if the numbers aren’t always pretty.

While Mitchell remains at the top of the weekly QB Index, there’s been plenty of shuffling below him. Matt Nichols jumps two spots after another strong performance vs. Ottawa, meanwhile, Riders quarterbacks Brandon Bridge and Kevin Glenn have both dropped after their team scored only nine points vs. Calgary.

RELATED
» MMQB: Have the Stamps gotten even better?
» Stamps’ defence shines in 15-9 win over Riders
» By the Numbers: 2017 passing leaders 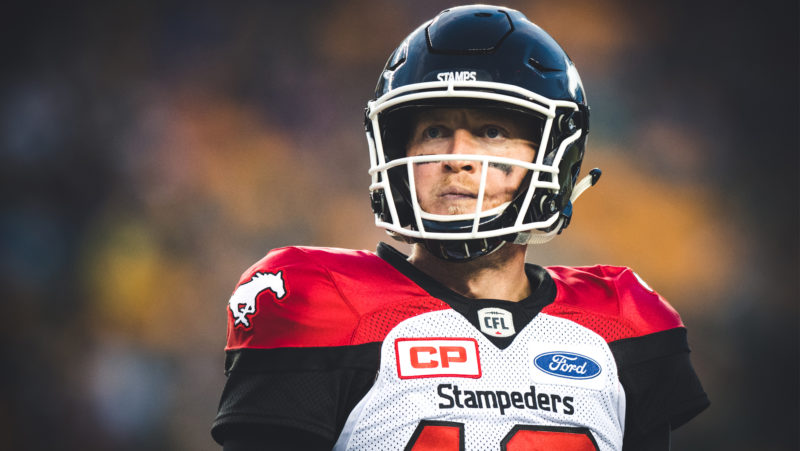 Bo Levi Mitchell and the Stamps scrapped out another tough road win in Week 14 (Johany Jutras/CFL.ca)

In addition to Mitchell, Ricky Ray also proved this week that quarterbacking is more than just a numbers game. Ray moves into the top-four despite his second-lowest passing output of the season, which came in a critical East Division win over the Alouettes at BMO Field.

Finally, the quarterback questions in Montreal and Ottawa may have only intensified, as Darian Durant and Ryan Lindley struggled for the second consecutive week.

Here are this week’s rankings:

Critics will point to a drop in production for Bo Levi Mitchell in 2017, but it’s not as though his numbers (18-8 TD-INT, 3,713 passing yards) aren’t solid. More important than anything, Mitchell continues to win, pushing his career record to 54-8-2 — a winning percentage of .870.

Matt Nichols jumps two spots to No. 2 after a solid showing vs. Ottawa, which saw him throw for 319 yards and two touchdowns on 23-of-33 passing. In his last eight games, Nichols has thrown 16 touchdowns and only three interceptions while guiding his team to a 7-1 record.

Despite being idle in Week 14, Mike Reilly drops a spot to make way for the fast-rising Matt Nichols. Despite his statistically-dominant season, Reilly’s team has lost five straight games. The veteran pivot will go head-to-head with the second-ranked QB, Nichols, this weekend.

For the second time this season, Kevin Glenn had trouble escaping the pressure against Calgary’s smothering defensive front, leading to his least productive start of 2017. The veteran 38-year-old looks to bounce back in a Week 15 visit to the nation’s capital to take on the REDBLACKS. 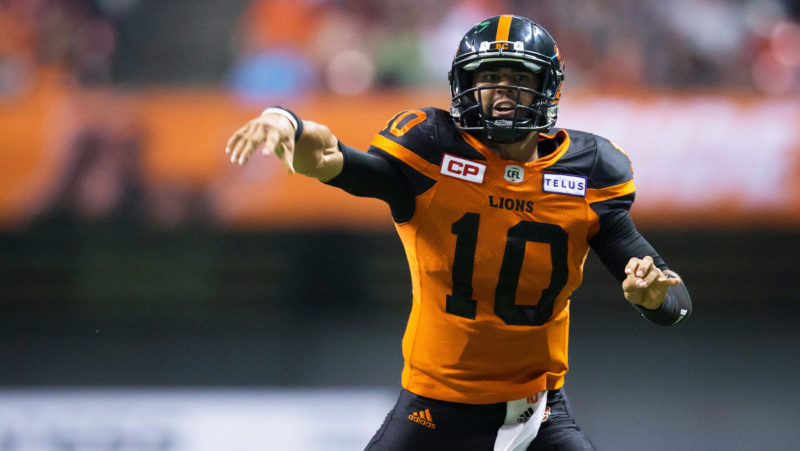 Despite his team’s loss, Jonathon Jennings put up solid numbers for the Leos in Week 14 (The Canadian Press)

Jonathon Jennings enjoyed a solid bounce back effort vs. the Ticats, despite his team dropping the contest in the end. After losing his job and then getting it back due to injury, the third-year pro and 25-year-old will have to continue to heat up down the stretch for his team to make the playoffs.

Jeremiah Masoli inches a little bit closer to the elite quarterback discussion after out-dueling Jonathon Jennings and the BC Lions in Vancouver. A win on the road in Van City is no easy feat for any East Division team, while Masoli has compiled a 3-1 record since taking over the huddle on Labour Day.

The Canadian, Brandon Bridge, was called upon late to try and lead a fourth-quarter comeback against the league-leading Stampeders. While it fell short, Bridge has generated a little bit more discussion on who should be the starting QB in Saskatchewan — although, for now, that job remains Kevin Glenn’s.

A week after being pulled following six straight incompletions vs. the REDBLACKS, Darian Durant bounced back with 25 completions on 38 attempts vs. the Argos. Zero touchdowns and three interceptions won’t fend off any of his critics, although the Alouettes receivers did little to help the veteran pivot.

Drew Willy falls a spot despite not attempting any passes vs. the Argos in Week 14. Darian Durant’s job appears to be safe, for now, but if anything changes, Willy is waiting for his opportunity on the Als’ sideline.

The former NFL starter struggled in his first CFL start, completing only 16 of 36 passes with no touchdowns and an interception against the Bombers. Ryan Lindley will look to do better, if needed, when the REDBLACKS host the Riders in Week 15. 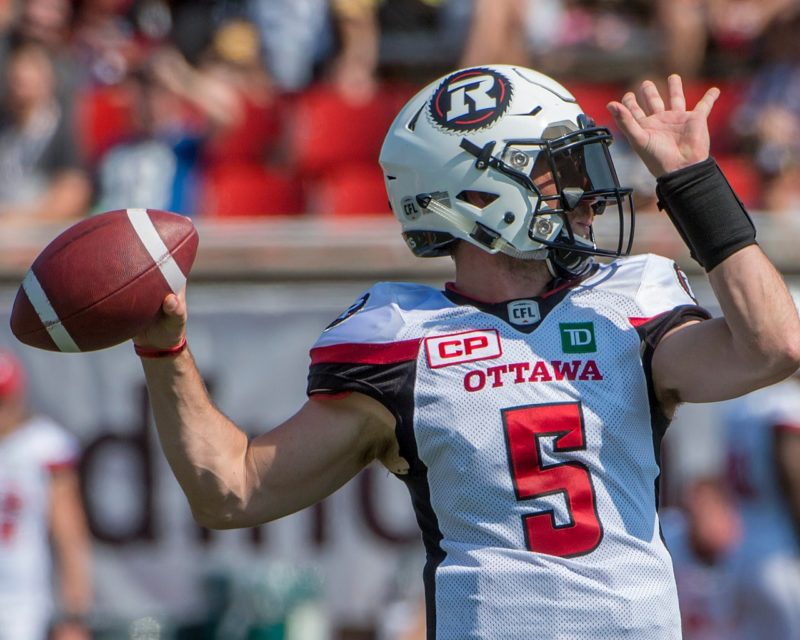 Trevor Harris was emerging as a legitimate MOP candidate before his shoulder injury in Week 12. After Ryan Lindley’s performance in Winnipeg, we’re finding just how valuable Ottawa’s starter is.

After dressing in Week 14, Drew Tate could return to the field for the REDBLACKS in Week 15.