Eskimos bounce back with convincing victory over Lions 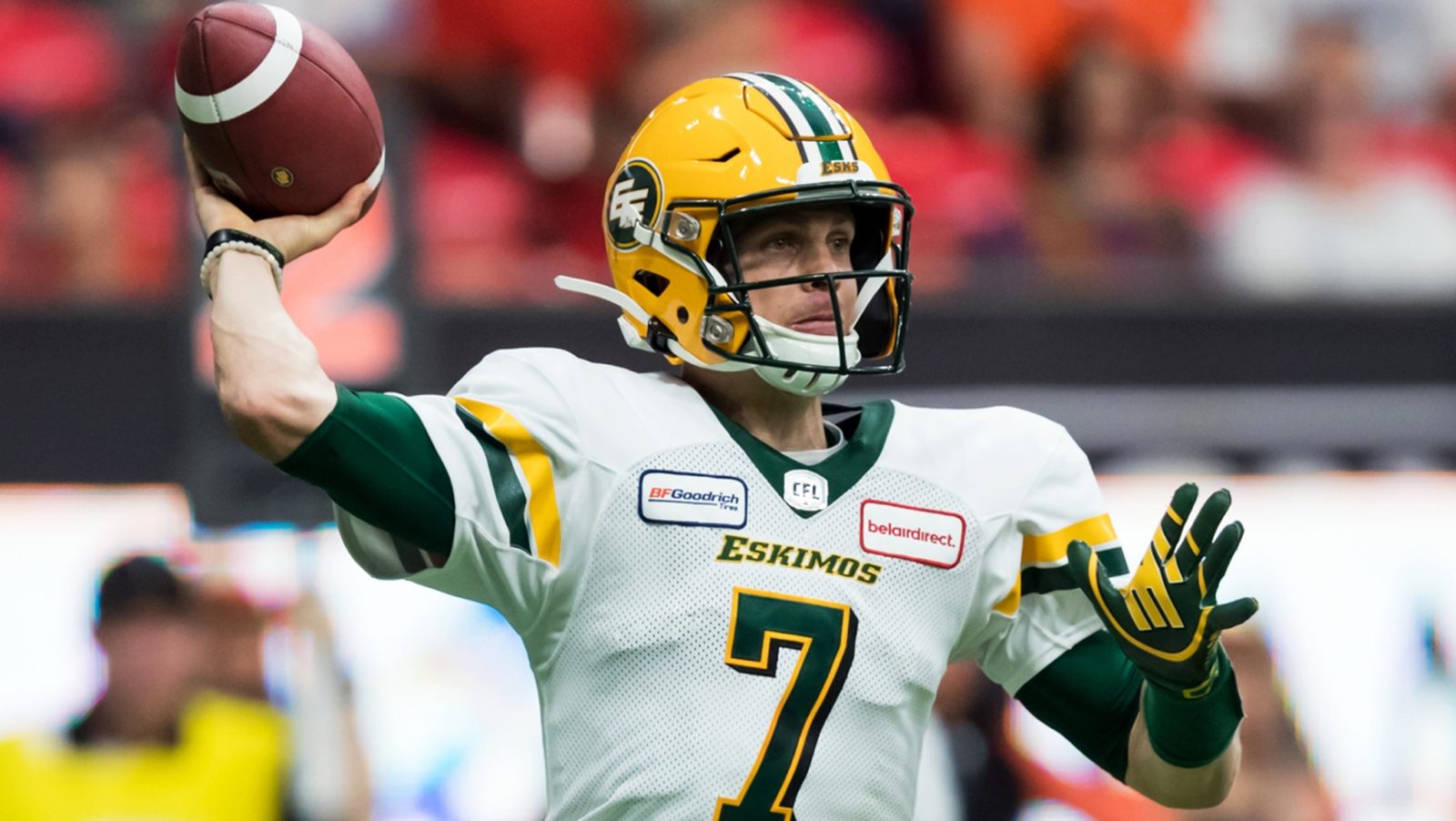 Eskimos bounce back with convincing victory over Lions

Trevor Harris makes a pass in the first half of Edmonton's Week 5 meeting with the Lions. (Jimmy Jeong, CFL.ca)

VANCOUVER — It’s just Week 5 of the CFL regular season, but the Edmonton Eskimos sealed the season series on Saturday with a 33-6 victory over the BC Lions.

Following their second meeting of the season, the Eskimos improve to a 3-1 record while the Lions drop to 1-4, sitting last in the West Division.

After losing to Winnipeg last week, the Eskimos picked up where they left off from the last time these two teams met. The Eskimos faced the Lions for the first time this season back in Week 2, which saw the Green and Gold win at home 39-23.

Both teams traded field goals in the opening few minutes of the first quarter. Sean Whyte notched a 31-yard field goal while his Lions’ counterpart in Sergio Castillo split the uprights from 52-yards out.

After a C.J. Gable rush came a yard short of the goal line, Trevor Harris elected to call his own number, plunging his way to get Edmonton their first major of the night, and the 10-3 lead.

Harris completed 22 of his 28 pass attempts for the night, passing for 276 yards and two touchdowns. His no-interception streak remains intact as well through four games and 156 pass attempts.

The Eskimos defence continued their manhandling of Mike Reilly. In the first meeting between the two teams, Edmonton’s defence was able to get to Reilly seven times. As for Saturday night, they hauled down the Lions’ slinger five times in the first half alone.

While the offence wasn’t doing much in terms of progressing the ball upfield for the Eskimos, it was more so the positive field position Edmonton’s special teams unit was getting, setting their offence inside the Lions’ end of the field on four occasions in the first half. In two games, the Eskimos hauled down their former quarterback a total of 12 times.

With thanks to that field position, as well as the leg of Sean Whyte, the Eskimos were able to head off the field at halftime holding onto a 13-point lead. Whyte connected on all three of his attempts, being responsible for nine of the Eskimos first-half points.

In the final minute of the second quarter, Trevor Harris left the field with an apparent leg injury. However, Harris would be back under centre for the start of the second half.

The first half had both defences playing their tails off, as the Eskimos would only gain 122 yards of offence while the Lions were just over the century mark with 102. Neither team’s offence had an average pass completion average above 6.5 yards.

After a slow offensive start, the Eskimos got the ignited the burners off the hop in the second half. On a check-down read by Harris, the Esks’ pivot found Natey Adjei. From there, the sixth-year man did the rest by taking off along the sideline for a 77-yard touchdown.

Adjey finished the game with four receptions for 106 yards, 93 of which were his own doing after the catch.

Following a quick two-and-out by Reilly’s offence, the Eskimos kept their foot on the gas. A quick 4-play drive had the Green and Gold back in the end zone after Harris connected with DaVaris Daniels for a 28-yard score. The touchdown would be Daniels’ first touchdown of the year in his first game back after injury.

With the pass rush of the Esks continuing their dominance in the trenches, the secondary sat waiting for the opportunity to present itself, which it did in the second midway through the third quarter. Reilly targetted an open Lemar Durant on a route over the middle of the field, which slipped through his hands and dropped into the mitts of Forrest Hightower for the interception.

As the third quarter closed out, the Eskimos held a 30-3 lead.

Despite efforts to finally make it to the red zone by the Lions, and having a touchdown rush by Reilly called back on third down, BC would have to settle for a field goal in the fourth quarter.

Whyte would notch another field goal late in the fourth quarter to cap off the scoring for the night.

Both teams will be back in action on Saturday of Week 6. Edmonton will travel to Montreal to face the Alouettes. Meanwhile, the Lions will hit the road to the Saskatchewan prairies to face the Roughriders.