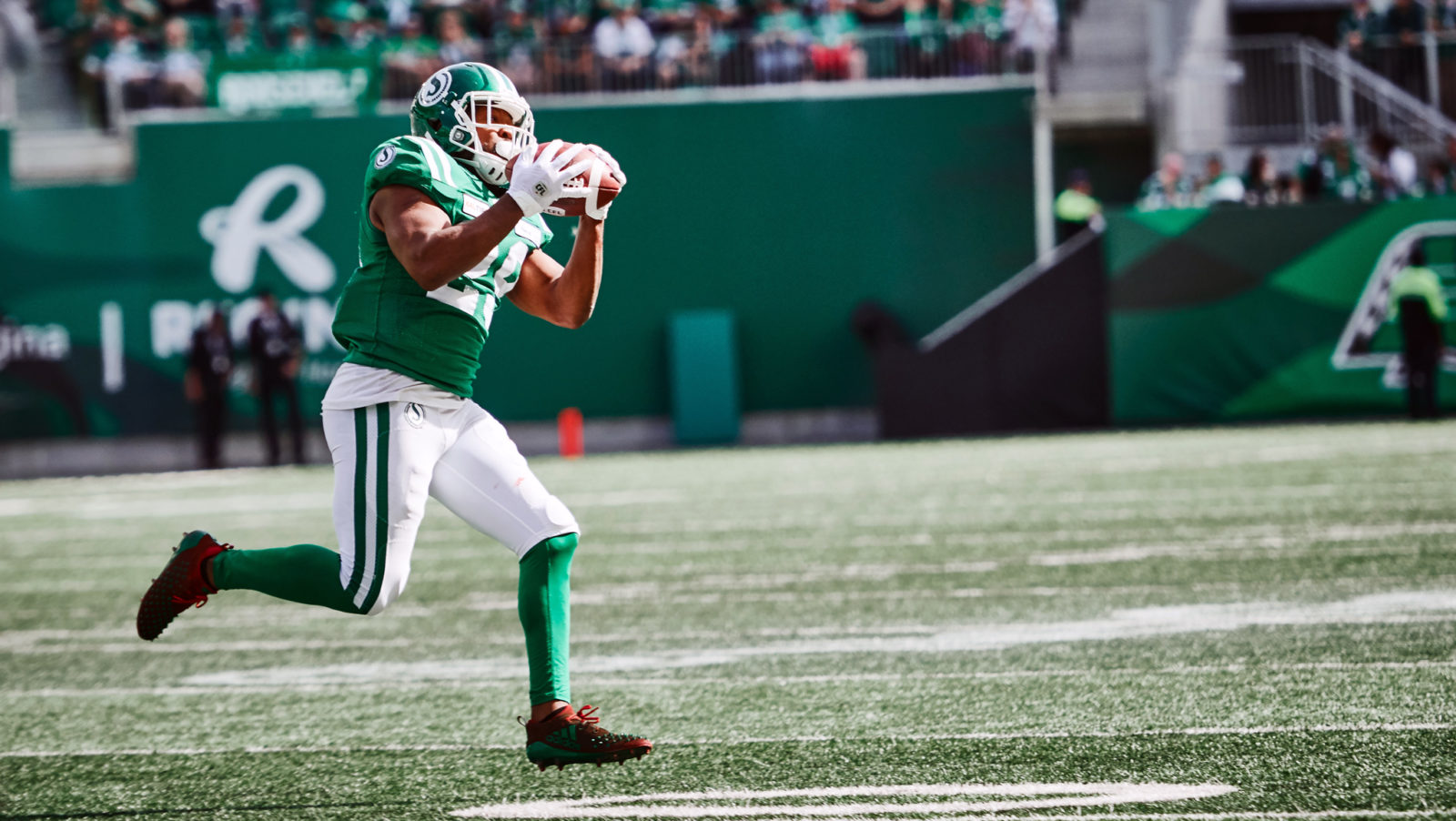 Hello, Lirim Hajrullahu. Forcing Chris Rainey out of bounds on a return and then chirping him afterward? Ha! Labour Day is for kickers too, folks.

The Hamilton Ticats were an undisciplined, sloppy mess for most of the first half against Toronto and full value to be trailing by two scores.

The second half was the polar opposite of that, through and through. No doubt, bopping to throwback hits (or should I say “turf traditions hits) like “Let’s Shake” and “Some Kinda Fun” turned things around.

Yes, they were playing a 1-8 team in this game but, still, you have to be impressed with the way the Ticats dug themselves out considering the situation.

They went into the game without defensive tackle Ted Laurent and receiver Luke Tasker (as well as, of course, a couple more longterm losses in defensive back Delvin Breaux and quarterback Jeremiah Masoli) and then lost two defensive starters to ejections early in the game.

Quarterback Dane Evans was a lot less than stellar and he was under constant pressure.

The halftime adjustments — attitude and otherwise — flipped the script completely and a re-born Evans was sublime, along with his favourite target on the day, Bralon Addison.

And a depleted defence — led by the unstoppable force that is Dylan Wynn — put the clamps on any hope the Argos had of reclaiming the hill they’d been knocked from.

As far as tests of a team’s mettle go, that was a pretty good one. It’s the kind of win that can really convince a team they are meant to be.

BONUS TAKEAWAY: A few short pitches and sweeps can loosen the lid a little. The Ticats employed a bunch of those kinds of plays early in the third quarter, and that created the offensive momentum that really got Evans going.

The Toronto Argonauts’ defence turned in a smothering, smacking, get-the-ball-back kind of performance during the first half against Hamilton, allowing a first-drive touchdown and then little else through the rest of the half.

Five sacks, they piled up. And four turnovers they forced. In one half.

That defence gave the offence multiple chances to dagger the Ticats with the momentum-building points that often follow a quick change in possession. The Argos, though, didn’t take advantage in any major way, scoring just a field goal as a result of those turnovers.

Toronto had a chance to make the second half nothing more than a formality if they’d converted the opportunities.

“Win the turnover battle, win the game” should always come with an asterisk.

I wish my investment portfolio was as perfectly-balanced as Saskatchewan’s winning drive was.

Starting at their own 5-yard line, and with the three-minute warning coming up, the Roughriders found the right time to unlock Winnipeg’s stingy defence on the way to a game-winning 26-yard field goal from placekicker Brett Lauther.

In an 11-play drive, they marched 87 yards, mixing the run and the pass in rat-a-tat-tat fashion, spinning the Bombers’ defensive minds around and around.

A William Powell run here, a Cody Fajardo pass to Naaman Roosevelt there, and a Fajardo sneak there.

If you weren’t, somehow, already on the Fajardo train, you most surely must be now as the young quarterback took cool control of the sitch, aided and abetted by Powell and his four carries for 39 yards.

Big game. Big moment. Big result. Fajardo gets his props, but so does Offensive Coordinator Stephen McAdoo — who many wanted to be fired on a number of occasions last season — with the Riders winning games almost on defence alone.

While the execution was great on that final drive on Sunday, the play-calling was too, illustrating that McAdoo may have just needed a good triggerman in place in order to get things moving in Sask.

BONUS TAKEAWAY: The quick slant to Shaq Evans is the stuff that a defensive back’s nightmares are made of.

An early strike to Eric Rogers looked good, and a deep ball to Richie Sindani – more than 40 yards in the air – was perfectly placed, spiralling tightly, and launched with ease, meaning that Mitchell’s injured pec muscle was A-OK.

In the fourth, he deftly descended a teardrop over tight coverage and right into Reggie Begelton’s hands for a touchdown. Later in the quarter, his corner route dart to Markeith Ambles (even if Ambles did drop it) was the stuff of a gunslinger in a groove.

BONUS TAKEAWAY: The Eskimos are headed to Crossover Town if they don’t quickly figure out how to get Sean Whyte kicking extras instead of threes.

5. YOUR TEAM SHOULD HAVE DRAFTED JOHNNY AUGUSTINE

Winnipeg running back Johnny Augustine had a fine, fine day on Sunday, helping to ignite a Winnipeg offence that had sputtered to a grand total of minus ten yards in the opening quarter.

Undrafted in 2017, and signed and discarded by both Edmonton and Saskatchewan before landing in Winnipeg, Augustine looked — in style – – a wee bit like the man he was replacing, Andrew Harris, when he spied a hole to the left, jetted through it, and then froze defender extraordinaire, Ed Gainey, to gain the rail. Then, he trucked it full speed to complete a 55-yarder.

On the next play, he perfectly picked up a blitzing Mike Edem as quarterback Chris Streveler set his feet to throw a touchdown strike to Kenny Lawler.

That was a pretty impressive debut as a starter for Augustine, and it must have the Bombers feeling better about life without Harris for one more game. And for spelling Harris during games down the stretch as the race in the West comes to a boil.

BONUS TAKEAWAY: Micah Johnson can get DOWNFIELD, my friends. Watch that big run by Augustine again. He scores if not for Johnson diving and clipping his heels at about the 12-yard line.