WINNIPEG — A Canadian tradition had an international presence over the weekend, when global players Thiadric Hansen and Max Zimmermann of Germany clashed in the annual Banjo Bowl.

Peter Springwald, vice president of the American Football Federation of Germany (AFVD) as well as coach and former player, took in practices and meetings throughout the week followed by the game itself. 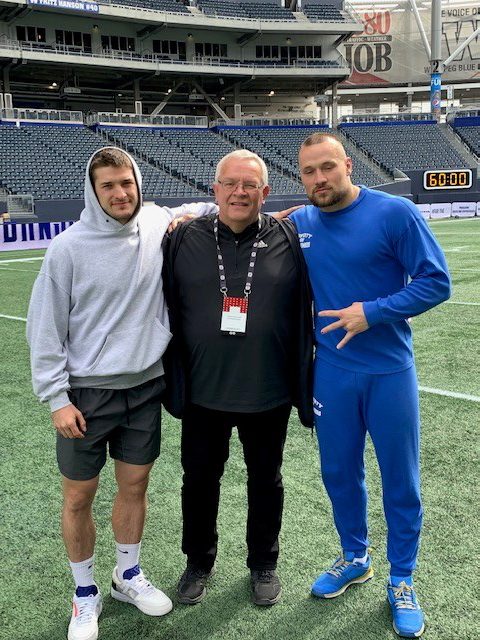 The Bombers, with Hansen seeing snaps on the defensive side of the ball, went on to win 35-10 over the Riders on Saturday, splitting a home-and-home with their biggest rival.

Following a decade-long playing career as a fullback, linebacker and kicker in various leagues from 1979 to 1988, Springwald went on to coach the German youth national team from 1997 to 2004, twice winning the European Championship in 1998 and 2000. He was also an official in the World League of American Football

Springwald was in attendance at the CFL Combine presented by New Era back in March, when six German players participated as part of a long-term agreement between the CFL and the AFVD.

Under the new CBA, players are required to dress 46 players on their active roster, including three quarterbacks, 21 nationals, 20 internationals, one reserve and one global.