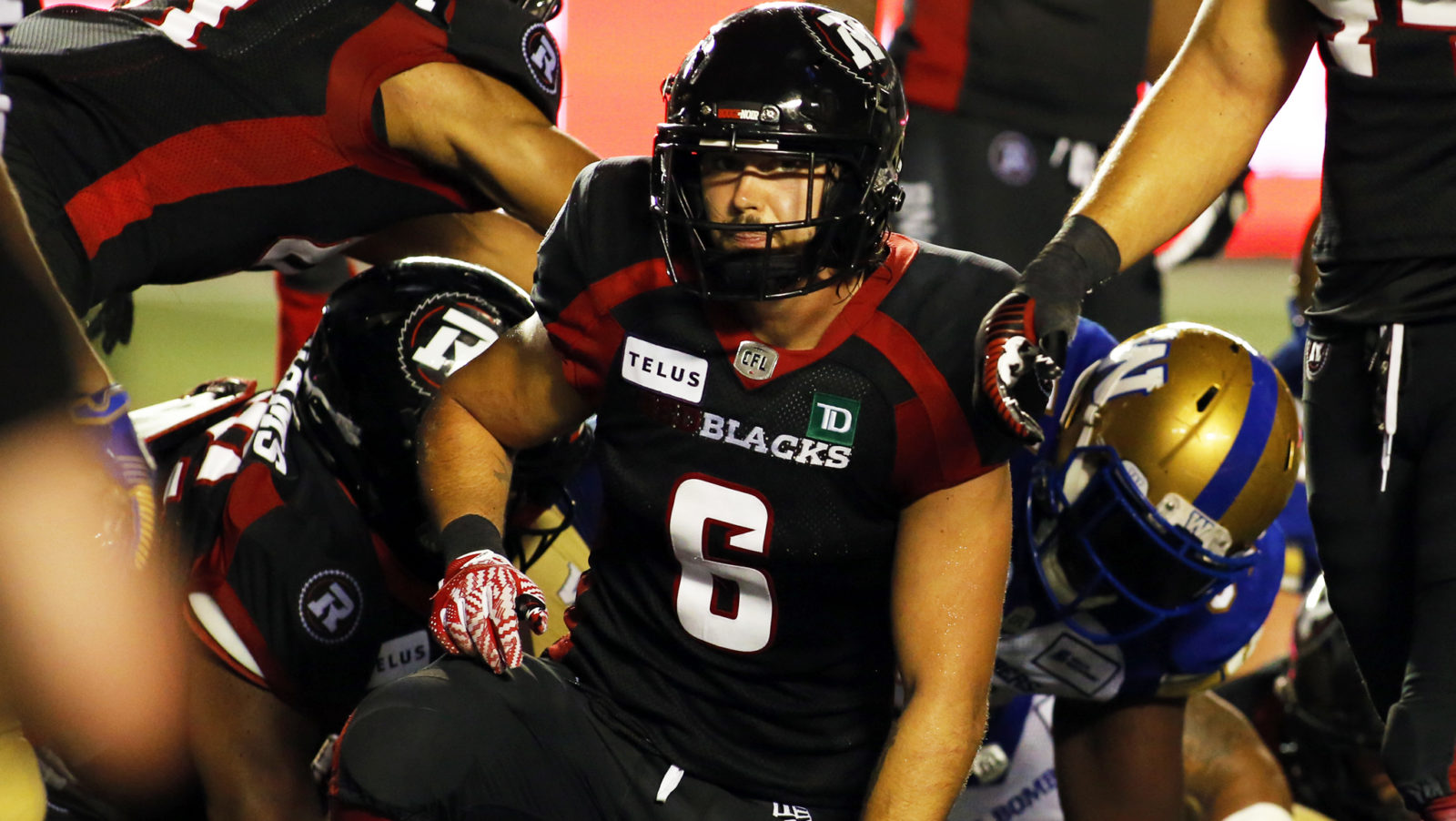 OTTAWA — The Ottawa REDBLACKS will be without a key defensive contributor going forward.

When asked if the 29-year-old would miss the rest of the campaign, Desjardins said “possibly.”

Pruneau has spent his entire six-year career as a member of the red and black. The team selected him with the fourth overall pick in the 2014 CFL Draft, and he’s repaid them by being a consistent starter and fan favourite during his tenure. In 92 career games, the Montreal, QC., native has collected 316 tackles, four sacks, nine interceptions and a forced fumble.

He was injured on the opening kick-off of the REDBLACKS’ Week 13 clash with the Toronto Argonauts, and while he tried to play through the pain, he collapsed in the end zone during a defensive stand and needed to be helped off the field. He was spotted on the sideline shortly after sporting a walking boot.

Justin Howell came into the game following the first injury. He’ll assume the starting role in Week 14, and possibly the foreseeable future, depending on how severe Pruneau’s injury turns out to be.

The team added to their defensive depth on Tuesday, signing defensive lineman Cameron Walker to the practice roster. He had previous stints with the Hamilton Tiger-Cats and Toronto Argonauts.

The REDBLACKS will open up Week 14 action on Sept 13 when they travel to Vancouver for an inter-divisional clash against the BC Lions. Kick-off is slated for 10:00 p.m. ET.