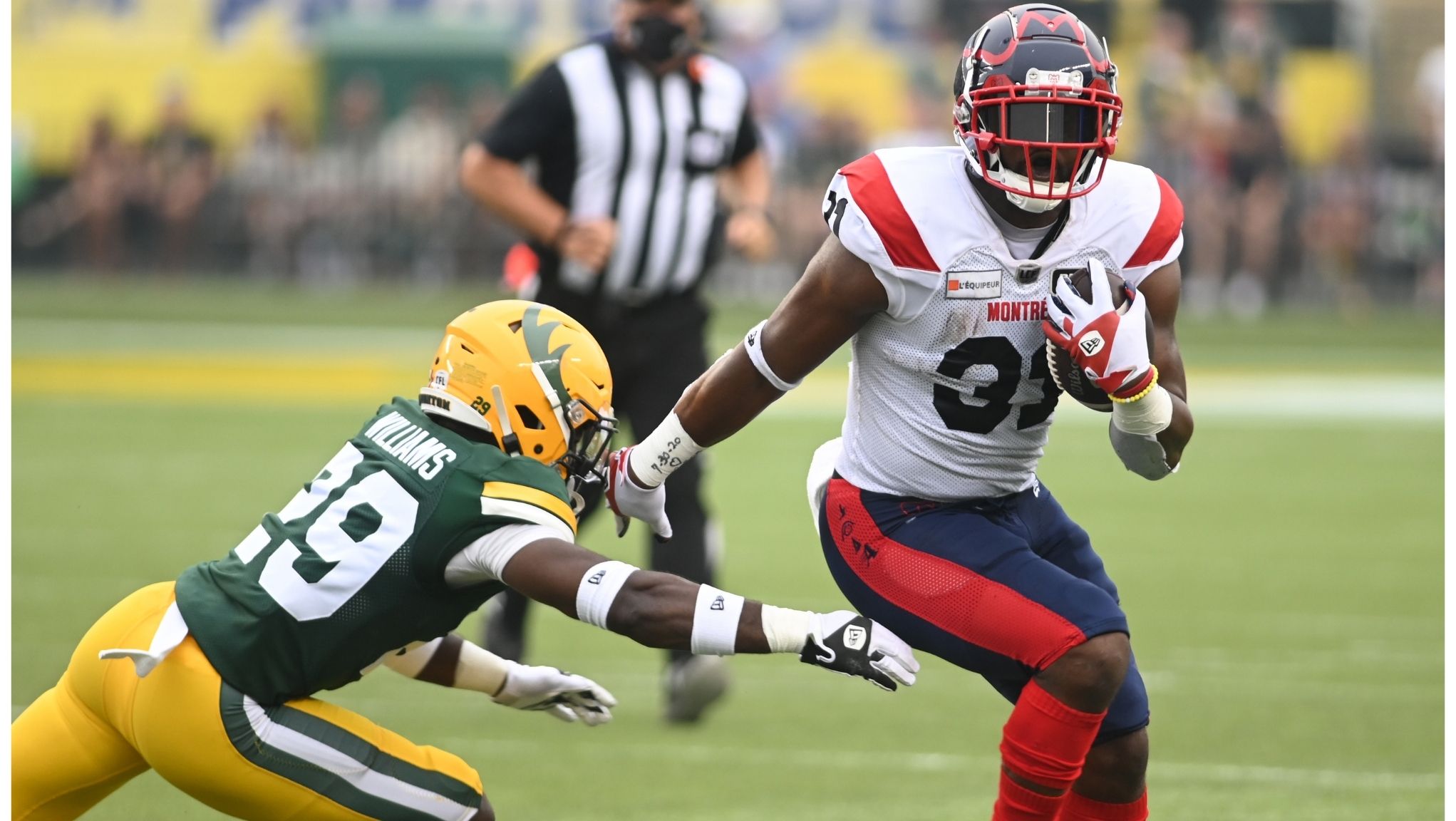 EDMONTON — The Montreal Alouettes had to wait through a cancelled season, a training camp with no pre-season games and finally at the end of all of that, a bye week before they took the field.

It would have been understandable if the most rested team in the CFL showed rust in its Week 2 debut. Instead, coach Khari Jones’ squad put together a statement game that ran through three phases in a dominant 30-13 win over the Edmonton Elks at Commonwealth Stadium. To many, it was a surprising performance. For the Alouettes, it was just a pretty good first day at the office.

“I don’t want to say it surprised me really how they came out and how they played just because that’s what I’ve been seeing in practice,” Jones told reporters.

“That the level of intensity that these guys show day-in and day-out is very impressive. They showed it throughout this game. When the offence kind of lulled in the third quarter, the defence held its ground, they had field position on us and they kept battling and got key sacks.

“I was very, very happy with the defence and how they played. I know they’re they’re still angry, they let (a touchdown) go at the end of the game. It’s a good sign that they played like they did in this first game.”

The defence threw Trevor Harris (19-29, 233 yards, 1 TD) and the Elks’ offence into a tire-spinning funk almost all night. Defensive lineman Almondo Sewell ruffled feathers with his comments on Harris early in the week, that his former Edmonton teammate folded after he took hits early in a game. Harris’ toughness wasn’t an issue on Saturday, but his ability to find targets and put the ball in the end zone was. He connected with Shai Ross for an 11-yard major with 1:38 left to play, but the game was far out of reach by then.

“I don’t make fake statements,” Sewell said, doubling down on his comments on Harris.

“When I say something, I do my homework. I do my research. And that’s what it is.”

Sewell talked the talk this week and he and his teammates went out and walked the walk. The defence was aggressive and gave very little all night. Vernon Adams (13-21, 211 yards, two touchdowns) worked magic out of the pocket, finding B.J. Cunningham for a highlight reel 54-yard toss and then hit Jake Weineke for what could stand as a play of the year candidate on a 42-yard first quarter touchdown pass.

Returner Mario Alford got in on it in the second quarter with an 86-yard punt return touchdown that put the Als in charge, getting them up 17-3. If the Als are just scratching the surface, what’s beneath could be tantalizing.

“I could have went to a different team and chased the money, but what I saw in this team was that Danny Maciocia put something great together,” Sewell said. “Coach B. Miles (Barron Miles, the Als’ defensive coordinator) said that these guys are young, but they’re hungry. They want to win.

“It kind of reminds me of that 2015 (Edmonton) team, that defence that I played on. When we were in camp I figured it out, like man, these guys are young ball hawks, they’re here to play. We’ll see how far it goes.”

It’s just one step into their journey this season but the Als look like they’re ready to build on what they’d started before the pandemic hit and turned life upside down. There was happiness from the Als for the win, but also a lot of focus on what was left on the field.

“That’s what we expect from each other. I don’t even think we looked as sharp as you guys are saying,” Adams said.

“I’m just excited to where we can build. We’re going to keep working each week and I’m gonna keep getting better and better for my guys.”