Lions knock off Als for a third consecutive win 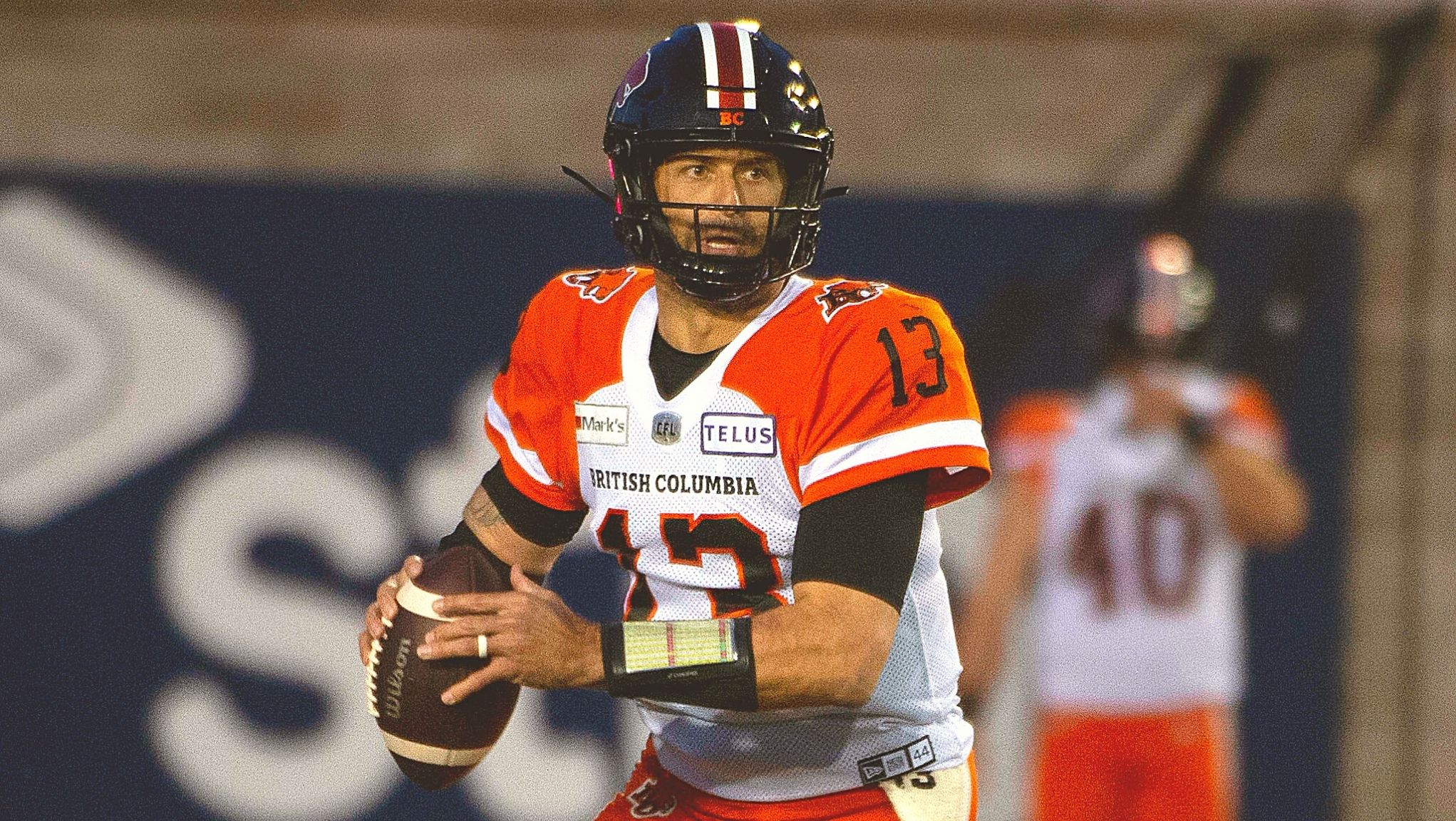 Lions knock off Als for a third consecutive win

MONTREAL —  Michael Reilly‘s two passing touchdowns and 308 passing yards were the deciding factors in the BC Lions’ 27-18 win over the Montreal Alouettes.

In the absence of Khari Jones, Andre Bolduc leaned on his running-back roots as William Stanback and Vernon Adams were the featured players of the Alouette’ offence as they combined for 183 rushing yards. Through the air, Adams completed 16 of his 23 passes for 270 yards.

The BC defence added to its ball-hawking reputation as they picked off Adams twice on the day; once by T.J. Lee and once by Bo Lokombo. Along with the interceptions, BC was able to make it difficult for Adams to connect with his receivers as their 13 knockdowns tied the all-time, single-game record.

On special teams, an area that Montreal placed heavy emphasis on throughout the week of practice, David Cote was as reliable as possible when called upon as went 6/6 on the night with his longest coming from 48-yards out. Additionally, the Al’s coverage team was excellent as they held the Lions to just 22 return yards on the night.

RELATED
» Through the Lens: BC at Montreal
» Boxscore: Lions, Als by the numbers
» Watch: Lewis goes up in double coverage for amazing grab
» Reilly on Whitehead: ‘His energy is infectious’

Riding high off their dominant win against the Ottawa REDBLACKS last week, the Lions’ offence picked up where they left off. During their opening drive, Reilly and Lucky Whitehead got the Lions’ offence rolling as the two connected multiple times while marching their way down the field.

When stopped and facing a third-down situation, Nathan Rourke stepped in for the Lions’ short-yardage package. After the snap, Rourke kept it himself and bounced outside the left tackle to break off a 17-yard run, bringing the Lions to the Montreal two-yard line. James Butler would cap off the Lions’ drive with a touchdown after he collected the pitch on a seed-option read for a two-yard dive put the Lions up early.

Looking to respond, the Alouettes drove down the field in a similar fashion, but it was the talents of Adams and  Stanback that got the Als into the red zone. Following an incomplete pass to Eugene Lewis, Adams was picked off in the endzone by Lee who brought an abrupt end to a threatening Als’ drive.

The Alouettes would find themselves on the right side of luck not once, but twice early in the second quarter.

Following a mismanaged punt by Mario Alford, who was stripped of the ball during a punt return and a near interception by the Lion’s secondary, the Als settled in and reverted back to their run game. In doing so, the Als were able to move the ball with ease as they worked their way down to the BC 28-yard line which allowed David Cote to known down a 38-yard field goal attempt to get the Als on the board.

It would take BC a matter of seconds to respond as following the kickoff and starting on their own-35-yard line, Reilly faked the handoff, luring in the Alouette defence and found Whitehead in stride deep in the secondary for a 75-yard touchdown.

Cote would sail his second field goal through the uprights from 43-yard out only to be matched by Jimmy Camacho to preserve the Lions’ 17-6 lead.

Looking to cut into the Lions’ lead before halftime, a combination of Adams completions, scrambles and Stanback rushes allowed Montreal to work their way down to the BC four-yard line. After the ball slipped through the hands of Lewis, Cote would be called on again who was good on his third attempt on the day which wiped away the Als’ double-digit deficit.

Cote would sail his fourth attempt from 49-yards out and his fifth from 26 on back-to-back Als’ possessions to claw back from the Lions’ lead, making it a two-point game.

The majority of the third and fourth quarters would see the action take a break from the offensive fireworks that fans were treated to earlier. In its place, the defences would take over as multiple two-and-outs generated by both teams would mean fans would have to wait till over mid-way through the fourth quarter.  With just over eight minutes left with Reilly connected with Keon Hatcher to re-claim the sizable lead the Lions held earlier.

Following a stalled-out drive, Camacho would tack on a final field goal to give the Lions the 27-18 win.

Next up for the Alouettes will be a trip to Toronto where they take on the Argonauts for the first game of a Friday Night Football doubleheader. BC will follow at 10:30 p.m. ET as they head back to BC Place and welcome in the Saskatchewan Roughriders.