Elks down Argos for third win of season 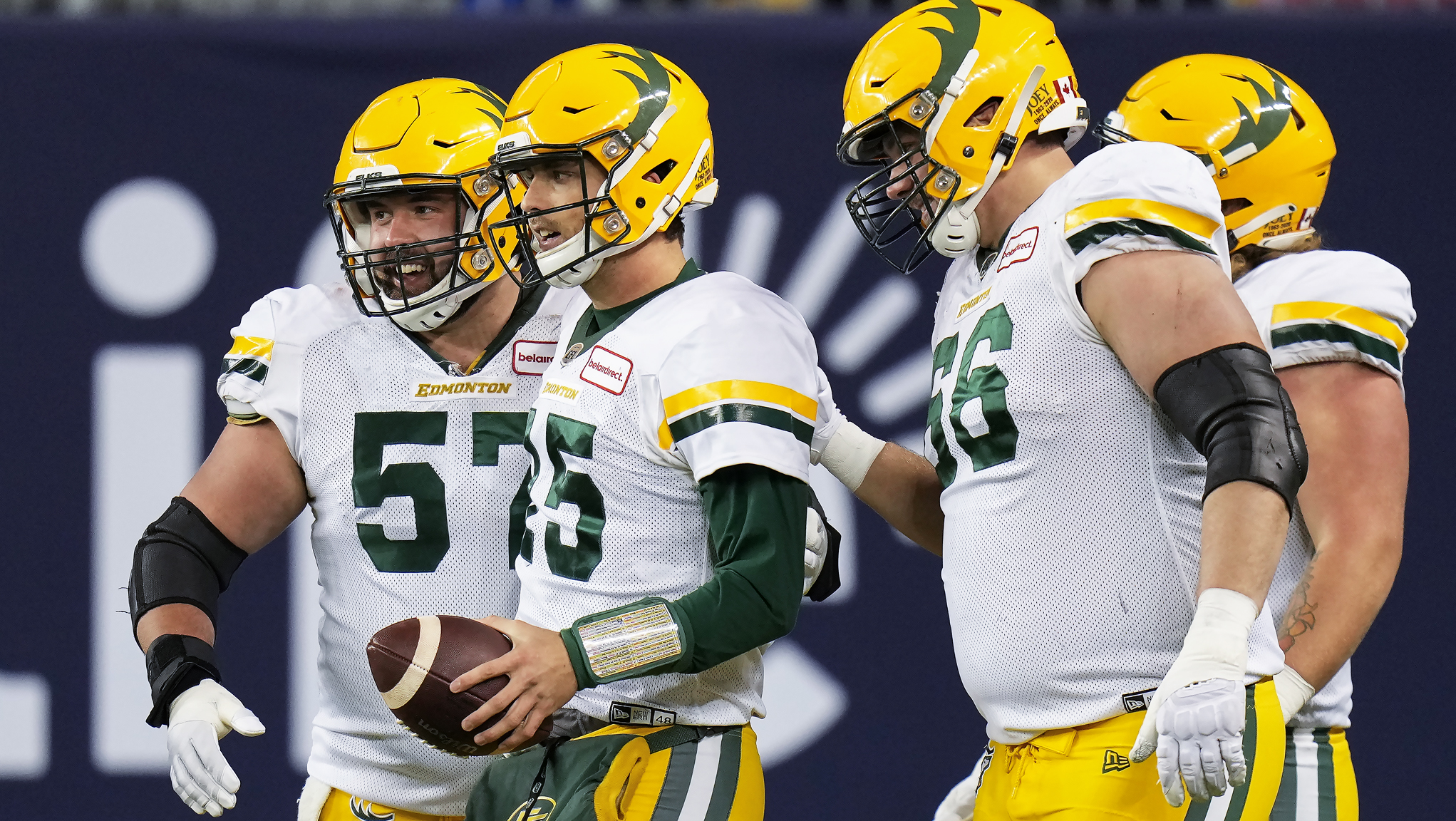 Elks down Argos for third win of season

TORONTO — The Edmonton Elks defeated the Toronto Argonauts on Tuesday night, handing the Argos their first loss at BMO Field in 2021 and notching their third win of the campaign.

Taylor Cornelius led his team to a 13-7 victory, as he scored the lone touchdown on the ground in his team’s first of two games in Week 16. The Elks pivot also threw three interceptions on the night while connecting on 15 of his 32 passes for 160 yards.

Kicker Sean Whyte was two for two on his field goal attempts while receiver Derel Walker led all Elks pass-catchers with 63 yards on four catches. Running back James Wilder Jr. had 56 yards rushing and Walter Fletcher rushed for 55 yards.

Josh Huff had 67 yards on six catches in his Double Blue debut and Cameron Scarlett had 57 yards on the ground.

RELATED
» Images: Elks at Argonauts
» Boxscore: Edmonton at Toronto by the Numbers

The contest started with both teams trading interceptions. On the first first play of the game, Pipkin tossed an interception to Trumaine Washington, bringing the Elks offence onto the field. Then on Cornelius’ first pass of the night, one play after a James Wilder Jr. run, he threw an interception to Robertson Daniel.

Pipkin then called his own number three times; starting with a four-yard gain followed by one for 11 yards and finished the drive off with a two-yard scamper around the edge into the end zone. Toshiki Sato missed his point after and the Argos were up 6-0 early in the first quarter.

The Elks answered with a touchdown of their own, as Cornelius capped off the possession with an 18-yard diving touchdown into the end zone. Edmonton’s pivot used Wilder Jr., Jalen Tolliver, and Tevaun Smith on the five-play drive to move 75 yards down the field for the score. Sean Whyte‘s convert was good and the Elks took a one-point lead (7-6).

Edmonton added three more points to their lead on their first possession of the second quarter as Whyte connected on a 22-yard field goal to cap off a drive that was highlighted by a 32-yard catch and run by Derel Walker. The trio of points increased the Elks lead to 10-6.

That would be the final scoring play of the first half as the teams headed to the locker room.

Both defences held strong in the third quarter as Toronto added another interception.

The Elks moved down the field into scoring position as the clock was winding down in the third, hoping to add more points to their lead. Cornelius looked for a receiver in the end zone on second down from the seven-yard line but Shaq Richardson intercepted the pivot.

The first point of the second half came early in the fourth quarter as Sato’s punt went through the end zone for the single. That score cut Edmonton’s lead to 10-7.

Following the single, Edmonton started to drive down the field, looking for their first score since the beginning of the second quarter. But once again, Cornelius, who was set up on the Argos 23-yard line, was picked off in the end zone as Jalen Collins hauled in Toronto’s third interception of the night.

On Toronto’s next possession, the Argos put in Cole McDonald under centre, replacing Pipkin, as the Argos got a look at their third quarterback.

Whyte increased Edmonton’s lead with three minutes left in the game after connecting on a 35-yard field goal. With the three points, the Elks held a 13-7 lead.

As McDonald tried to stretch the field on the first play of Toronto’s ensuing possession, Aaron Grymes picked off the pivot. Argos head coach Ryan Dinwiddie challenged that there was defensive pass interference on Jonathan Rose and it was successful, negating the interception.

On the very next play, McDonald threw another interception, this one to Washington for the defensive back’s second pick of the night.

Despite McDonald and the Argos attempting to move down the field in the final few minutes of the game, Edmonton held on for the 13-7 victory.

Next up for the Argos is some time off before hosting the Eastern Final on December 5 while the Elks head to Vancouver to take on the BC Lions on Friday night for their final game of 2021.