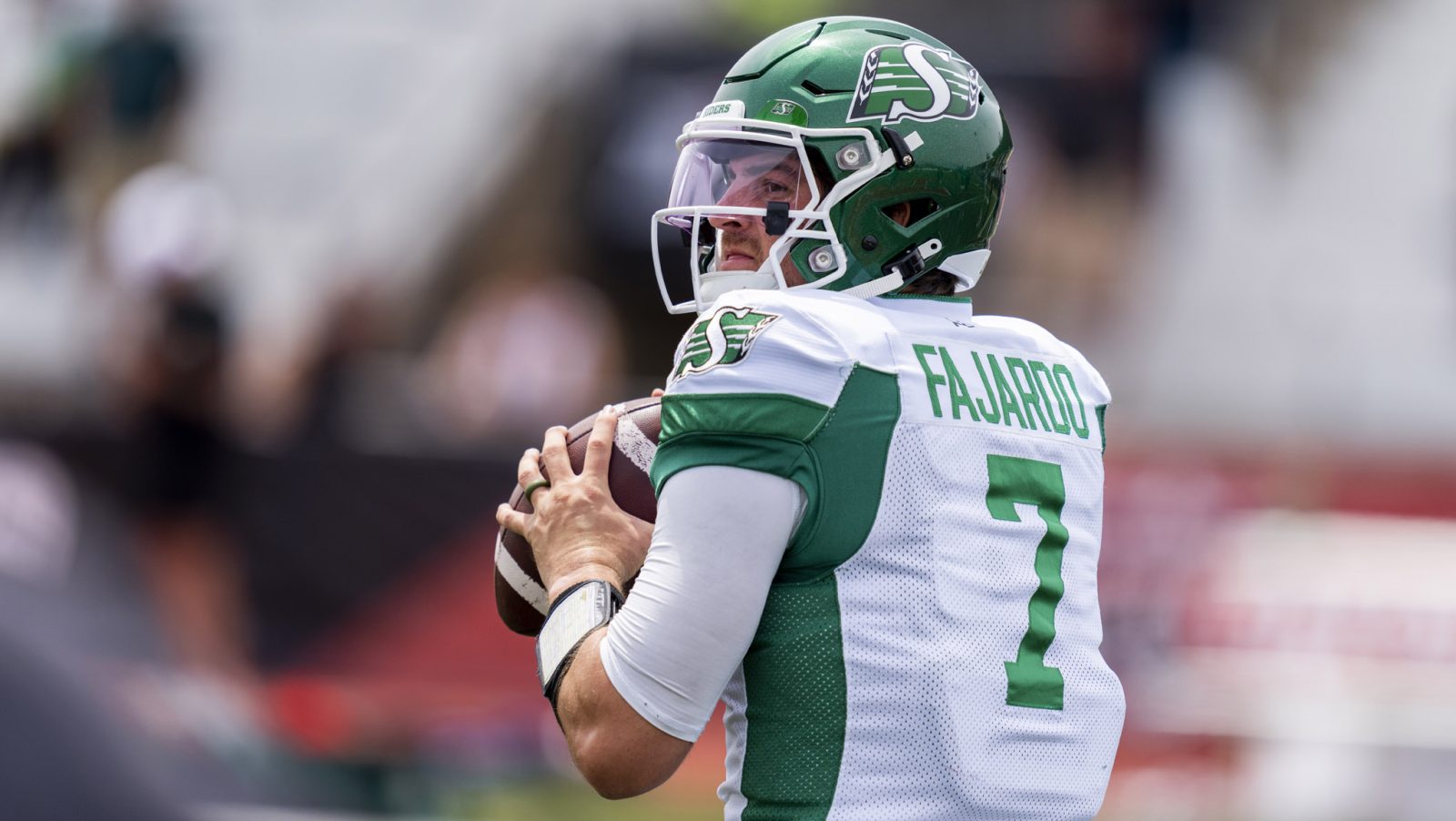 TORONTO — The Toronto Argonauts and Saskatchewan Roughriders have filed their final injury reports ahead of their game on Sunday in Regina.

Riders starting quarterback Cody Fajardo (illness, knee) and his backup, Mason Fine (illness) were both listed as questionable for the game this weekend. Head coach Craig Dickenson told reporters after the team’s practice that third-stringer Jake Dolegala will get the start on Sunday.

Defensive back Nick Marshall (illness), defensive lineman A.C. Leonard (shoulder) and receivers Jake Harty (shoulder) and Justin McInnis (illness) were among those who were listed as out.

The Argos listed many players as questionable for Sunday’s contest against the Roughriders. Defensive lineman Fabion Foote (tricep) and linebacker Eli Mencer (head) were both listed as out for the game.