WHERE TO WATCH IN THE USA

Based on a multi-year agreement with the CFL, ESPN and ESPN+ have exclusive rights to present all postseason CFL games in the United States, including both the Eastern and Western Semi-Finals, as well as the 106th Grey Cup presented by Shaw. Production and commentator teams for ESPN telecasts are from TSN, Canada’s Sports Leader.

WHERE TO WATCH OUTSIDE NORTH AMERICA

Every post-season game, including the 106th Grey Cup presented by Shaw in Edmonton, will be available live to SiriusXM satellite and online subscribers on Canada Talks (channel 167). French-language broadcasts of Ottawa REDBLACKS games can be heard on Influence Franco (XM 174).

The Grey Cup Playoffs and the 106th Grey Cup presented by Shaw are available for viewing world-wide in over 100 countries! 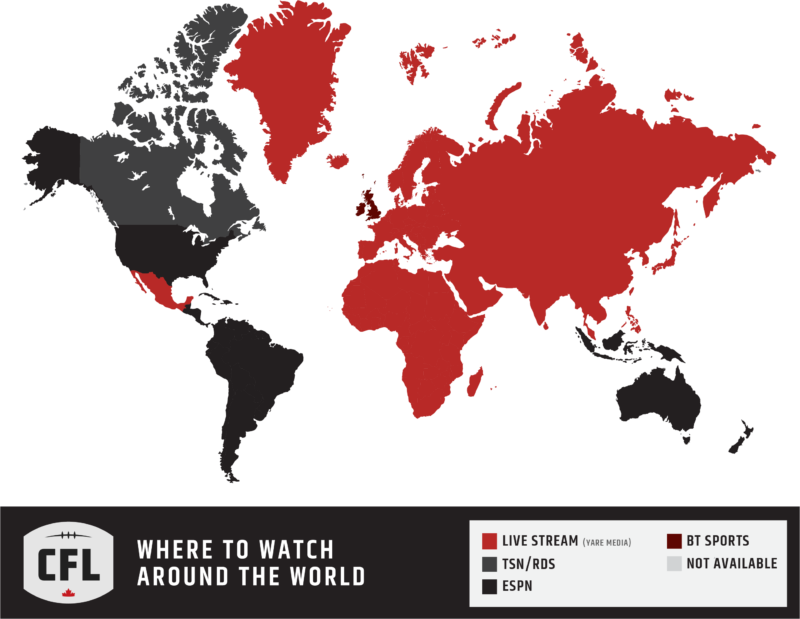