Fan Blog: An American’s view of the CFL 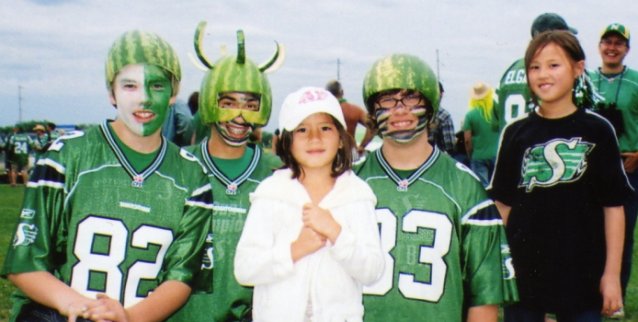 Fan Blog: An American’s view of the CFL

Greetings, my fellow football fans.  My name is Dave London, and I’m an American who lives in Boulder, Colorado.  After 35 years of confining my interests to my native NFL and NCAA (I’ve been and still am a diehard Washington Redskin fan since 1974, when I was five. I also came to love the NCAA somewhat later, and now cheer most heartily for the Colorado Buffaloes), I’ve recently discovered the joys of your game. If you’ll indulge me, I’d love to tell you how that happened and how much fun it’s been.

I’ve always known that the CFL was there, and that it was different from American football.  It was the territory of Warren Moon and Doug Flutie. Originally from Maryland, I was vaguely aware of the league’s mid-‘90s American experiment and the success of the Baltimore Football Club (and the controversy surrounding its name). Until 2008, however, I’d never really had the opportunity to learn more.

“I think your game is a great metaphor for how I see Canada as a whole; similar enough to feel familiar and comfortable, different enough to be interesting and exciting.”

Prior to last season I got a subscription to Sirius Satellite Radio.  I’d moved to Colorado from the Washington, DC area a few years earlier and had finally gotten tired enough of missing Redskins games that I bought it so I could hear the games that weren’t on TV (I’m too cheap for NFL Sunday Ticket).

Browsing the Sirius website several months later, I saw that there would be one CFL game a week broadcast.  Why not give it a listen, I thought, and satisfy a lifetime of mild curiosity.  So I did.  And the games were fun to listen to.  And I found myself trying to tune in every week (sometimes falling asleep to the west coast games) and watching the highlights of the games I had listened to on CFL.ca.

By the time the end of last year rolled around, I had heard enough games to more or less appreciate what was going on. When Versus (a sports cable network that shows the NHL and the Tour de France in the States) picked up the Grey Cup game between the Alouettes and the Stampeders, I got to watch my first CFL game on TV (after watching thousands of American ones over my lifetime).  I’ve forgotten the play by play, but it was really cool to see great football played with what to me were a lot of new twists that were challenging and enjoyable to try to figure out.

This year I decided to make the CFL a real interest of mine, and I kicked it up several notches.  I’ll tell the rest of the story in the form of my Top-7 Reasons One American Loves the CFL.

The dog days of summer are my least favorite time of year.  It’s hot, parents like me spend all their time (and money) desperately trying to keep their kids occupied without a school routine, and there’s been no football for five months with two more empty ones still to go. Following the CFL makes the offseason two months shorter and gives one reason for hope!

The football gods have made the CFL a lot more available and accessible to me and any other American fan willing to look around.  Sirius now carries ALL the games live, and my local sports TV network (Altitude) now carries two live games a week in July and August (alas, it appears to go to tape delay once the NFL begins) as well as all the playoff games. With that coverage and the internet at one’s fingertips, it’s no more difficult to follow the CFL than it is any out of town NFL team.  I applaud the league in spreading the word south of the border and urge the powers that be to keep it up.  It’s your league, but more interest and exposure stateside can’t hurt!

5.  Where are they now and How come I never heard of him before?

Any American college football fan worth his or her salt will recognize lots of players on any team: Jarious Jackson (Notre Dame), Ryan Grice-Mullen (Hawaii), and, for me, Hugh Charles (Colorado) just to name a few.  It’s awesome to see them continue their careers and hope for big things for those guys.  But I’m also extremely intrigued by the fact that the CFL imports are NOT just a who’s who of former Division I players.  Just check out Weston Dressler (North Dakota) or Stevie Baggs (Bethune-Cookman) or any of dozens of other small school imports. If you’ve detected the Rider bias, you’ll soon see why! These guys can flat out play with ANYONE!  Where did they come from?  What’s their story?  The fun is in finding out.

4. Variety is the Spice of Life

12 players. 110 yards long and much wider field with 20 yard endzones.  3 downs.  The THREE minute warning.  No fair catches.  Four men in motion getting a running start on most plays.  Multiple safeties and singles in a game.  I know for you all it’s second nature, and you think American football is what’s different, but after watching the game played one way for your whole life, these differences, and the strategies behind them, are a blast to see and try to figure out.  I think your game is a great metaphor for how I see Canada as a whole (I love to come and visit as often as I can – seven times so far) —similar enough to feel familiar and comfortable, different enough to be interesting and exciting. My favorite differences from our most recent trip: “Bulk Cheese Warehouse” is Canadian for “Gourmet Cheese Shoppe” and while I could get some chili, a jelly doughnut and coffee separately if I really wanted to here at home, only at Tim Hortons is that already a combo meal.

3. Play the Game Until the End

You guys have this down much better than we do.  In any close game, both teams have to play to the final whistle.  The winning team can’t milk the final minutes by sitting on the ball as can be done down here. This makes close games much more exciting and nailbiting.  Case in point was the Stamps/Riders game in Calgary in Week #6. With less than two minutes to go, the defending champs were winning by six and line up for a field goal.  If they have made it, it’s probably game over.  But the usually reliable Sandro DeAngelis missed, Dressler returned it to midfield, Durant threw a TD bomb to Getzlaf and all of a sudden the Riders are winning. Game over? Not quite. Calgary gets the ball back TWO MORE TIMES before the final whistle blows. That’s real excitement.

Besides football, my favorite thing to do is load my family (my amazing wife Cynthia and our beautiful little girls, Amanda and Lily, none of whom will watch on TV with me) in our conversion van and hit the road for two weeks every summer. This year I decided I was going to see a CFL game in person. Where to go?  The closest team to Colorado are the men in green; the Saskatchewan Roughriders. So we headed to Regina (roughriderly 800 miles from home).  Opening night was July 3rd, so I got my tickets (again, easy as can be, just called the toll free number) and proceeded to plan a two week, 2,800 mile road trip backwards from there. We had an absolute blast touring a lot of the province: Moose Jaw, Saskatoon, Batoche, Anglin Lake and Prince Albert National Park before spending the last three days in the capital city, Regina.  Everywhere we went, everyone was friendly and several people went well out of their way to help us have a good time. I recommend a trip there to anyone – Canadian or American.

I had very little idea of what to expect, other than the fact that I had heard that Rider fans are among the most passionate in Canada.  It’s an understatement to say I was blown away.  There was a palpable buzz at our hotel the entire day. The staff was all decked out in green, as were most of the guests. Despite the fact that it’s only a 20 minute drive, we left the Days Inn (Regina’s only hotel with both a free breakfast and a waterslide … you can look it up) at 4:30 for the 7 pm game. Being unfamiliar with the city, and having looked forward to the game for months, I was taking no chances with finding a parking spot and getting there on time. (On our last
football road trip, after searching in vain for an hour, we got the last spot at a multistory parking garage at the University of Missouri.  We left at halftime with Colorado losing 31-0, as I knew it would take two hours to leave the garage if we stayed until the end. The final score was 58-0, so we didn’t miss much).

We arrived without incident two hours ahead of time. I picked up our tickets ($90 for all four of us, including all of the ticket fees; for the aforementioned Missouri-Colorado game I paid $240), and got Rider gear for everyone.  How were we going to kill the 90 minutes before kickoff?  At the free tailgate party on the practice field, that’s how! Free facepainting and games for the kids.  Everyone in green and twenty percent of the fans in serious costumes. Discovering what Melonheads are and that real men eat wheat. Unbelievable!  The time flew by.

The game itself was exciting and one of the most fun I’ve ever been to (in my life, I’ve probably attended 80 or so NFL and NCAA games). The whole crowd – fifteen percent of the city and three percent of the entire province – was cheering nonstop. My kids, who won’t give me the time of day watching at home, loved Gainer and desperately tried to get on the Jumbotron. A stranger gave one of my daughters a yellow SaskTel mini football they were throwing into the stands. The Riders had the upper hand most of the game, but it wasn’t over until BC narrowly missed connecting on a long bomb in the final seconds, and SSK prevailed 28-24. It was quite the Ride!

Since coming home, I’ve watched or listened to every Riders game, and started following and occasionally posting on the CFL message boards as CORiderfan. It’s been a tremendous amount of fun.  I can best liken my discovery of the CFL – which for me is a different, amazingly exciting brand of football – to finding out that your favorite author wrote a book you’ve never read, or that your favorite artist did a masterpiece you’ve never seen. It just adds tremendously to your enjoyment of something you already love. You guys have something really special, and I thank you for sharing it with me.

Dave London is a CFL fan living in Boulder, Colorado. He cheers for the Saskatchewan Roughriders and posts on the CFL fan forums as CORiderfan.