Fan Blog: A Lion fan inside the Cats’ lair 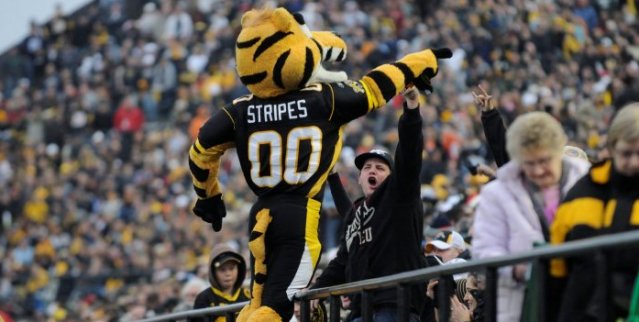 Fan Blog: A Lion fan inside the Cats’ lair

The other comment I kept hearing were that “Casey Printers’ thumb would not hold up.”, “The quarterbacks are wounded” and “BC is limping into the playoffs”.

I will return to those comments in a moment.

I have seen many games in Hamilton and I have to confess I like going there. My girlfriend and I make an annual trip to Hamilton to see the BC game and love the experience. You have to keep in mind that Hamilton has not had a winning season for many years. They have been on the end of some pretty bad luck, but I’ll tell you, the fans still come out for the games. I am very impressed by the loyalty of their fans; they are extremely dedicated.

Take my friend Joanne for example. Joanne lives in Ottawa, like me, but up until last year was a season ticket holder to Hamilton games. Think about that. She would drive to Hamilton from Ottawa 10 times a year to see her beloved team. I respect that. It says a lot about our league and our fans.

Going to Hamilton to see a game is an experience. You enter the stadium and realize the tradition that lives there. Great legends like Mosca and DePietro made the Tiger Cats their home. Make no mistake the BC Lions are my team, but I admire Hamilton and their fans. I was happy they had the opportunity to host a playoff game. The city deserved it and the Tiger-Cats organization put on a great show.

When BC qualified for the playoffs, albeit through the backdoor via a Hamilton win over Winnipeg, I was ecstatic. Regardless of how the season ended, the playoffs are a different entity.  The morning of the 15th, game day, I headed out to Hamilton to see the game with my friend John as my girlfriend Cheryl was unable to attend.  We left Ottawa at 6:00am and arrived just before Noon. 6:00am to drive to Hamilton only to turn around after the game and drive back. Does that make us crazy? I don’t think so. But if loving the BC Lions is wrong, I don’t want to be right.

My friend John also lives in Ottawa and was a huge supporter of the Ottawa Renegades.  Don’t get me wrong I would love football back in Ottawa, and I would be a season ticket holder, but the Lions are my team. John loved the Renegades and for him that’s it. He even went to this game in Renegades gear.

When we arrived we immediately went to Ivor Wynne Stadium to take in the pre-game festivities. The tailgate party was in full swing when we got there. If you were a Hamilton fan I am sure it was a lot of fun – they were definitely ready for a win! As someone who was dressed in BC gear, it was a little different. I was booed and jeered. That makes sense and I didn’t take offence to it. CFL fans are passionate people.

John and I met up with Joanne and her boyfriend Chris.  It was a site, I am sure, that confused a lot of people in attendance. Joanne, a die-hard Hamilton fan, dressed in Hamilton gear hugging me, a die-hard BC Lions fan, dressed in BC gear. We have a lot in common and our love of this league is definitely on the list. We were both very happy that our teams were in the playoffs. Together, we had watched many games at Ivor Wynne Stadium but this time it was different. It was win or go home time.

As we walked into the stadium we were made aware of a promo that the Tiger-Cats were running. The first 20,000 fans got a Ticats towel. ‘Would you like one?’ The young lady asked. ‘No thanks’ I replied.

We took our seats and watched the warm-up. I know it will sound cliché; but you could feel the intensity. It was playoff time and the crowd was pumped up waiting for their home team to deliver a win. I was pumped up that my team was in the playoffs and I had the opportunity to see them play.

Our seats were right behind the BC bench. I mean the only thing in front of us was a railing and then the team. It was amazing as we could hear them and see them. They were focussed and they were ready.

My girlfriend and I have an ongoing debate. She loves games that are neck and neck throughout the entire time but I don’t like to see BC in close games. I want to see them win with no doubt. This was a game she would have loved!

Both teams approached this game like, well, Wild Cats. Like Lions they stalked their prey making sure not to make any costly mistakes. They traded field goals and fought for field position. While BC never trailed Hamilton they did allow them to come back twice late in the game.

There were other BC Fans in my section which was great (you never know when you might need some backup). My new friend Natalie even flew in for the game. I mentioned Natalie in my last blog. She is the Community Relations Coordinator for the Lions in Vancouver. When Cheryl and I were in Vancouver a few weeks ago she helped us out a lot. When BC made the playoffs I think her flight was booked in lightening speed.

In the stands you could hear the screaming back and forth.

The question on whether or not the thumb would hold up was answered as Printers threw for 360 yards. The critics were silenced on that one. “They can’t stop the run”. Hamilton ran for 36 yards. 36 yards.  BC stopped the run!

The BC Lions came to town focussed with an excellent game plan. They needed to stop the run and play the way they are capable of playing: mission accomplished.

The CFL is a funny place. One week I am cheering for Hamilton to beat Winnipeg, the next I am throwing an enthusiastic fist pump as Kevin Glenn’s third down pass attempt in overtime goes incomplete.

It was arguably one of the best games I have ever seen. To the hooligans that ran on the field and felt the need to throw beer at the BC bench I have two words: Grow up. You taint the image of true Hamilton fans. Fans like Joanne or fans like the father who brings his kids to a game so they can experience it at a young age, like my father did for me.

When we left the stadium we encountered two very different Hamilton fans. The first was an older gentleman who came over to me and shook my hand. ‘Good luck next week’, he told me. ‘I’m supporting the Lions now!’ I shook his hand and thanked him.

The second fan was a younger gentleman who came over and said ‘BC sucks!’ I smiled at him and asked ‘What was the score?’ The conversation ended there.

In regards to Casey Printers; I have heard the criticism of Printers and how he ‘was’. I am not concerned with that. I can tell you how he is now. He has class. After winning the game he was interviewed. He had the opportunity to bash Hamilton or throw in a good ole
‘I showed you’.  He didn’t. He thanked the organization and noted that through his experience with the Tiger Cats he was able to get to this moment. I call that class. I respect that. We are dealing with a more mature person and I believe in second chances.

The Lions won and are on their way to Montreal to face a team they have played well this season.

I congratulate the Hamilton Tiger-Cats on a great season. For the Lions, we still have work to do.

The great thing about the drive this weekend is Montreal is closer. I can leave at 8am.

Keith Whittier grew up in Ottawa, but considers himself a B.C. Lions fan. He posts on Twitter as @cfl_fan.