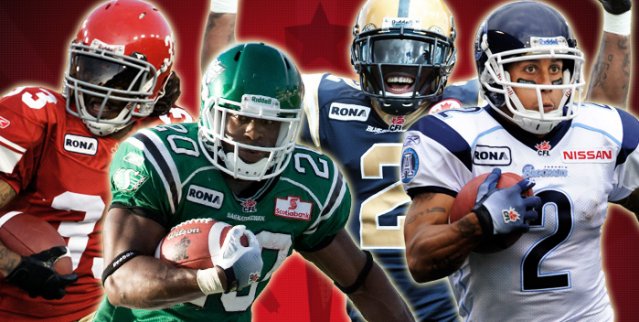 Leading the East All-Stars is Montreal Alouettes veteran quarterback and four time CFL All-Star Anthony Calvillo. The Alouettes had nine players chosen to the East All-Star squad this season. The Toronto Argonauts had seven selections to the East team including dynamic playmakers Cory Boyd and Chad Owens. Winnipeg also had seven players chosen to the team including the CFL’s rushing leader Fred Reid and defensive end Phillip Hunt who led the league in sacks. The Hamilton Tiger-Cats had four selections to the team led by versatile linebacker and defensive standout Markeith Knowlton.

The Division All-Stars were selected by 69 voters, including members of the Football Reporters of Canada (FRC), CFL head coaches and CFL fans from across the country.

The CFL.ca All-Star Balloting program reopens today for fans to make their selections for the 2010 CFL All-Stars. The final round of voting for fans closes on Sunday, November 14, prior to first game of the 2010 CFL Playoffs.

The CFL All-Stars will be announced on Wednesday, November 17.

Fans can vote by visiting www.cflallstars.com.