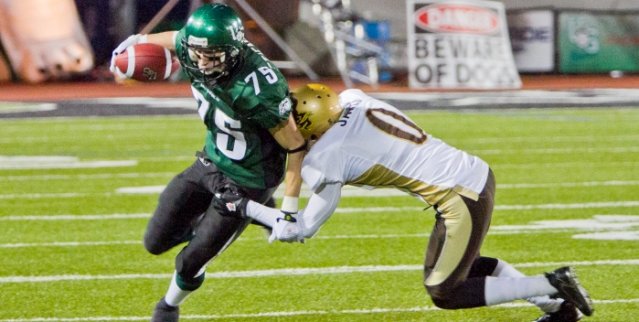 Then his phone rang; it was a reporter.

“It’s all sinking in right now,” said Etienne, a University of Saskatchewan Huskies’ wideout who on Tuesday was rated the No. 15 prospect for next spring’s 2011 CFL draft.

“I dropped my girlfriend off at a final, just got home and now I’m checking it out. It’s crazy to think about.”

The craziness is compounded by how Etienne worked his way onto CFL radar.

“This time last year, I was contemplating not coming back to play,” he notes. “I couldn’t have imagined being where I’m at right now.”

Etienne joined the Huskies as a kicker out of Regina’s Luther College in 2007. He convinced coaches to let him play receiver, but had just two career catches prior to this season.

His progress was slowed considerably by three broken bones in his back, suffered early in the 2009 campaign.

Last January, he was still in pain and pondering whether he even wanted to play football again.

At season’s end, Etienne was named a first-team all-Canadian.

“He’s continued to improve physically every year, but he’s still really only got eight or nine games of college football experience,” says Huskies’ coach Brian Towriss. “He’s a wonderful talent and he’ll continue to get better.”

Etienne’s status as a guy who came out of nowhere is reflected on the list of the 15 top draft prospects, released Tuesday by the CFL’s scouting bureau. He’s listed at 6-foot-3, 160 pounds, though that latter figure was his weight coming out of high school.

Etienne paused when asked if it was time to secure the services of an agent.

Five Canada West players made the top-15 list: Calgary slotback Anthony Parker at No. 3, Calgary wideout Nathan Coehoorn at No. 7, Alberta placekicker/punter Hugh O’Neill at No. 11, Calgary tailback Matt Walter at No. 14 and Etienne at No. 15.

He’s one of two new faces on the list, which was also released in September.

The CFL scouting bureau will update the list in April, after the league’s evaluation camp for top prospects. 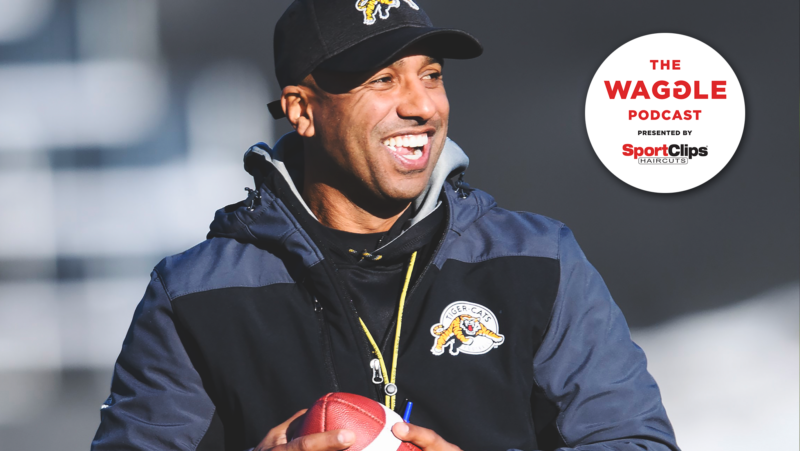