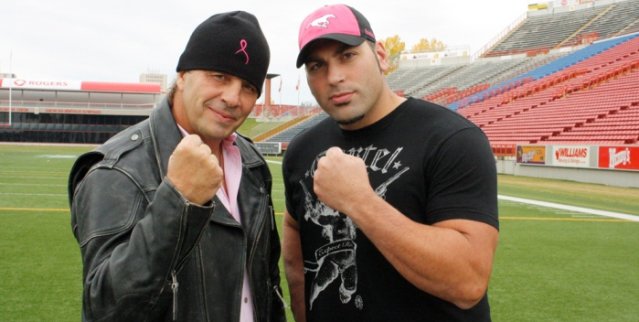 Now in its fourth season, the annual program consists of the Calgary Stampeders and their fans teaming up with the Canadian Cancer Society to fight women’s cancers. The PinkPower game will be held on Friday, Oct. 21 when the Saskatchewan Roughriders will be at McMahon Stadium.

Newly created, limited-edition pink toques and ball caps will be available at entrance gates for a minimum donation of $20, with all proceeds going directly to the Canadian Cancer Society. “Thing-a-ma-boob” key chains will also be available for $5.

Fans can also contribute by purchasing tickets for the Oct. 21 game at Stampeders.com/promo and using the code pinkpower. Five dollars from every ticket purchased in this manner will go the Canadian Cancer Society.

Randy Chevrier, a seven-year veteran of the Stampeders, is the team’s spokesperson for the Canadian Cancer Society.

“This cause is very important to myself and many players in the CFL,” said Chevrier. “Involvement for me is deeply personal as my mom is a breast cancer survivor and I lost a dear cousin very quickly to cancer.”

PinkPower was conceived by Peni Hufnagel – wife of Stamps general manager/head coach John Hufnagel – in 2008 with limited-edition pinks hats being sold. Last year, toques and scarves were featured and the product has sold out quickly in both previous years.

A record total of $48,000 was raised in the 2010 version of PinkPower and the program has raised in excess of $100,000 over its three-year existence. The Canadian Cancer Society dedicated $2.4 million in 2010-2011 to fund a broad range ofbreast cancer research projects across Canada. Women have a 40 per cent probability of developing cancer during their lifetime.