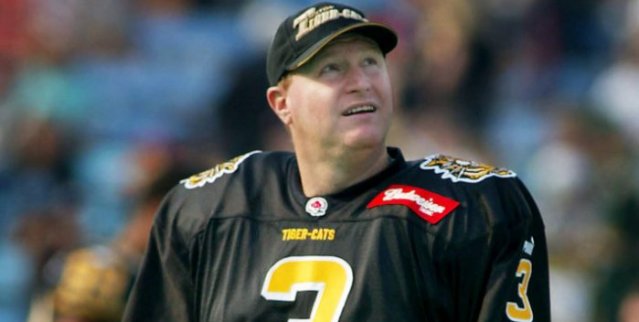 HAMILTON, Ont. — The Hamilton Tiger-Cats will add two players to the “Wall Of Honour” at halftime on Saturday when they host the B.C. Lions at Ivor Wynne in the final regular season game of the year. Kickoff takes place at 7:00 pm.

Both Pete Neumann and Paul Osbaldiston enjoyed storied careers as Hamilton Tiger-Cats and will be celebrated when their names are immortalized on the Wall Of Honour above the south stands.

Paul Osbaldiston enjoyed a storied 18-year career with the Tiger-Cats from 1986-2003. He was a seven-time East Division All-Star as a kicker and three-time CFL All-Star.

The Hamilton Tiger-Cats will also help tackle women’s cancers on Saturday night as part of the CFL Pink campaign.

Limited edition pink merchandise including hoodies, hats and T-shirts will be available at locations around the stadium, with a portion of the proceeds going to the Hamilton Health Sciences Foundation.

Part of the proceeds from tickets purchased through the HHSF will also be donated to the Juravinski Hospital and Cancer Centre.

Ticats players will also wear special pink equipment during the game to help raise awareness and honour those battling against women’s cancers.