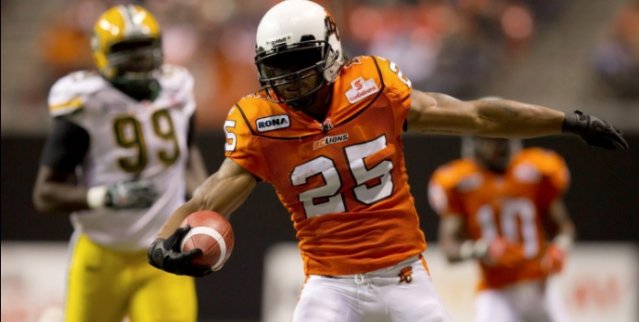 VANCOUVER — B.C. Lions running back Jamal Robertson and receiver Ryan Thelwell have called it a CFL career less than a week after capturing a Grey Cup.

Robertson made 27 regular-season appearances since he joined the Lions as a free agent in 2010, recording 217 carries for 1,249 yards and 11 touchdowns. He also had 73 receptions for 557 yards and 10 touchdowns.

Thelwell was a late season pick-up for B.C. when injuries hampered the club’s receiving corps. He appeared in two games for the Lions on special teams giving him 161 for his career as well as his third Grey Cup championship.

“Both Jamal and Ryan made valuable contributions to our club late in the season and played a key role in our success in the post-season,” Lions GM and head coach Wally Buono said in a statement Thursday. “They are both quality football players and even higher quality individuals.”

The Lions defeated the Winnipeg Blue Bombers 34-23 in the Grey Cup last Sunday.