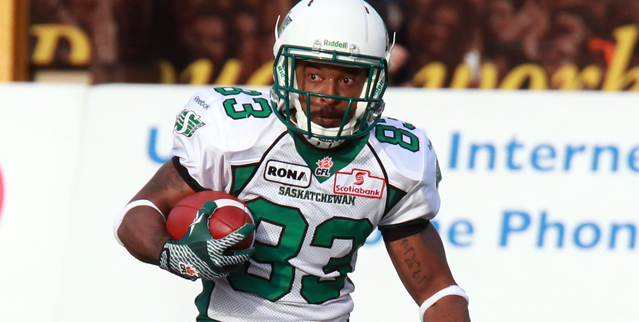 Moss leaves the Riders after appearing in only two games in an injury-riddled 2012 season. The 29-year-old failed to register a reception, but did return four kickoffs for 59 yards and added eight punt returns for 49 yards.

O’Sullivan, meanwhile, sees his Rider career come to an end after dressing in all 18 regular season games as the team’s third string QB begind Darian Durant and Drew Willy. He saw action in one game, completing nine of his 14 passes for 83 yards, while adding four yards on one attempt on the ground.