60 CFL games to be delivered live on ESPN networks 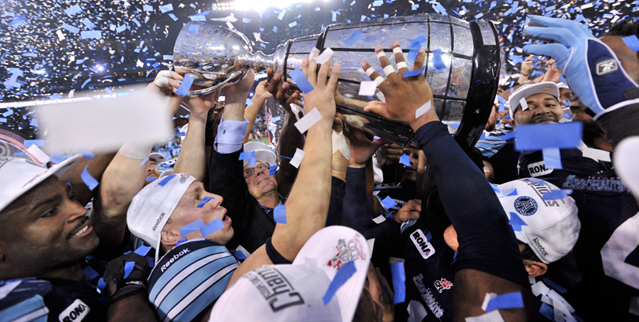 60 CFL games to be delivered live on ESPN networks

TORONTO — One game in each of the first five weeks of the 2013 CFL season will be televised live on ESPN2 in the United States, the Canadian Football League announced today.

“We are very excited that the CFL is returning to ESPN networks,” said Michael Copeland, President and Chief Operating Officer for the CFL. “Our league has a long history with ESPN, and we are thrilled to be expanding our relationship by offering our fans even deeper coverage this year, with live televised games on ESPN2, in addition to those available on ESPN3.”

The first game to be televised on ESPN2 is on Saturday afternoon when the Saskatchewan Roughriders take on the Edmonton Eskimos at Commonwealth Stadium at 3:30pm ET.

In addition, 55 other regular season and playoff games will be available live on ESPN3, ESPN’s live multi-screen sports network that is available more than 85 million homes to fans who receive their Internet or video subscription from an affiliated provider. All games are accessible online at

WatchESPN.com, on smartphones and tablets via the WatchESPN app, through ESPN on Xbox LIVE to Gold members and on Apple TV.

All CFL games are broadcast in Canada on TSN, with additional games available in French on RDS and RDS2.