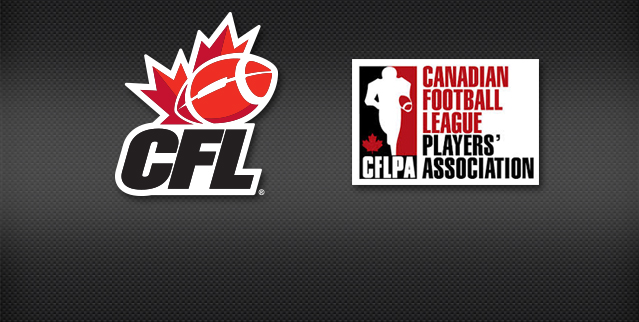 “This agreement provides stability for our teams at the same time it improves pay, health and safety, and mobility for players,” said Mark Cohon, Commissioner of the CFL.

“We’re looking forward to a successful season and working together to grow this great league.”

“The Players are committed to putting the best possible product on the field and are excited to get back to the game that we all love,” said CFL Players’ Association President, Scott Flory.

However, if the nine teams’ aggregate revenues (excluding Grey Cup) increase by more than $27 million in any year of the agreement, both sides will renegotiate an increase to the salary cap starting in the 2016 season.

The agreement changes the way players are classified. Instead of being known as non-imports and imports, they will now be classified as nationals and internationals.

A player will be considered a national player if he was a Canadian citizen at the time of signing his first contract, was classified as a non-import prior to May 31, 2014, or was physically resident in Canada for an aggregate period of five years prior to reaching the age of 18.

In the past, a player could be born in Canada and have Canadian citizenship, but not qualify for non-import status if he received his football training outside of Canada. One example would be the sons of some former CFL players, who may have been born in Canada but learned their football in the U.S.

While some have long argued non-import players should simply be called Canadians, there remain some players in the league who were counted as non-imports even though they are not Canadian citizens.

“The CFL Players’ Association would like to thank our fans for their support and understanding during this process,” said Flory.

“I want to thank our players, teams and especially our fans for their patience during this time,” Cohon said. “Now it’s time to focus on what we all love: the great game of Canadian football.”