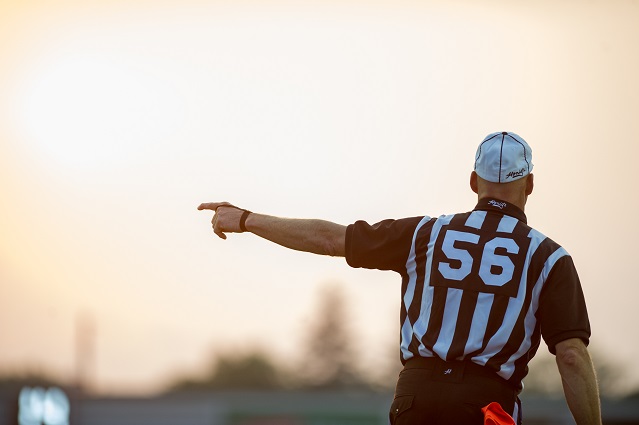 TORONTO — The convert would be less automatic, receivers would have more space, and the game would speed up.

Those are the projected outcomes if rules changes proposed today by the Canadian Football League’s Rules Committee are approved later this Spring by its Board of Governors.

“We have sought to be innovative while protecting the integrity of the game with a focus on player safety,” said Glen Johnson, the CFL’s Vice-President of Officiating and its representative on the Rules Committee.

“We believe we are recommending to our Board of Governors responsible ways to improve the tempo and flow of the game, reduce the number of stoppages including penalties, increase opportunities for scoring and excitement, and simplify our rules.”

The Rules Committee is recommending modifying the convert that follows a touchdown.

We’re INSIDE the rules committee meetings with a full recap to come on CFL.ca. #CFL pic.twitter.com/A7T87hCsnB

A kick for a single point, which now comes from the 12-yard line, would come instead from the 32-yard line.

In fact, there have only been 24 converts missed in 15 seasons, a frequency of just once in every 232 attempts or 47 games.

Under the proposal, a kicked convert that is wide would remain live and can be run back for a two-point score.

If a team opts to run or pass the ball into the end zone for a two point convert following a touchdown, the ball would be scrimmaged from the three-yard line, instead of the current five-yard line, which may entice more coaches to “go for two”.

Last year, there were only 23 two-point convert attempts, and seven, or 30 per cent, were successful.

The Governors also have the option of choosing to test a more radical approach during pre-season games: a convert worth three points when a team chooses to run or pass the ball over the goal line from the ten-yard-line.

To open up the passing game, the Rules Committee is suggesting a change designed to create more room for the offence.
It would allow a defensive player to contact a receiver that is in front of him within five yards of the line of scrimmage, but would not allow either player to create or initiate contact that impedes or redirects an opponent beyond five yards.

The Rules Committee recommends that on a punt play, when the ball bounces on the ground and a five yard no yards penalty is called, the penalty will automatically be added to the end of the return, or from the point the ball was first touched by the return team, whichever is better.

Currently, the receiving team has to choose between the five-yard penalty or the yards gained on the return.

It is believed that making the penalty more punitive may reduce the number of no yards penalties.

To increase the tempo of the game, the Rules Committee suggests that at any time in the game the offence be allowed to signal to the Referee that it doesn’t want to substitute and it wants to use a tempo offence.

The officials would then blow the play in immediately upon the ball and yardsticks being set for play.

This new protocol will be combined with a rule change made last year – which meant the offence no longer had to wait for the defense to substitute before initiating a play if the offence had not substituted.

Together, the changes create an opportunity for the offence to dictate the pace of the game.

On punts, the Rules Committee recommends prohibiting the five interior linemen on the kicking team from leaving the line of scrimmage until the ball is kicked.

This should reduce the number of illegal blocking and perhaps no yards penalties, while increasing the amount of room the receiving team has to set up a return.

There would be a ten-yard penalty for violating this proposed new rule.

Also to improve game flow, the Rules Committee wants to remove the ability of a coach to request a measurement, leaving it to the Referee to measure when he is unsure if a first down has been made or not.

The Rules Committee recommends maintaining the ability for a coach to challenge Defensive Pass Interference, an innovation introduced last year. But it goes one step further this year, suggesting that Offensive Pass Interference also be made subject to video review.
It also recommends no longer giving the receiving team the option of demanding that a team kick again after one of its kick offs goes out of bounds. The receiving team will either take the ball where it went out of bounds, or at a point 30 yards in advance of where the ball was kicked off, whichever is better.

“Our governors are charged with the special responsibility of ensuring our product is fast and exciting for our fans and we treat our great game and players with the utmost respect,” Johnson said.

“The changes we’re putting forward for their consideration represent our best advice in meeting these objectives.”

The Rules Committee includes several CFL coaches and general managers as well as representatives of the CFL, CFL Players’ Association and CFL Officials.
All of its recommendations are subject to review and approval by the CFL’s Board of Governors.