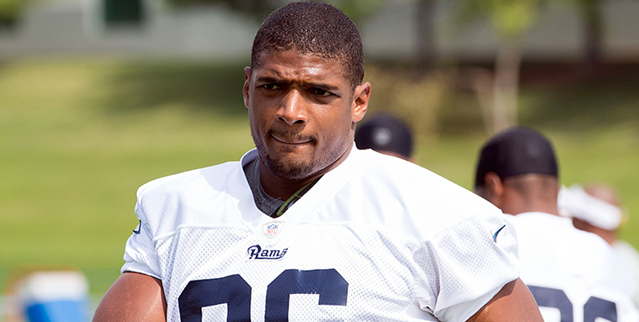 MONTREAL — The Montreal Alouettes announced Friday that they have signed former Missouri defensive lineman Michael Sam, who will join the team for rookie camp next week.

“I am very excited and proud to join the Montreal Alouettes and want to thank team Owner Robert Wetenhall, General Manager Jim Popp and Head Coach Tom Higgins for this opportunity,” declared the Alouettes’ newest member. “I cannot wait to put on the pads, get back on the field and work hard each and every day with my teammates to bring a Grey Cup to the great fans here in Montreal.”

Sam, 25, was originally drafted by the St. Louis Rams in the seventh round of the 2014 NFL Draft after a stellar senior season at Missouri in which he was earned All-American honours and was named Southeastern Conference Defensive Player of the Year.

Considered somewhat of an NFL ‘tweener’ by some south of the border – undersized for a defensive end but too slow to play linebacker – he was cut at the end of training camp before landing on the Dallas Cowboys’ practice roster in September.

Just over a month later on Oct. 21, 2014, Sam was waived by the Cowboys and once again an NFL free agent.

With the Alouettes holding Sam’s negotiation rights and General Manager Jim Popp publicly welcoming Sam to the CFL if interested, talks of him arriving in Canada picked up. While the front remained quiet throughout most of the CFL off-season, Popp told the Montreal Gazette late in March that he felt the Alouettes had a 50/50 chance of landing the talented free agent defender.

The Als’ veteran GM has maintained through various media that Sam would not only be welcome in the CFL, but his style of play would be a strong fit for the Canadian game. After months of hoping Sam would head north of the border, the Alouettes finally got a key player they coveted this off-season.

“With the signing of Michael Sam, we have become a better organization today,” said Popp. “Not only have we added an outstanding football player, we have added even a better person that brings dignity, character, and heart to our team.”

The Alouettes owned the CFL’s fourth-best defence last season while ranking third in the league with 51 sacks.

Commissioner Jeffrey L. Orridge said in a statement, “Congratulations to the Montreal Alouettes on the signing of Michael Sam. Our players come to us from different places, different walks of life and ultimately they take different paths to get to our fields. Today is another indication of how open and progressive the CFL is – consistent with our rich and storied history of great football tradition. Welcome to Montreal, Michael!”

“Very excited and proud to be joining @MTLAlouettes! Cannot wait to get back on the field and bring a Grey Cup to #Montreal!