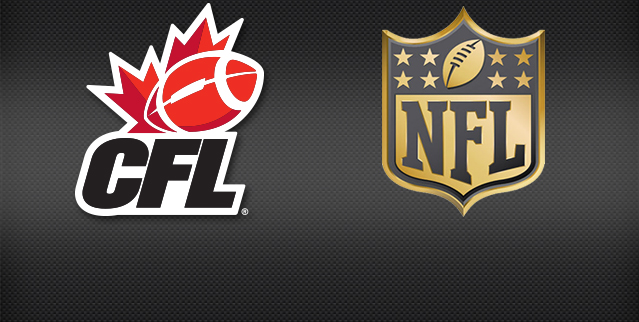 In addition to ongoing education, research and medical response protocols already in place in the CFL, medical staff of various CFL teams started using the King-Devick Test (K-D Test) in training camps this summer and will continue throughout the 2015 season. The K-D Test is an objective remove-from-play sideline concussion screening test, based on eye-movement, that is being utilized in addition to the CFL’s established sideline concussion examination. The NFL will contribute funding to help determine whether the K-D Test improves the ability to diagnose concussions.

“Collaborations like this one with the NFL are going to provide some useful data to help assess the ongoing advancement of technology and research in support of player safety,” said CFL Vice President of Football Operations Kevin McDonald. “Working together on initiatives such as this ultimately serves a primary objective which is the health and safety of our players.”

“Advancing the science around concussion diagnosis, prognosis and treatment to improve player health and safety is our priority,” says Dr. Richard Ellenbogen, co-chair of the NFL Head, Neck and Spine Committee. “We engage with the leading international experts and sports leagues to pursue that goal. We are grateful to the CFL, their teams and players for implementing the King-Devick Test this season to determine whether this protocol improves diagnosis and can make football, and all sports, safer.”

Concussions are a complex type of brain injury that is not visible on routine scans of the brain, yet are detectable when important aspects of brain function are measured. The K-D Test is a two-minute test that requires an athlete to read single-digit numbers displayed on cards or on a tablet to test eye movement. After suspected head trauma, the athlete is given the test and that time is compared to his preseason baseline time. This information as well as a full medical evaluation will help diagnose a concussion and subsequently remove a player from play.

Presently on NFL sidelines, there are approximately 27 medical staff at a stadium on game day, including an unaffiliated neurological consultant (UNC), who collaborates with team physicians to make in-game neurological assessments and who must independently approve a player returning to play following a suspected head injury. Since 2013, the NFL has required clubs to use electronic tablets with specially designed applications for the diagnosis of concussions. The X2 app, which includes a step-by-step checklist of protocols for assessing players suspected of head injury, as well as all players’ concussion baseline tests, is now an established component of the in-game concussion diagnosis and care. This record travels with a player wherever he goes in the league, so that his medical history is close at hand from game-to-game and team-by-team.

The medical staff at NFL games also includes an expert “eye in the sky”—a certified athletic trainer positioned in a stadium box who scans the field and television replays to help identify players with a potential injury who may require attention. Starting this season, the eye in the sky will be authorized to stop the game and call a medical timeout—which will not count against either team’s limit—if needed to provide a player with immediate attention.

This research collaboration is the latest in a number of research projects underway in Canadian football – both at the professional and collegiate levels. It is the latest step the NFL has taken to help scientists and doctors find breakthroughs that will benefit all athletes.

• In September 2012, the NFL announced a $30 million unrestricted grant to the Foundation for the National Institutes of Health (FNIH) to advance medical research on brain injuries, especially among athletes and veterans. This marked the single largest donation to any organization in the league’s history.

• In 2013, the NFL, along with GE and Under Armour, launched the Head Health Initiative, a four-year, $60 million collaboration to accelerate diagnosis and improve treatment for traumatic brain injury. The initiative includes the following:

• A two-year, open innovation challenge fund to invest up to $20 million in research and technology to better understand, diagnose, and protect against traumatic brain injury. The National Institute of Standards and Technology (NIST) is also supporting this effort.

More information about the steps the NFL is taking to make the game safer at all levels can be found at www.nflhealthplaybook.com.