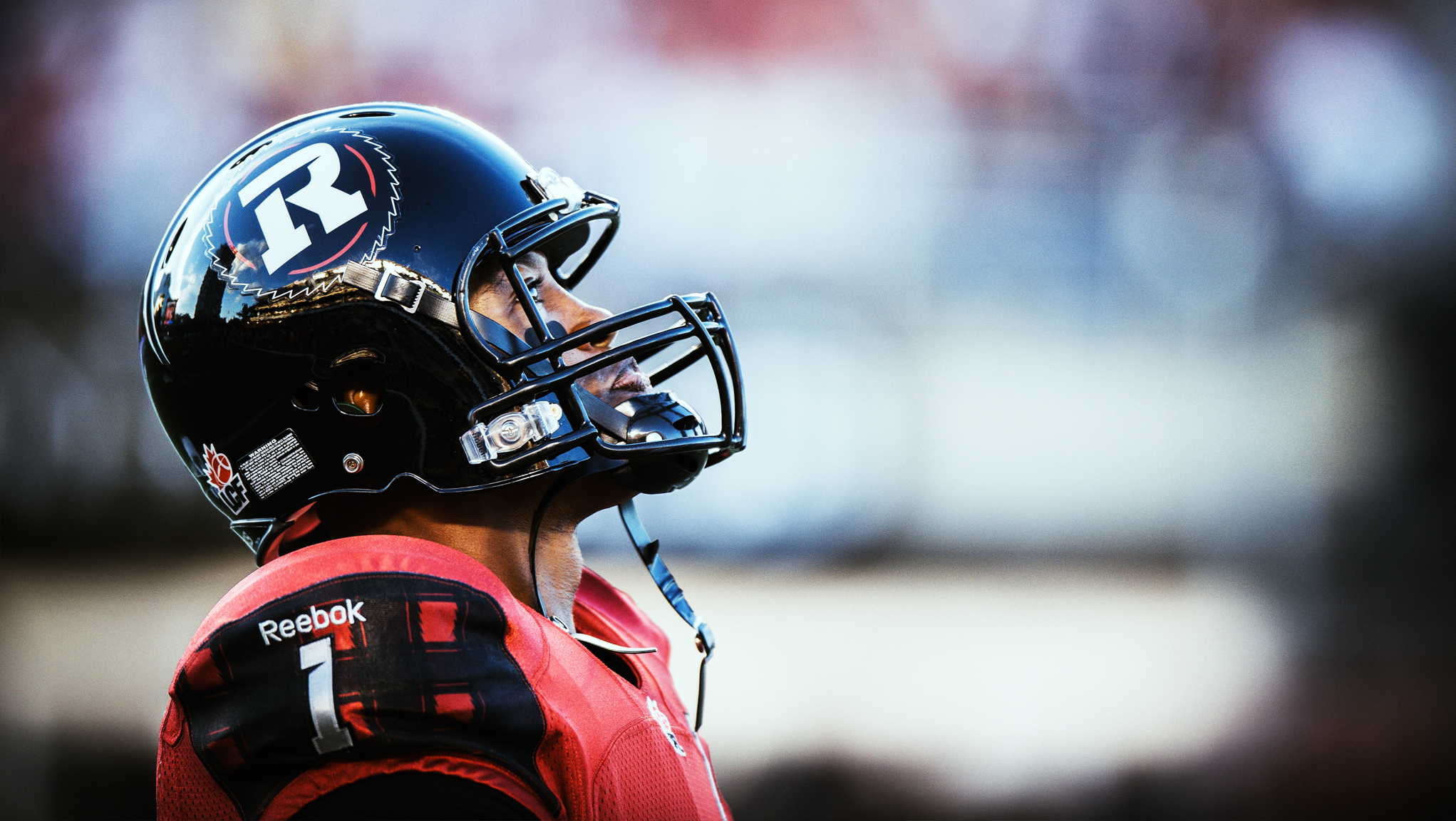 Most Outstanding Player Henry Burris leads the list of 27 players, including 16 first-time All-Stars and eight nationals, selected by the Football Reporters of Canada (FRC) and the league’s head coaches.

In total, 75 voters selected the 27 All-Stars. This is the 53rd year in which the CFL has named an All-Star team in recognition of the season’s best performers. 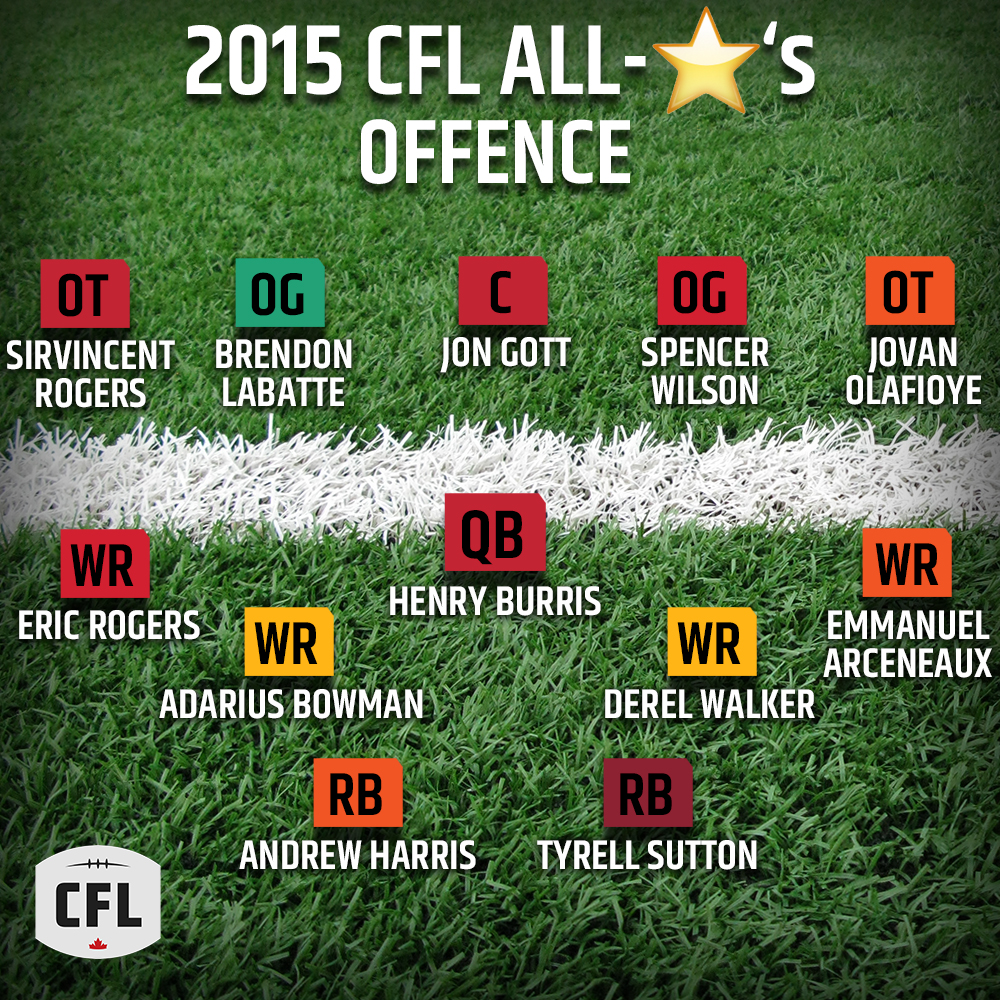 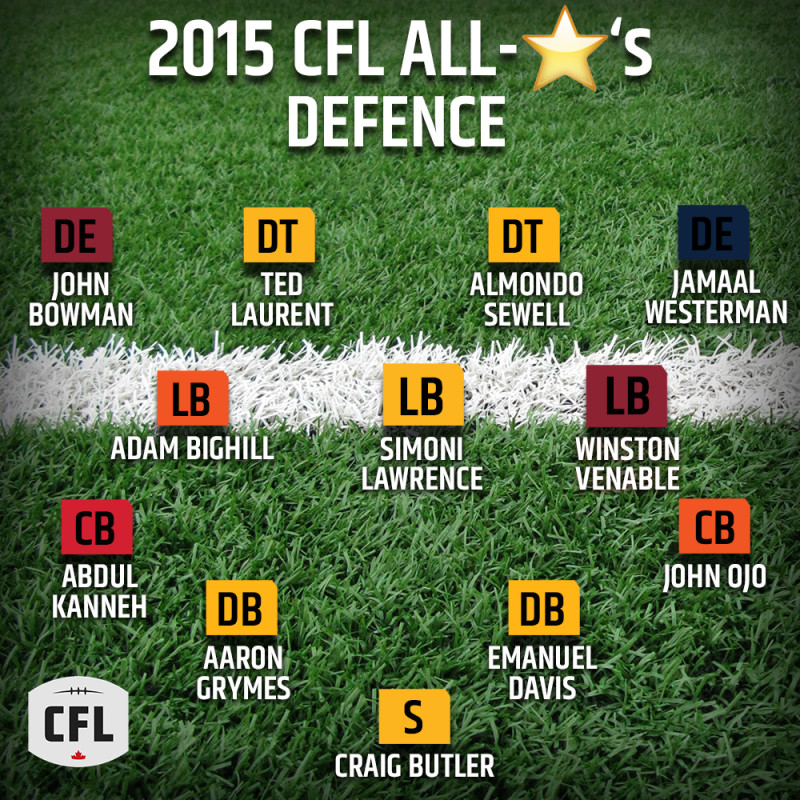 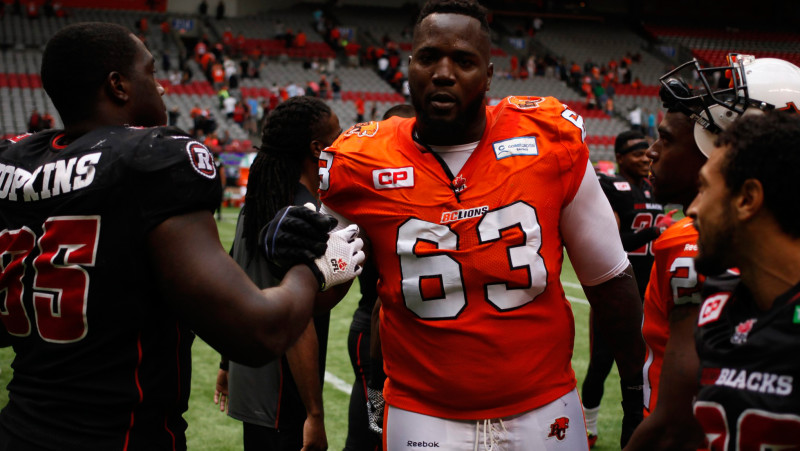 OLAFIOYE SHINES BRIGHT: After earning a nomination for Most Outstanding Offensive Lineman but losing the honour to SirVincent Rogers, Olafioye did earn his fifth straight All-Star nod in a row.

Lions offensive tackle Jovan Olafioye is used to having his name announced at this time of year, as he earns his fifth career nomination and has made the list five straight seasons. Olafioye was the key part of a Lions’ O-line that allowed only 34 sacks in 2015, one off league-leading Calgary and Montreal’s 33.

Olafioye is one of five Lions to be named to the All-Star roster as BC, Edmonton and Hamilton led all teams with five players each getting the call.

SirVincent Rogers edged Olafioye for Most Outstanding Offensive Lineman in November and was named an All-Star tackle along with the Lions’ left tackle, while Brendon LaBatte continues what’s been a solid career for him with his fourth All-Star honour.

Six All-Stars were named for consecutive seasons as LaBatte, Olafioye, Brandon Banks, Adarius Bowman, Ted Laurent and Almondo Sewell earn the honour for the second straight season, while LaBatte and Sewell join Olafioye as the only player with three straight years.

Edmonton’s Derel Walker sticks out as the only rookie on the list, but his star power is as bright as any other All-Star’s. Walker, 24, caught 89 passes for 1,110 yards with six touchdowns in only 12 regular season starts for the Green and Gold, and in the Western Final he caught 11 passes for 125 yards and a touchdown to lead Edmonton past the Stampeders and to the Grey Cup.

Only one team, the Toronto Argonauts, did not have a single All-Star nod while Winnipeg and Saskatchewan each had one All-Star. 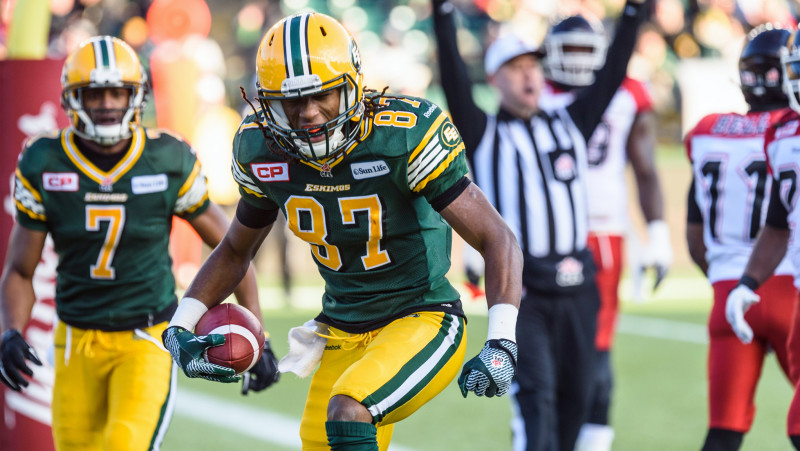