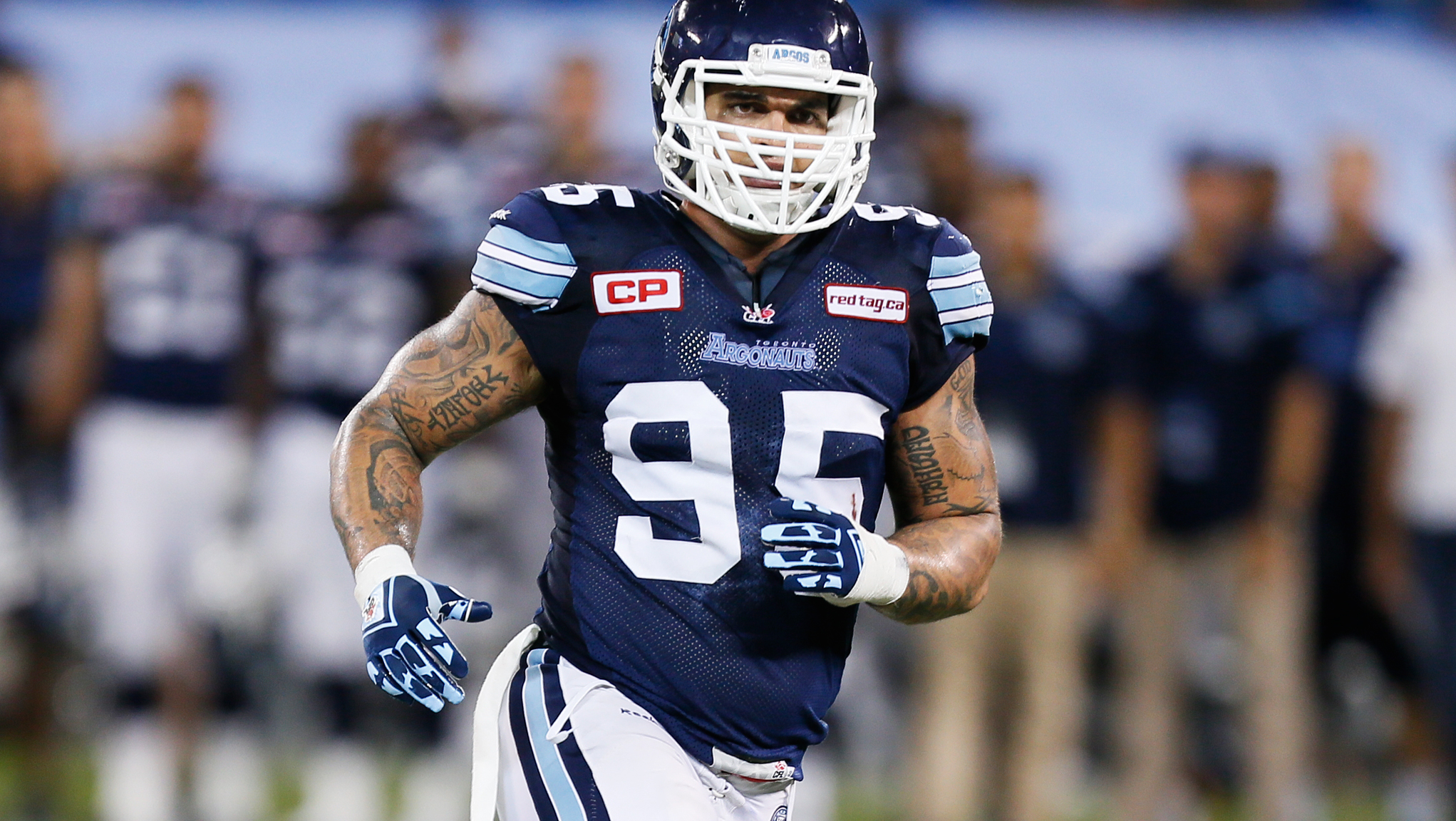 TORONTO — Ricky Foley isn’t going to be testing free agency this time around.  The veteran rush end has elected to remain near his hometown of Toronto, signing a contract extension with the Argonauts Wednesday.

“Ricky is from Toronto, a veteran of 10 CFL seasons, and a proven winner in our League,” stated Argos general manager Jim Barker in a statement.  “We are pleased he has committed long-term to our team and to his hometown.”

Foley re-upped with the Saskatchewan Roughriders last off-season but was quickly shipped back to Toronto where he won a Grey Cup in 2012, in a trade for linebacker Shea Emry.

“This team has been through a great deal over the past few seasons but that’s all over now and I can’t wait for 2016,” Foley said Wednesday. “BMO Field is going to be electric and I’m really looking forward to a new beginning for this franchise, my teammates and our fans, as well as an opportunity to win another Grey Cup at home. The Six is my home and it feels good to know this is where I will be.”

A product of York University, Foley grew up in Courtice, Ontario which is about an hour drive east of Toronto. He has won Grey Cup championships with the B.C. Lions (2006), Toronto Argonauts (2012) and Saskatchewan Roughriders (2013). He was voted the Most Valuable Canadian of the 100th Grey Cup game at Rogers Centre, and in 2009 he was named the CFL’s Most Outstanding Canadian. Foley was originally drafted by the Lions with the fourth overall pick in the 2006 CFL Draft. A ten-year CFL veteran, his career regular season numbers include 56 QB Sacks, 343 defensive tackles, 57 special teams tackles, 12 fumble recoveries, 8 forced fumbles and 1 interception.

The Argonauts also announced today that national DB Marcus Grandison has signed with the club. A 6-0, 200-pound native of Toronto, Ontario spent the 2015 CIS season at the University of Toronto after previously spending time at Butte College and York University. In his lone season with the Varsity Blues, the local product registered 25.5 defensive tackles, two forced fumbles, one fumble recovery and two pass breakups.