CALGARY — The Calgary Stampeders locked up a key part of their national core on Monday, announcing they’ve reached a contract extension with defensive lineman Junior Turner.

Turner was the Stamps’ 2015 nominee for Most Outstanding Canadian, starting all 18 regular-season games at defensive tackle. He had one of the best years of his career, recording 32 tackles — including a team-high five tackles for loss — and adding three quarterback sacks, a fumble recovery for 46 yards and four pass knockdowns.

“Junior is an important part of our defence who has made steady progress since joining the team,” said General Manager John Hufnagel. “I’m pleased that he has chosen to remain in Calgary and look forward to seeing him build on his past performance.” 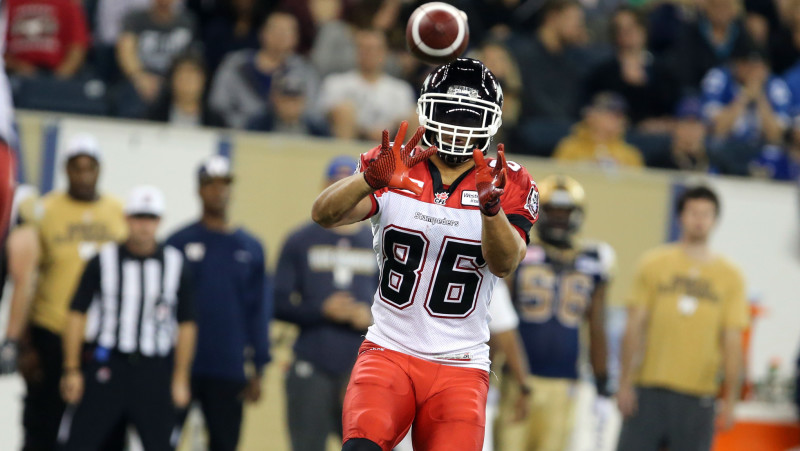 Turner has played five seasons for the Stampeders after being selected in the 2011 CFL Draft. He has played a total of 74 games and recorded 123 tackles including eight tackles for loss, 10 sacks, six knockdowns, a forced fumble and two fumble recoveries.

“Thank you to everyone in the Stampeders organization for their belief in me and for allowing me to continue to be a part of a special tradition,” said Turner. “I love Calgary and I love playing for the great Stampeders fans.”