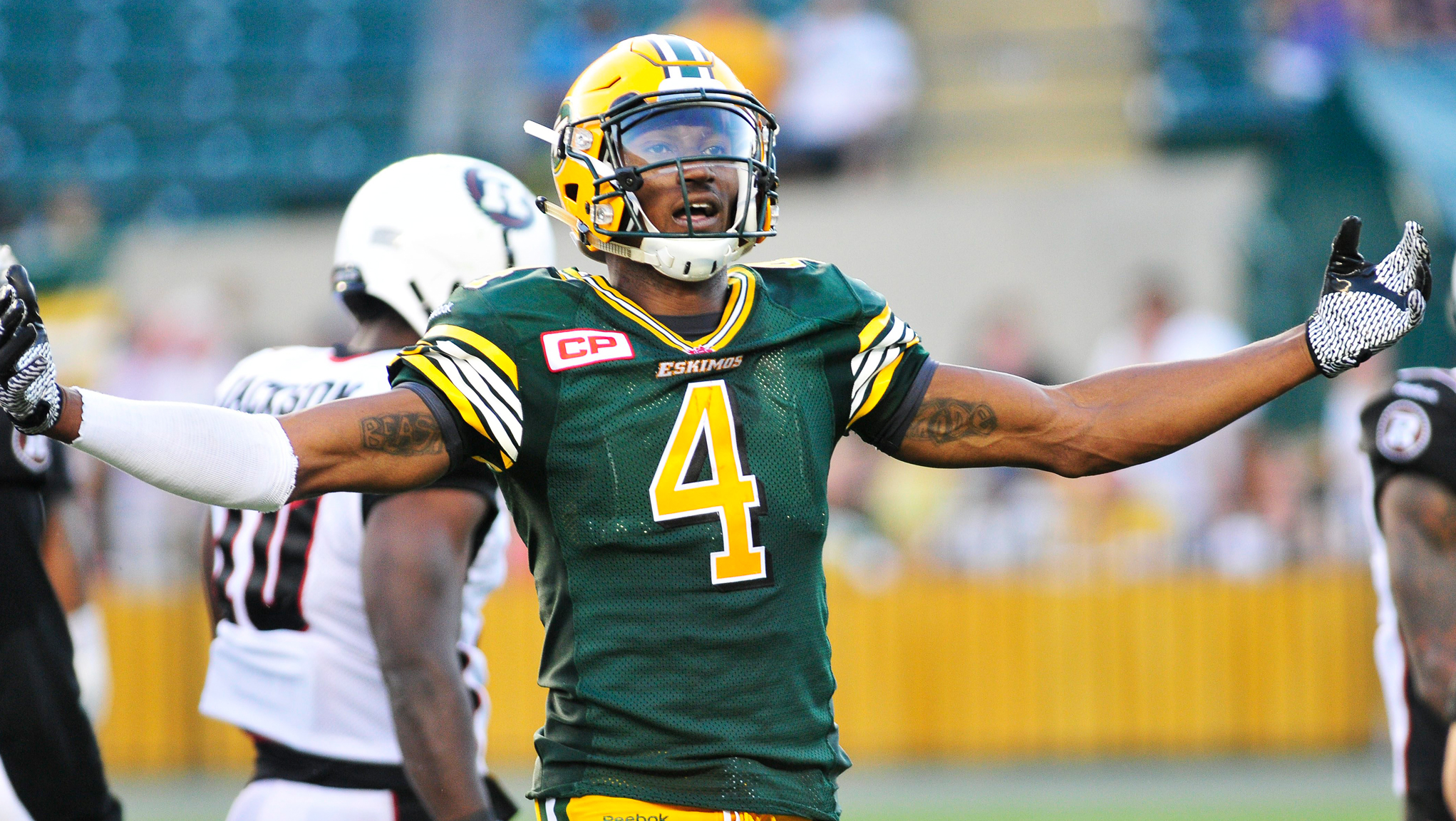 EDMONTON — The Edmonton Eskimo announced Tuesday that pending free agents Adarius Bowman and Almondo Sewell have both signed contract extensions that will keep the all-star duo in Green and Gold through 2017.

Bowman recorded 1,304 receiving yards on a league-high 93 catches with a career-high seven touchdowns in 17 games (17 starts). He added five 100+ yard receiving games this season, including a 12-catch, 208-yard performance where he hauled in a touchdown pass in Week 18.

During the 103rd Grey Cup Playoffs, the Oklahoma State product recorded six catches for 74 yards and one touchdown in the West Final against Calgary. In the Grey Cup championship game, Bowman had four receptions for 73 yards, highlighted by a 23-yard touchdown in the first quarter.

Entering his 9th CFL season, Bowman has amassed career totals of 448 catches for 6,729 yards and 34 touchdowns.

Earlier this month, he was named a West Division All Star and a CFL All-Star for the third consecutive season.